January 06, 2018
A roundup of the week's news of birds and the environment: 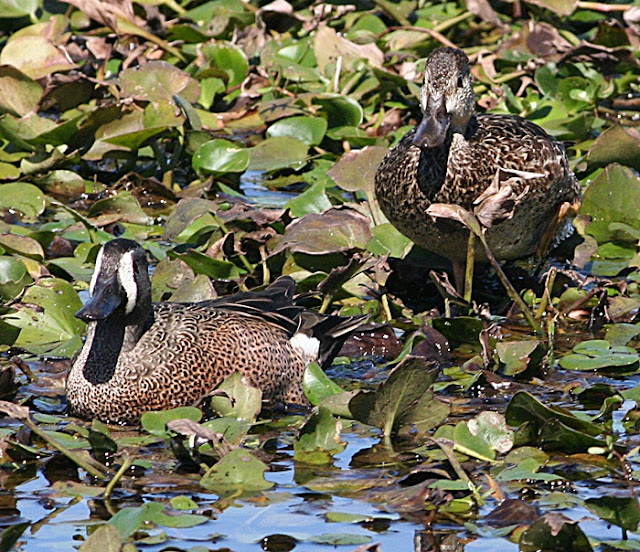 Did you know that 2018 is the "Year of the Bird"? Several conservation organizations, including Audubon and National Geographic, have joined together to jointly proclaim this as the Year of the Bird to commemorate the centennial of the Migratory Bird Treaty Act, the most powerful and important bird-protection law ever passed and a main reason why many more North American birds have not gone extinct in the past hundred years. Unfortunately, even the best laws depend on humans to enforce them and, as I reported here last week, the humans currently in charge of administering the MBTA will not be enforcing some of the regulations that protect birds.

And in other news of the rape of the environment currently occurring before our eyes, the current administration in Washington unveiled a controversial proposal Thursday to permit drilling in most U.S. continental-shelf waters, including protected areas of the Arctic and the Atlantic, where oil and gas exploration is opposed by governors from New Jersey to Florida, nearly a dozen attorneys general, more than 100 U.S. lawmakers, and the Defense Department.

Meanwhile in Texas, many citizens of the northern part of the state have become alarmed over the increase in earthquake activity there and they are sure there is a connection between that and the increased hydraulic fracturing and wastewater injection as a means of extracting gas and oil from the ground.

Bloggers have been busily putting up their "best of 2017" lists over the last several days and a bird blogger in England, the "Wanstead Birder," has joined the party by putting up his ten best bird pictures of the year. They are really beautiful and some are downright amazing. Well worth a look.

White nose syndrome has been devastating bat populations in the eastern United States for several years. Now comes new research which indicates that the fungus that causes the disease cannot withstand ultraviolet light and that gives scientists hope that they have at last found the key to combatting the deadly affliction.

We know that birds are adaptable creatures. It's how their ancestors survived when other dinosaurs vanished. But can they adapt fast enough to respond to the challenges of global climate change? A new study by UCLA biologists of the Yellow Warbler explores that question.

The "dead zones" of no oxygen in oceans have quadrupled since 1950 and the number of very low oxygen sites near coasts have increased tenfold. Most sea creatures cannot survive in these zones and current trends would lead to mass extinction in the long run, risking dire consequences for the hundreds of millions of people who depend on the sea.

An unidentified small bird - some say a sparrow, some say a hummingbird, but a sparrow seems most likely - recently held up a Delta flight in Detroit that was bound for Atlanta. The bird somehow got into the cockpit of the plane and there was a long delay before anyone could finally capture it to be returned to the outdoors and allow the plane to go on its way.

A memo leaked last year shows that the Interior Department has been directed to take into account political concerns rather than scientific information when considering plans for protecting endangered species. Why am I not surprised?

In their campaign to undo the protections to the environment afforded by previous administrations, the current administration in Washington has announced plans to shrink three major marine monuments and allow commercial fishing. This has produced anguish and anger in environmental groups that have fought for these protections. Suing to stop the plans is most likely their next step.

Scientists say that some of the effects of global warming are unavoidable but that if we can manage to keep the planet's rise in temperatures under the 2 degree Centigrade mark, we may be able to avoid the worst consequences.

Birds that mate for life, or at least for long periods, have an advantage over those that must seek a new mate each year, since they don't have to waste time attracting a mate and can get right down to the business of building a nest, defending a territory, and procreating. A new study of Bullfinches confirms that they are among the species that form long-term pair bonds.

New research has shown that wildlife-friendly farming practices can help bird populations bounce back. For example, planting wildflowers that attract insects and nectar and seed eaters is one way to help support birds.

Ironically, global warming may be fueling the cold blasts that are currently affecting much of the northern hemisphere. The loss of sea ice may be weakening the polar vortex, allowing colder weather to dip south from the Arctic, across North America, Europe and Russia, a new study says.

Meanwhile, when your climate change-denying friends chortle about how we could sure use some global warming about now, you might remind them that we are in the northern hemisphere and it is winter here. Before they get too complacent they should check the temperatures today in Rio or Sydney or Capetown.