December 29, 2017
A roundup of the week's news of birds and the environment: 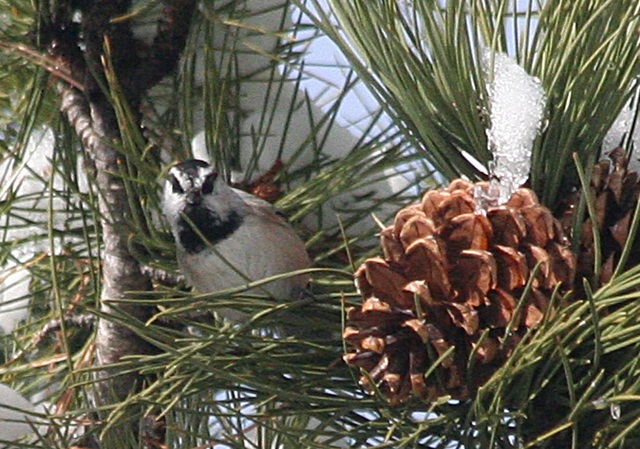 The Interior Department has rolled back an Obama-era policy aimed at protecting migratory birds, stating that it will no longer prosecute oil and gas, wind, and solar operators that accidentally kill birds. The new interpretation of the Migratory Bird Treaty Act (MBTA), which was issued on Friday before Christmas, marks a win for energy interests that described the policy aimed at protecting the birds as overreaching.

Type the words “climate change” into Google and you could get an unexpected result: advertisements that call global warming a hoax. That's because groups that reject established climate science are using the search engine’s advertising business to their advantage, gaming the system to find a mass platform for false or misleading claims. And speaking of sources of misinformation, our current president apparently doesn't know the difference between weather and climate since he tweeted that we could "use a little bit of that good old Global Warming" to ameliorate our cold winter weather. Scientists took time to explain the whole thing to him, but I doubt that he heeded their words.

Another casualty of Hurricane Harvey's passage through Houston was our famous Waugh Bridge Bat Colony. Tens of thousands of bats lived under the bridge and their daily emergence at twilight to hunt for insects was a popular viewing event for residents and tourists. Fully half of the bats were estimated to have been killed or displaced by the floodwaters. As the waters rose, residents desperately tried to save them but it was not a perfect solution.

"Living Alongside Wildlife" has information about species that have gone extinct in 2017.

On a more positive note, here is a list of twenty species that were discovered in 2017.

We know that coral reefs are in danger of disappearing from our oceans because of the effects of global climate change, but there is hope. New super corals bred by scientists to resist global warming could be tested on the Great Barrier Reef within a year as part of a global research effort to accelerate evolution and save the “rainforests of the seas” from extinction.

It's shaping up as another winter to remember for fans of the Snowy Owl in the eastern part of the country. It looks like another big irruption of birds south from Canada is underway.

BirdLife has a list of ten birds that have been saved from extinction. One of them is North America's own Kirtland's Warbler. Especially good news about the Kirtland's comes from Wisconsin where a record number of nests were found this year, a decade after the first bird was recorded in the state.

Birding is a distressingly white hobby. Birders of other races sometimes encounter racism in the field even as happens in other life activities. It is important to be aware of this and to support people of any race who want to participate and to let those who show prejudice know that it has no place in our hobby. Birds don't care about their watcher's race or ethnicity and neither should we.

Emerald Ash Borers not only kill trees but also change the composition of the invertebrate population that lives on the ground under those trees.

New Zealand's famous flightless parrot, the Kakapo, was eaten almost to extinction by invasive predators. A long-term conservation effort has brought it back from the edge of extinction but still more must be done to eradicate those invasive predators and provide safe havens for the bird if it is to ever again have a stable population.

The "Incidental Naturalist" has an appreciation of Turkey Vultures. As one who is also an admirer of these most necessary birds, the angels of death, I found the article interesting.

Neonicotinoid pesticides are deadly for bees. Bumble bee queens that are exposed to the pesticides are slower to start colonies in the spring, if indeed they even survive their exposure.

A Utah representative has introduced legislation that would further reduce protections for the Grand Staircase Escalante National Monument. It would remove the monument from the administration of the National Park Service and would have it managed by a newly created “management council” of seven people, including four local county commissioners and one Utah state representative.

A new study estimates that the carbon sequestered in Earth's vegetation could be more than doubled if habitats could be restored to their original state. 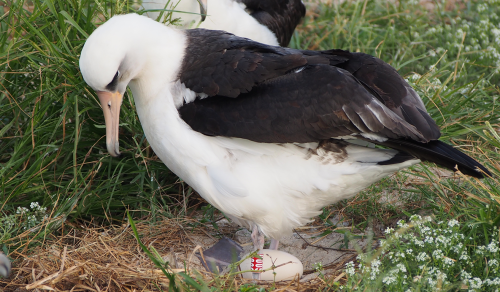 Here's our annual Wisdom update: The Laysan Albatross known as Wisdom, the world's oldest known breeding bird at 67, has returned to her nest on the Midway Atoll and has laid an egg! Congratulations and best wishes to the plucky bird. How sad it would be to have to report that she had not returned.

And finally, for your viewing pleasure, here's a video of Sandhill Cranes and Snow Geese on the Platte River in the midst of their great migration.