December 09, 2017
A roundup of the week's news of birds and the environment: 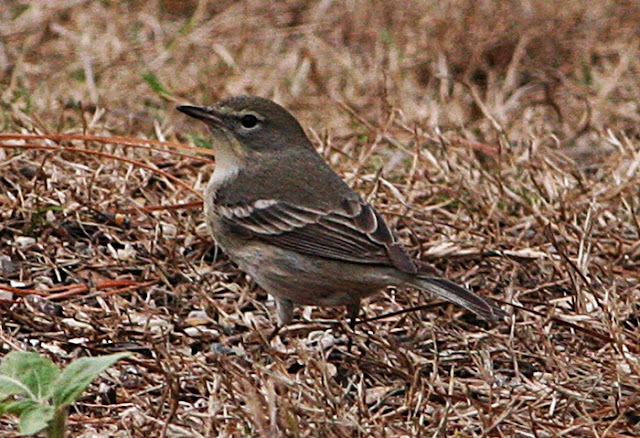 Yellow-rumped Warblers have been back in the area for a while now. I hear their cheerful chips whenever I am outside during the day. So, another winter visitor can be ticked on my list. Most have been accounted for by this time.

The big environmental news of the week was the inferno devouring southern California. More than 120,000 people have had to flee their homes. Some ever-cautious scientists acknowledge that the fires this year have likely been exacerbated by the effects of climate change. Is this what our future will be?

The current administration in Washington continued to take a wrecking ball approach to their conservatorship of public lands this week, as the president made his long anticipated announcement about reducing the areas protected in Bear Ears National Monument and the Grand Staircase-Escalante. More such announcements are expected as conservation organizations and affected tribes join forces to fight the moves in court.

And, of course, the tax bill just passed in the Senate contains a provision to allow drilling for oil in the pristine and fragile environment of the Arctic National Wildlife Refuge, something that has been a dream of Republicans and those who whisper in their ears for as long as I can remember.

The Peregrine Falcon was well on the road to extinction when Rachel Carson wrote her seminal work, Silent Spring, that pointed out the perils of the profligate use of pesticides, especially DDT. Governments acknowledged the danger and took steps to eradicate the problem and save the threatened and endangered birds. The Peregrine responded and has now recovered to the point that Canada is removing it from its list of threatened species.

A group of researchers argues in Biology Letters that a study of bees helps in the understanding of how hummingbirds function, not surprising I guess since they employ similar feeding techniques. The researchers say we could think of hummingbirds as bees with feathers. 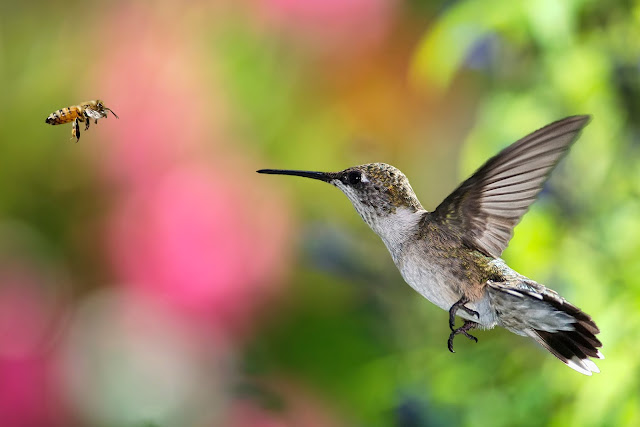 Journalists are stretched thin and are under attack these days, but more is needed from them on the environmental front. Wildlife and environmental crime, especially trafficking in wild animals and animal products, is vastly underreported.

As the climate changes, songbirds, as has been reported here before, are changing their ranges and their migration patterns. A new study found that California songbirds are now migrating earlier in the spring and later in the fall.

Atlantic Puffins in Ireland are having to travel farther and farther to find food for survival. Consequently, when they return home, they are often too exhausted to breed and the population of the birds is declining as a result.

Just like the birds in California, UK's birds are arriving on their breeding grounds up to 20+ days earlier in the spring and are leaving later in the fall because of climate change.

The millipedes that I occasionally see around here are invariably brownish, but there is one that lives in Virginia's Cumberland Mountains that has more color combinations than any other millipede known to science. 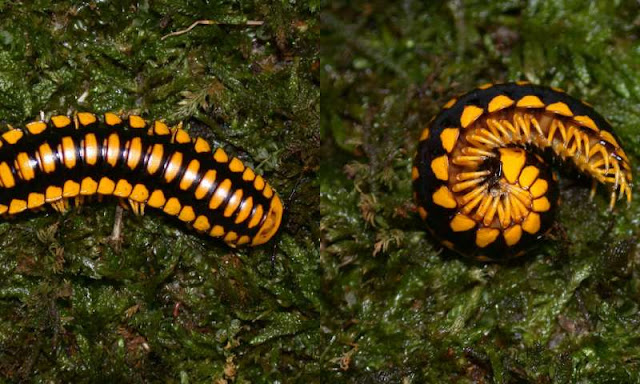 A weird fossil of a swimming dinosaur smuggled out of Mongolia looks somewhat like a swan and likely behaved something like a cormorant. The fossil is so strange that scientists originally thought it might be a fake but have now accepted it as real.

Birders, especially those trying to get a good picture, risk stressing out sensitive birds, particularly in winter when it may already be difficult for the birds to find food. Such charismatic and popular birds as Snowy Owls are often victims of these birders' and photographers' thoughtless behavior. 10,000 Birds has a blog post about Snowy Owl ethics, how to enjoy the birds without creating problems for them.

A new app called Frog ID is being used by Australian citizen scientists to record and upload the sounds of frogs that they hear so that they can be studied by researchers.

And over in New Zealand, there is some good news for Kiwis: The status of the Okarito Kiwi and the Northern Brown Kiwi has been upgraded from endangered to vulnerable thanks to success in controlling invasive predators like stoats and cats.

Extreme heat sometimes forces hummingbirds to seek shade instead of foraging for food, recent research shows. Global warming could test the tiny birds' capacity to adapt. With hearts beating more than 1,000 times a minute, hummingbirds need to feed constantly, which means they can ill afford to spend time dodging sunshine, according to a report in the journal Royal Society Open Science.