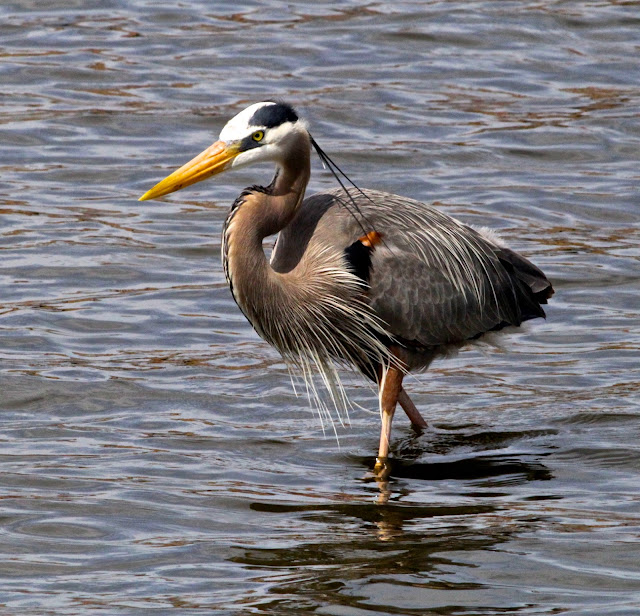 In 2014, I read Elizabeth Kolbert's book The Sixth Extinction. It outlined the five previous great extinction events that Earth has suffered and made the case that the sixth such event is underway, caused this time by human actions. It was a chilling read. Now, according to recently released research, there can be little doubt that a biological annihilation of wildlife in recent decades means that the sixth extinction event is indeed happening.

Another new report says that it is a mistake to focus just on extinctions; population declines can be just as troubling and the extirpation of a species in a particular location can be a first step toward extinction and should garner more attention and preventive action.

We don't generally think of predators as having predators but, of course, they do. Recently, a Great Horned Owl was caught on video snatching an Osprey chick from its nest on Hog Island. Cameras at the nests of Ferruginous Hawks, North America's largest hawk, have recorded predation by owls and by raccoons.

Colombia has more than 1,900 species of birds, more than any other country. Now that the country's decades-long civil war has ended, they are trying to take advantage of this natural resource to encourage more ecotourism and to welcome birders who are eager to add some of those 1,900 to their life lists.

This week marked the 200th anniversary of the birth of Henry David Thoreau, one of the founders of ecological thought and writing on that subject in America. The Thoreau Reader, a project in cooperation with the Thoreau Society, lists and gives links to many of his writings as well as writings about him.

Did you know that crows hold funerals for dead members of their communities? Or at least something like that. They will often call to each other and gather around when they observe a dead crow.

We probably shouldn't be surprised by "crow funerals" for after all the corvid family ranks among the smartest of birds. Recent experiments, for example, have proven that ravens, another member of the family, are able to plan for the future. That's more than some humans can do!

Scientists have been monitoring the Larsen C ice shelf on Antarctica for several years, as a more than 120 mile long crack developed and grew. Now, it has been confirmed that the iceberg has broken free of the continent and is floating in the South Atlantic.

The administration in Washington has assembled secretive teams to work with lobbyists to aggressively roll back government regulations.

The newly named Cassia Crossbill is a member of the crossbill clan that feeds primarily on the cones of lodgepole pines. The bird is a non-migrating resident of Newfoundland and there are concerns about its continued viability as habitat is lost.

Seaside Sparrows are another bird at risk due to loss of habitat. They are losing habitat as sea levels rise due to global warming and, as that happens, they are having to move farther inland to nest, but as they do that, they become more susceptible to predators. 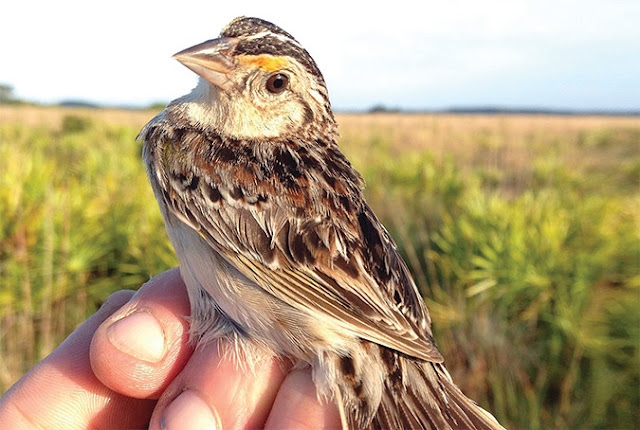 This is currently North America's most endangered bird species, Florida's Grasshopper Sparrow. There are only 50 to 60 of the birds left in the wild. A coalition of conservation organizations have joined together to try to save the bird through a captive breeding program.

Unfortunately, it isn't just endangered and threatened species that face the danger of annihilation. The activists who risk their lives to try to save them are losing their lives to violence at a record rate. Two hundred were killed in 2016 and so far 98 have been killed in just the first five months of this year.

The 62-million-year-old fossil of a tiny bird that was found in New Mexico is giving scientists new information about the speed with which birds evolved after the extinction of large dinosaurs.

Bobcats are extremely adaptable critters, able to make a living even in some fairly urban environments. For example, New Jersey. The Endangered and Nongame Species Program there has been working to reintroduce and establish the state's only native wildcat and it seems that the program has been quite successful.
weekly roundup