July 18, 2017
July 18 is a date of some significance to my life. Most importantly, it is the birthday of my late mother, Reba Cromeans. Were she still alive, she would be 96 years old today. 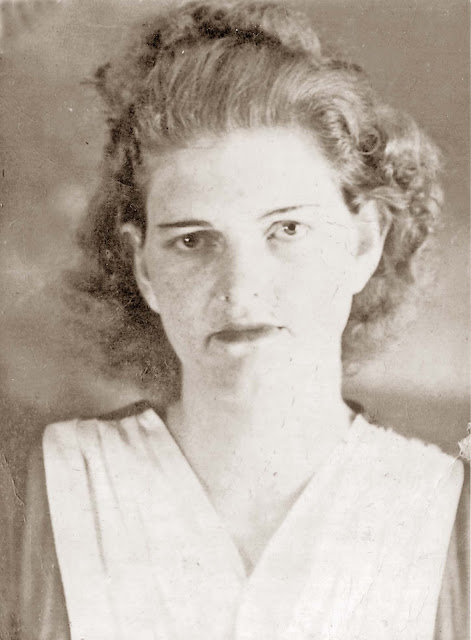 Reba in her mid-twenties, one of my favorite pictures of her.

My mother, like most of us, was anonymous. The world did not note nor remember the date of her birth. Or her death. That is left to those of us who cared for her.

That is most certainly not true of the other woman important to my life for whom July 18 was a significant date. Her name was Jane Austen. You may have heard of her.

Jane Austen died on July 18, 1817. This two hundredth anniversary of her death has given an excuse for her legion of fans and admirers to pen tributes to her. For example, seven present-day writers make the case for each of their favorites among Jane's novels.

In the Times, Radhika Jones makes the point that unlike some famous writers of today (Here's looking at you, George R.R. Martin!) Jane Austen never killed off any of her major characters. Although death plays a significant role in some of the plots - Sense and Sensibility and Pride and Prejudice spring immediately to mind - the deaths themselves occur or are anticipated off stage.

Also in the Times, there is a fun quiz (if you are into such things) about Jane's life and afterlife. Answer the questions and find out how much of a Janeite you are. I got only 5/10 right, so I hardly even qualify.

And the articles go on and on.

But what accounts for the power of Jane Austen's writing? Why does she still exert such a hold on so many of us 200 years after she left us?

For me, the answer is clear: She wrote about us or our 18th - early 19th century equivalents. People with whom we can identify. Ordinary, anonymous, flawed, often annoying human beings. Human beings who live our lives within the circumscribed limits of our acquaintances and of society. Even when we rebel against those limitations, we are ultimately, in ways that we may not acknowledge, enclosed by them.

In fact, Jane wrote about human beings not unlike herself. Or my mother.

A little known fact about my mother is that when she was young, she very much wanted to be a writer. She never got that chance, but both she and Jane used the talents and resources they had to live the most productive lives that they could. Jane produced six novels and other writings for the ages. My mother produced me.

Weighed in the balance, I can't compete with Jane's writing, but, on the whole, I'm happy to be my mother's one masterpiece.
Jane Austen mother remembrance