December 31, 2016
A roundup of the week's news of birds and the environment: 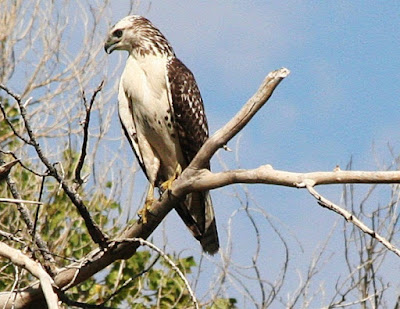 The Union of Concerned Scientists have more than ever to be concerned about with the incoming administration in Washington. They are especially concerned about the selection of climate change denier Ryan Zinke as Secretary of the Interior. Meanwhile, as an anti-science, anti-environment administration takes control of the federal government, it will be up to local officials in states to take a more aggressive stance in protecting the environment and public health.

John Platt of Scientific American's "Extinction Countdown" has a review of the best wildlife conservation stories of 2016. Yes, in this awful year there have actually been some bright spots, most of which have been reported here.

The clandestine nature of crimes against wildlife make such violations difficult to identify and to prosecute. The National Whistleblower Center, hoping to address the problem, has established a Global Wildlife Whistleblower Program. It is a secure website and attorney referral service that will help people provide tips on wildlife crime and obtain rewards from whistleblower provisions of relevant laws.

The overall shapes of birds provide important clues for their identification, clues which experienced birders learn to decipher. But the forms and shapes of birds can change subtly as they go into and out of the breeding season or prepare for winter.

As Earth's temperatures continue to rise, birds are migrating earlier and earlier. Summer breeding birds are reaching their nesting grounds about one day earlier for every degree rise in temperature.

Roll call of the dead: Here is a list of animals that went extinct in 2016.

A Seattle woman, Jen McKeirnan, set out to do a special kind of Big Year in 2016. Her intention was to try to photograph in its natural habitat every species of bird known to inhabit Washington state. As of mid-December, she had found 285 of her 346 target species and she expected to fall a bit short of her goal. Still, that is an amazing achievement.

Adelie Penguins are specially adapted to survive and thrive in the harsh cold and windy environment of Antarctica.

The deaths of four bears in Pennsylvania are being blamed on their ingesting the berries from a non-native invasive plant, the English yew. The berries of the plant are known to be highly poisonous if ingested by humans or animals. One more reason for using native plants in our gardens.

The rare and mysterious Night Parrot of Australia is adapted to life in the harsh arid zone, but when it must drink it puts itself at risk to predators. Conservationists are studying how and when the parrots drink in order to try to provide better protection for them and they are working to eliminate populations of feral non-native predators that pose a threat to the endangered bird.

Northern breeding birds are threatened by a warming climate. The deteriorating climate creates a huge risk for disruption of their breeding cycle and could put survival of vulnerable species in doubt.

Meanwhile, there is a wildlife mystery on Seahorse Key in Florida. A thriving seabird breeding colony disappeared two years ago and scientists are not sure why. There are many theories but research on the mystery continues.

Species of birds often get split as new information about their genetic makeup is obtained. It appears that the Willet may be a candidate for such splitting, with the East Coast and West Coast varieties being different enough to warrant such a separation.

Project SNOWstorm tracks the migrations of Snowy Owls and their move south in winter. Some of the owls that are wearing tracking devices have returned to their winter ranges and are providing data from their year's travels. Meanwhile, a Snowy Owl has been found at Island Beach State Park on the Jersey shore and visitors are being warned to keep their distance to avoid disturbing the bird.
weekly roundup