December 17, 2016
A roundup of the week's news of birds and the environment: 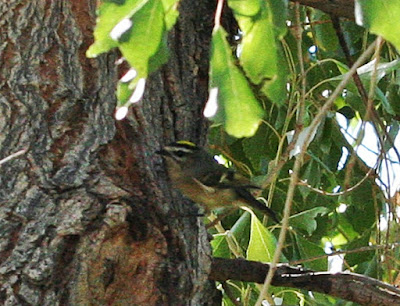 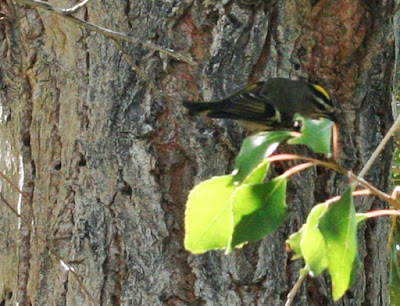 Few of the 20,000 Earth scientists meeting in San Francisco this week had much to say about the takeover of the government by climate science deniers in 2017, but the shadow of the incoming administration loomed over the conference. Some viewed the annual meeting of the American Geophysical Union, the largest Earth and space science gathering in the world, as a call to action, and on Wednesday, they heard that call loud and clear from Gov. Jerry Brown who told them "It's up to you as truth tellers, truth seekers, to mobilize all your efforts to fight back."

Winter is the time when birders really learn to appreciate the small birds who are with us year-round. In my area, that would include birds like Carolina Wrens, Tufted Titmice, Downy Woodpeckers, Carolina Chickadees, and Brown-headed Nuthatches. 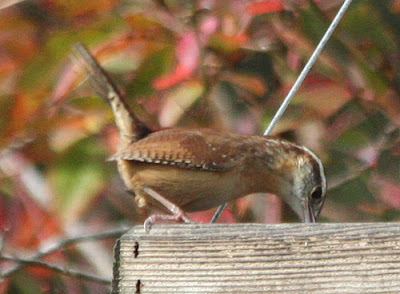 Carolina Wren having a snack.

A recent study reveals that hundreds of species of animals and plants are going extinct locally as they attempt to move their ranges due to the effects of climate change.

A study published on the Avian Conservation and Ecology website posits that the estimates of bird mortality due to collisions with windows and other structures is probably too low because many of the bodies are removed by scavengers.

A rare white hummingbird, a leucistic Anna's Hummingbird, has been creating excitement for birders in California. The bird has been present in the Australian Gardens at the University of California, Santa Cruz Arboretum, almost continuously since May. The bird is male and was probably hatched this year.

The lionfish is an ornamental tropical fish native to the Indo-Pacific that has long been a part of the aquarium trade. Unfortunately, aquarium owners sometimes get tired of the fish and irresponsibly set them free in local waters. In the waters of the southeastern United States, the Gulf of Mexico, and the Caribbean Sea, the fish has made itself at home. Too much at home. It is now an invasive species posing a threat to native species in those waters and scientists are seeking a technological means of stopping the invasion.

The EPA has released its final report on hydraulic fracturing, or fracking, and it confirms that the controversial practice can contaminate drinking water "under some circumstances." This is a reversal of the position that the agency had taken earlier under heavy political pressure.

Interior Secretary Sally Jewell also addressed the American Geophysical Union this week and urged the 20,000 scientists there to "fight disinformation" about science, to speak up and talk about the importance of scientific integrity.

Lady beetles (ladybugs) are usually identified by the number of spots that they have, but counting the spots is not always an easy matter. "Bug Eric" gives us some ID tips.

A rule allowing wind energy companies to operate high-speed wind turbines for up to 30 years has been finalized. They will be allowed to operate even though they kill many protected species such as Golden and Bald Eagles.

Birds are adaptable creatures and they are doing their best to adapt to climate change. Generally, that involves moving ranges farther north, but a study by the University of Massachusetts found that birds are shifting their populations in unexpected ways.

America's first offshore wind farm started operation this week. Its turbines will supply electricity for small Block Island off the coast of Rhode Island. In spite of concerns about damage that turbines may do to wildlife, wind power is an essential part of the effort to reduce greenhouse gas emissions.

The Texas bow-legged bug looks like an ant and acts like an ant, but it isn't an ant. They are actually ant mimics - at least the nymphs of the species are - and they can probably fool most non-entomologist observers.

A new study has nearly doubled the number of known bird species in the world from 10,000 to 18,000. The increase is mostly due to the splitting of some species. Birds that were once thought to be all one species have been found to have differences that justify them being classified differently. This gives a new goal for all those guys that engage in "Big Years"!

An area the size of Virginia off the New Jersey coast has been protected as a marine sanctuary by the federal government. It is designated as the Frank R. Lautenberg Deep Sea Coral Protection Area. It covers more than 40,000 square miles and includes about a dozen deep water chasms.