December 10, 2016
A roundup of the week's news of birds and the environment: 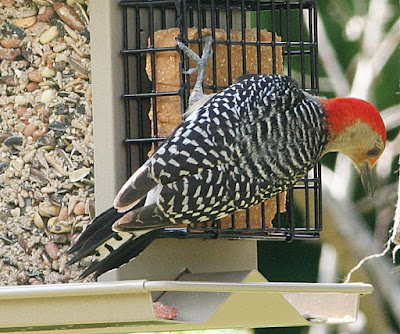 Scott Pruitt, the man who will be nominated to head the Environmental Protection Agency, is an ardent opponent of measures to control and reverse climate change, a proponent of freeing up mining and drilling for fossil fuels, and as Oklahoma's Attorney General, has sued to block federal measures to protect public health by reducing smog and curbing toxic emissions from power plants.

The Army Corps of Engineers announced this week that it would not allow an easement for an oil pipeline across lands held sacred by the Standing Rock Sioux people of North Dakota. The pipeline project has not been killed, however. The Corps has merely agreed to conduct a full environmental analysis under the National Environmental Policy Act, to include an Environmental Impact Statement that considers alternate pipeline routes and offers room for public comment.

The autumn of 2016 has been the warmest in U.S. weather history. The average September to November temperature was 57.63 degrees F, a full 1.05 degrees F above the previous autumn record.

Of the more than 740 worldwide species of birds that were added to the Red List of Threatened Species this week, 13 of the species have already been declared extinct. All of the 13 had been only recently identified by scientists but their situation was so precarious that it was impossible to save them.

The extent of sea ice in both the Arctic and the Antarctic hit record lows in the month of November.

The Ringed Kingfisher, largest of the three kingfishers that occur in North America, has long been an occasional visitor to the Valley of South Texas, but it has now become a permanent resident there. The reasons for the expansion of its range may be complicated but probably have something to do with the warming climate.

The tail of a therapod dinosaur from 99 million years ago has been discovered preserved in amber in a mine in Myanmar, and that tail has feathers!

Thousands of migrating Snow Geese died when a storm forced them down and they landed in the acidic, metal-laden waters of an old open pit mine in Montana. This is not the first time this has happened.

On a much happier note, the world's oldest known seabird has laid an egg! Yes, Wisdom, the Laysan Albatross that was first banded in 1956 and is believed to be 66 years old, has returned to the Midway Atoll National Wildlife Refuge where she nests. She has laid her egg and is incubating it. 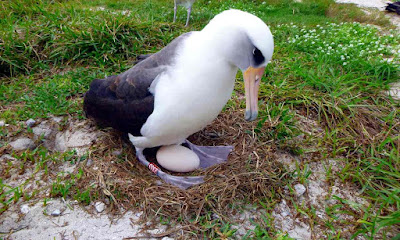 Wisdom and her egg. She doesn't look a day over 50, does she?

The Red List of Threatened Species also shows that the giraffe is on the brink of extinction. There has been a devastating collapse in the species' numbers with as many of 40% of the animals having been lost within the last thirty years.

Who would have thought that choosing a bird to represent a country could be so controversial? Well, many mild-mannered Canadians are outraged at the thought of the Gray Jay being their national bird. There were four other finalists in the contest: Canada Goose, Snowy Owl, Common Loon, and Black-capped Chickadee. Each bird has its passionate advocates.

The New York metropolitan region is already seeing the effects of sea level rise and there are estimates that the area could see as much as one foot of sea level rise within the next 15 to 20 years, which could be devastating.

The Greater Adjutant Stork, once loathed by Indian villagers, is now loved by those same villagers because of the work of ornithologists who have educated them to the worth of the species. The endangered bird is making a comeback, thanks to the work of those scientists and the support of villagers.

The Red-cockaded Woodpecker, America's most endangered woodpecker, is endemic on the grounds of Fort Bragg, one of the world's largest military installations, located in North Carolina. It features the longleaf pines that the bird favors. The same is true of many military installations across the Southeast U.S., creating a strange alliance between birds and bombs.

Laura's Birding Blog has an appreciation of the oft unappreciated (i.e., hated) House Sparrow. The little sparrow that loves humans so much that it chooses to live in close proximity to humans around the world is actually declining in population in many areas, and, difficult as it may be to believe, if these trends continue, the bird could be in trouble. 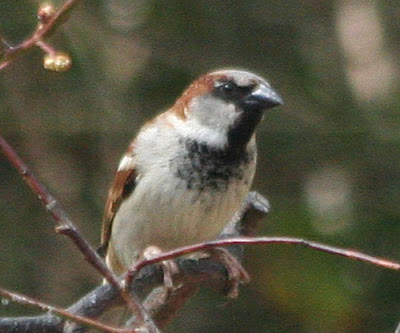