December 14, 2016
Blooms are sparse in December, but there is still plenty of color in my zone 9a garden. 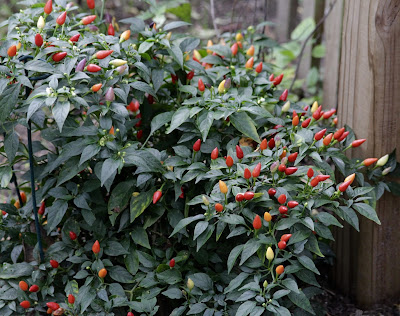 The ornamental pepper looks like a Christmas tree all lit up with multi-colored lights. 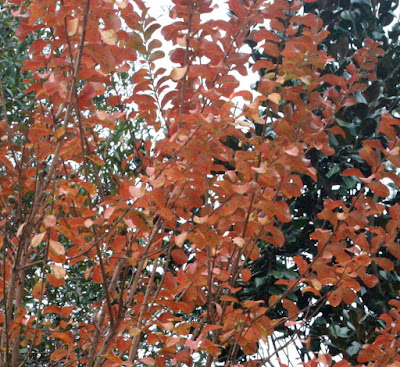 Never let it be said that we don't get any autumn leaf color here, for we do have crape myrtles and, although some have already lost all their leaves, others are now at their peak of color. 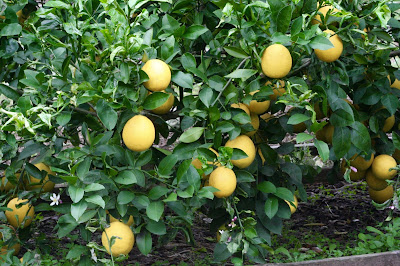 The Meyer lemon tree is weighted down with bright yellow balls. 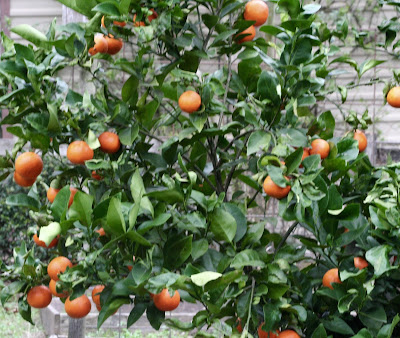 The Mandarin orange tree is similarly weighted but with bright orange balls. 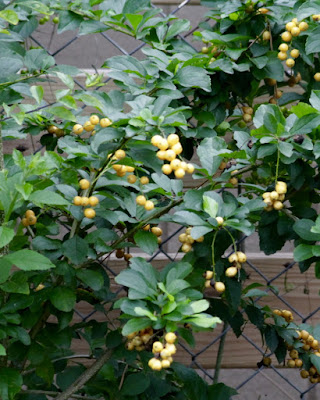 The Duranta erecta is full of the flashy yellow berries that give it its common name - golden dewdrop. 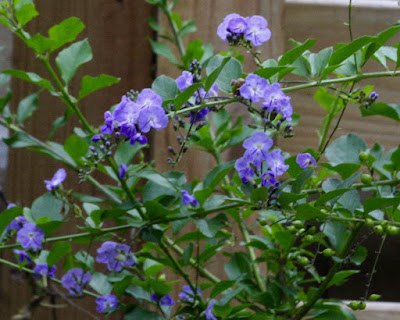 But wait! The duranta is also still carrying loads of these pretty blooms that are so attractive to butterflies. 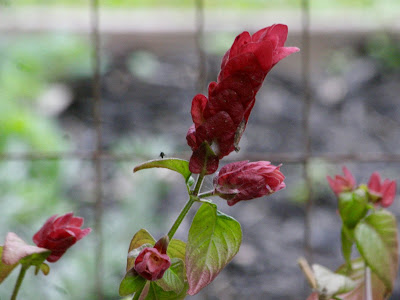 The weird little shrimp plant carries its blooms for weeks, months even, before they fade. 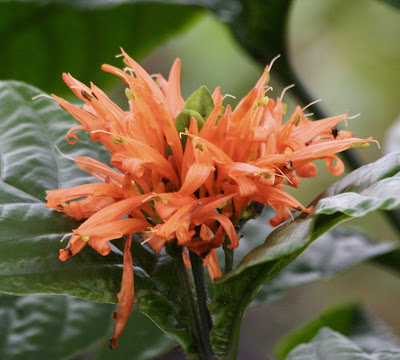 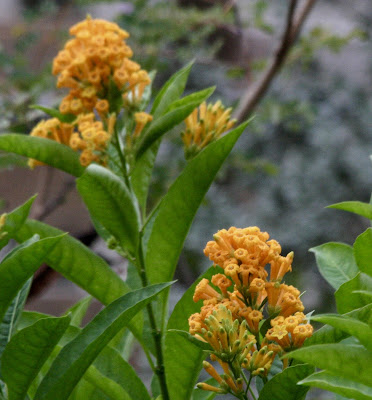 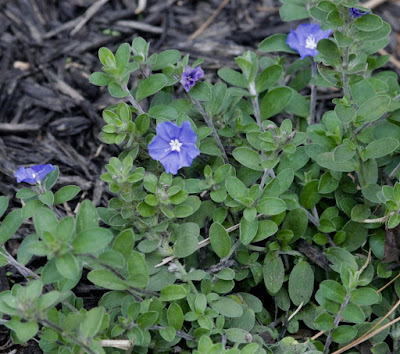 Convolvulus 'Blue Daze' still sends out a few of its tiny flowers every few days. 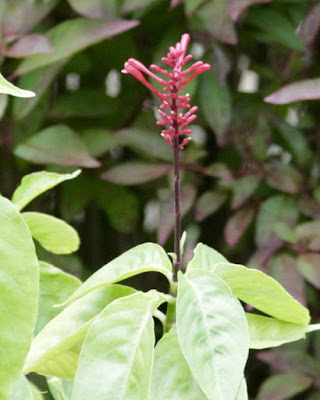 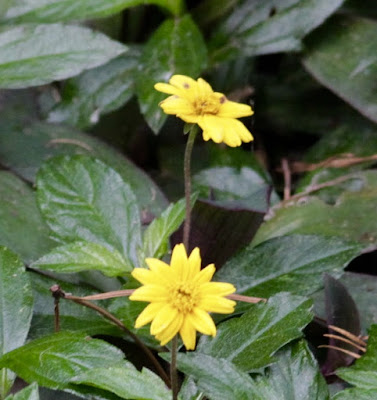 The daisy-like blossoms of the wedelia continue to brighten gray December days. 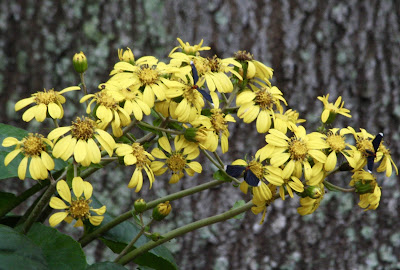 Another plant with daisy-like blooms is the Farfugium japonicum, giant leopard plant. 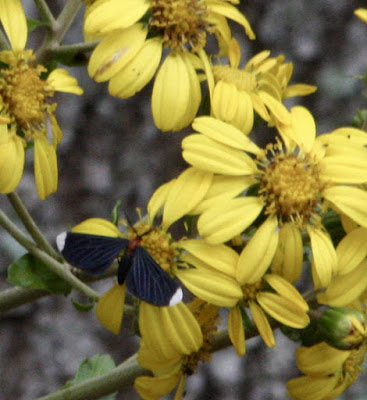 It's not a leopard but the White-tipped Black moths, Melanchroia chephise, really, really like those blooms. 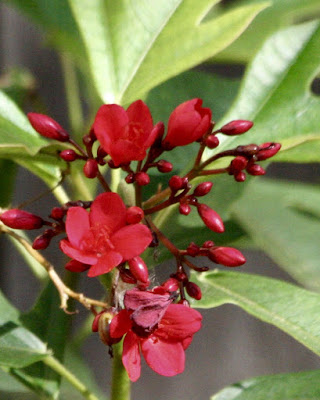 The tropical jatropha is still blooming in its protected spot along the south wall of the house. 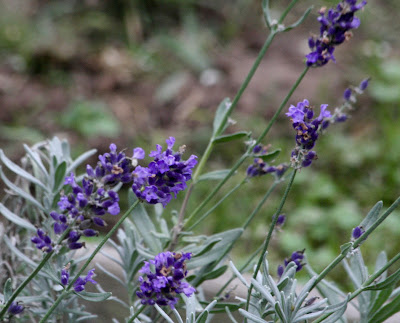 The lavender is a little past its prime but is still colorful. 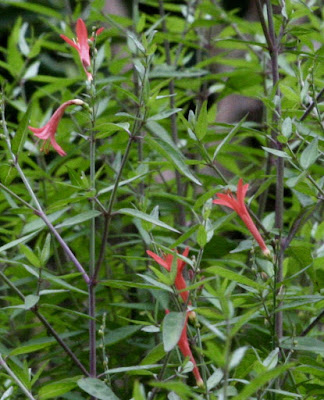 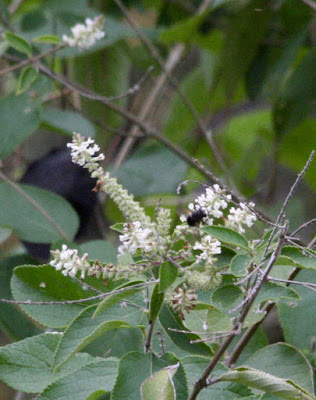 Almond verbena has periodic flushes of bloom over our entire long growing season and it is in the middle of one of those now. 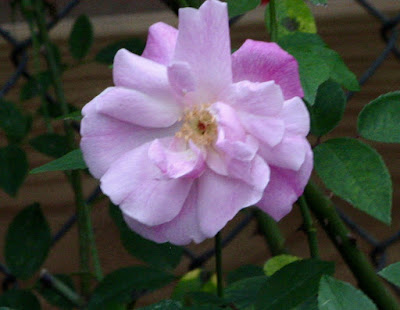 I can depend on 'Old Blush' to send out a few of these pretty little roses on a regular basis. 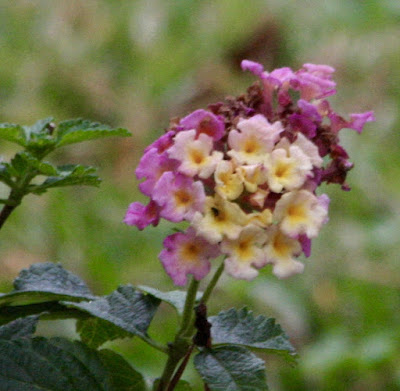 And few plants are more dependable in our gardens than lantana. 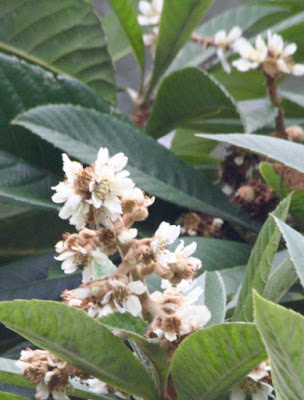 The loquat tree is in full bloom. The blossoms are not much to look at but they have a lovely scent. 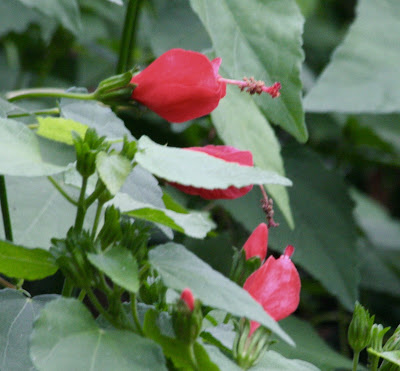 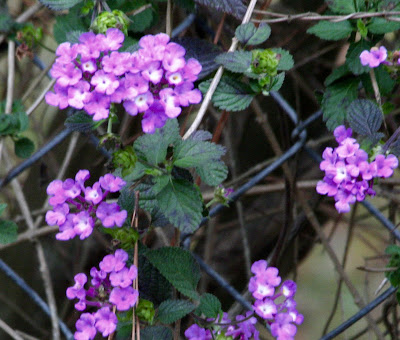 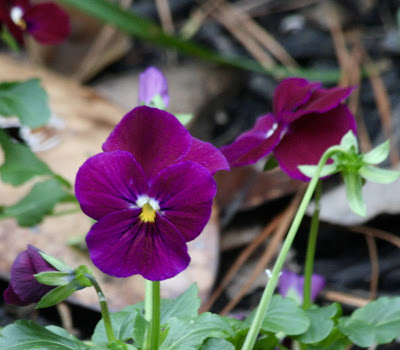 What would December be without violas? 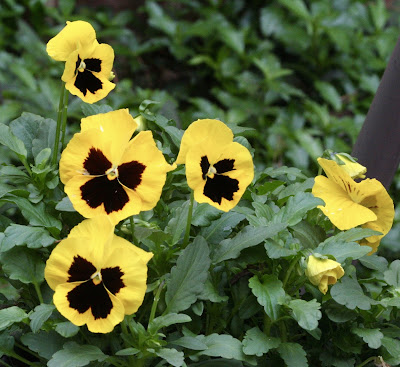 And pansies, of course. 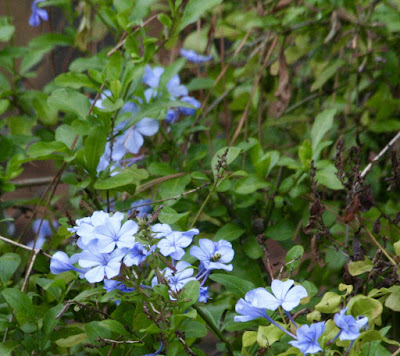 In mid-December, a week before the official start of winter, we are still waiting for our first frost. So far our lowest temperature has been 35 degrees F. Will we have another winter like our last one when we never had temperatures below freezing and never even experienced a killing frost? The weeks ahead hold the answer to that question.

Meantime, we will enjoy our coolish, mostly pleasant weather, wonderful conditions for getting things done in the garden.

Thank you for visiting my garden today, and thank you, Carol of May Dreams Gardens, for hosting this meme.
GBBD