October 25, 2016
One of the most annoying things about this presidential campaign, or politics in general in this country, is the false equivalence between the two sides that the media has invented, and that has become an ingrained part of our national consciousness and vocabulary. How often have you heard, "Both sides do it!"?

But, in fact, both sides don't do it, and pretending that two things are equal doesn't make it true. Facts are still facts, even in 2016. 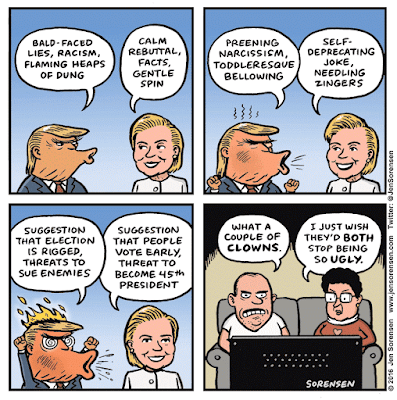