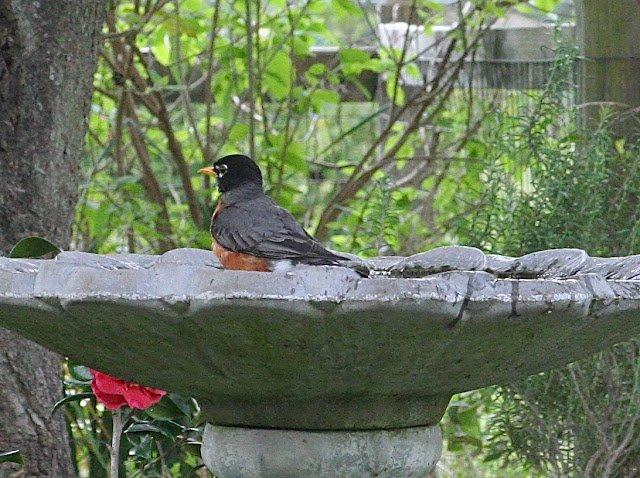 An American Robin cools off from the 100-degree heat in our birdbath.
*~*~*~*
Wind energy may finally be coming into its own as a potential source of renewable energy.
*~*~*~*
Meanwhile, President Biden has ordered emergency measures to boost crucial supplies to U.S. solar manufacturers and declared a two-year exemption for tariffs on solar panels from Southeast Asia.
*~*~*~*
Well, this is not good news: Researchers have found tiny plastics in freshly fallen snow in Antarctica for the first time. These plastics can be toxic to animals and plants.
*~*~*~*
Plastic waste is not all wasted. Innovative ways to reuse the waste are being implemented all around the world.
*~*~*~*
In the Southwest, deaths from extreme heat are mounting and in Arizona, emergency services are attempting to prepare to deal with temperatures in excess of 110 Fahrenheit.
*~*~*~*
The extreme heat is making things worse in Salt Lake City where the Great Salt Lake is drying up in the extended drought.
*~*~*~*
Scientists warn that the vast tundra of Siberia could disappear under the effects of climate change.
*~*~*~*
Also, the Arctic permafrost is melting and underneath that permafrost is a radioactive hazard, long hidden, that could be released.
*~*~*~*
Legal pressure from environmental groups is forcing the U.S. Fish and Wildlife Service to review its habitat protections for manatees which are continuing to die in record numbers.
*~*~*~*
In Canada, the Mamalilikulla First Nation has declared part of the territory on British Colombia's Central Coast that was lost to colonialism to be an Indigenous protected and conserved area as the first step toward sovereignty over the area.
*~*~*~*
The National Oceanic and Atmospheric Administration has declared concentrations of carbon dioxide in the atmosphere in May reached levels that had not been seen on Earth in about four million years.
*~*~*~*
The Army Corps of Engineers has blocked a proposed titanium strip mine that would have operated just outside the fragile Okefenokee Swamp in Georgia. This reverses an earlier decision to okay the project, a decision that was loudly protested by environmental groups and political leaders.
*~*~*~* 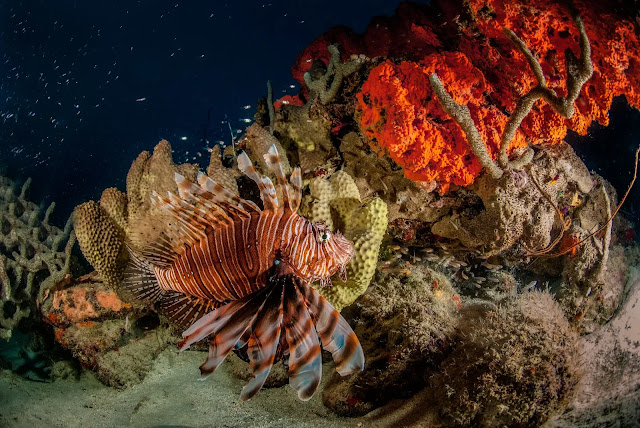 This is the lionfish, a beautiful but destructive creature that is wreaking havoc in the Gulf of Mexico and the Caribbean Sea where it has become established.
*~*~*~*
The House Science Committee is calling for tougher surveillance of methane emissions after a study showed that oil and gas companies have routinely underreported leaks of the greenhouse gas.
*~*~*~*
Warm, moist air that invaded Greenland in 2021 is causing widespread melting of the ice sheet.
*~*~*~*
Prehistoric artifacts, all made to a similar shape and template, offer evidence that ancient humans from 65,000 years ago shared knowledge. Similar artifacts have been found scattered over vast distances in Africa.
*~*~*~* 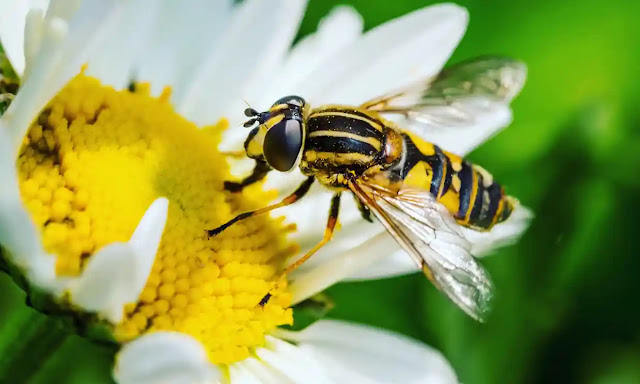 Human civilization depends upon animals like this bee. It is time that we recognized our interdependency with other species.
*~*~*~*
Enjoy this week's pictures of wildlife from around the world.
*~*~*~* 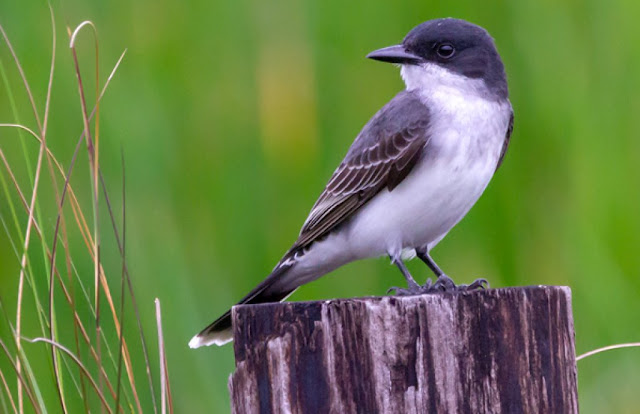 This is the sassy Eastern Kingbird, the American Bird Conservancy's "Bird of the Week."
*~*~*~*
A rare species of Galápagos tortoise that was thought to be extinct has been discovered on Fernandina Island, a largely unexplored active volcano in the western Galápagos Archipelago.
*~*~*~*
The U.S. Fish and Wildlife Service is proposing placing endangered species outside of the species' traditional habitats where climate change and/or invasive species have made those habitats untenable.
*~*~*~*
Glyphosate weedkiller, the most widely used weedkiller, continues to kill wild bee colonies in addition to its intended victims.
*~*~*~*
U.S. summers are hotter than ever before. Average temperatures have increased by at least 2 degrees Fahrenheit since 1970 with higher spikes in the West and Southwest.
*~*~*~*
There is some disagreement among scientists regarding a new study that finds that Monarch butterfly populations are actually rising in some areas.
*~*~*~*
Note to readers: "This week in birds" will be absent next week and possibly the following week also as I will be traveling and not in a position to gather the research necessary. Never fear: It will return!
weekly roundup