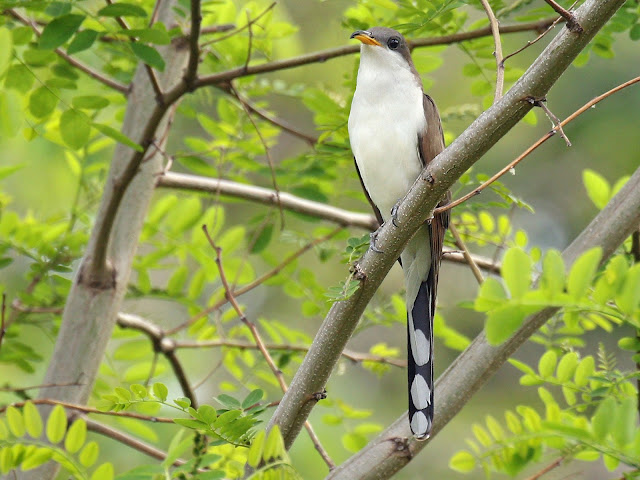 The dominant voice around my yard this week has been the bird that I knew as the "Rain Crow" when I was growing up. It was only later that I learned that the bird's proper name was Yellow-billed Cuckoo. A secretive bird that skulks among the leaves of the trees and shrubs its frequents, it is more often heard than seen, so it is difficult for the amateur to get a good picture of it. But at this time of year, even if we can't see it, its call leaves us no doubt that it is present.

The heatwave that has been scorching India and Pakistan has been made thirty times more like by climate change, according to scientists. The subcontinent has had extreme temperatures and low rainfall since mid-March and that has caused widespread suffering in the area.

Scientists are also warning that focusing on carbon dioxide alone will not be enough to keep temperatures within a livable range. It is also necessary to sharply cut methane levels in the atmosphere they say.

Among the 2022 winners of the world's preeminent environmental award, the Goldman Prize, are Indigenous activists and lawyers who took on transnational corporations and their own governments to force climate action.

This is not the news that those of us who live near the Gulf of Mexico want to hear: Conditions in the Gulf are now similar to 2005, the year that produced deadly Katrina as well as six other major storms.

An unprecedented wave of sandstorms has recently struck parts of the Middle East and experts say they are at least partly the result of climate change. They also blame the failure of governments to regulate appropriately.

It was sixty years ago that Rachel Carson's Silent Spring was published and engendered the modern environmental movement. It was thanks to that book that DDT was banned in America but still today birds face extreme threats to their existence, largely because they migrate through every habitat on Earth.

As heat surges and drought worsens across already dry California, tensions are rising in the state as governments seek ways to deal with the crisis.

States are looking at ways to extract critical elements from waterways that have been polluted by coal as a means of offsetting the high cost of cleanup.

If you go outside and look up at the sky on Monday night, you might be able to see a very special shower of meteors. Or not. But if everything lines up just right there could be as many as 1,000 shooting stars per hour which would make for a spectacular show. 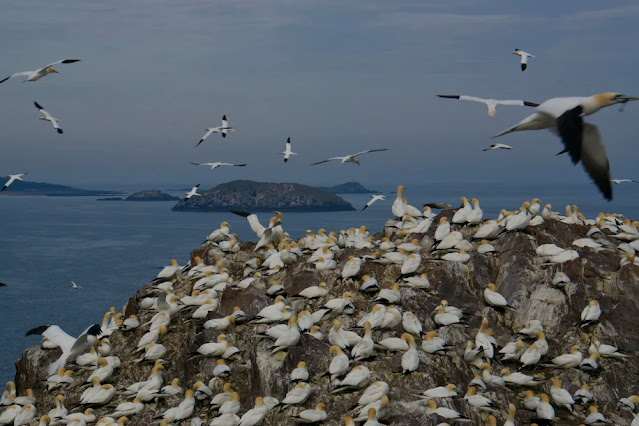 Scotland's Bass Rock in the Firth of Forth is home to the world's largest colony of Northern Gannets, some of which you see here. The island is literally for the birds.
*~*~*~*
After more than a century of federal management and nearly two decades of negotiations, the lands of the Northern Bison Range in Montana have been reclaimed by the Confederated Salish and Kootenai Tribes.
*~*~*~* 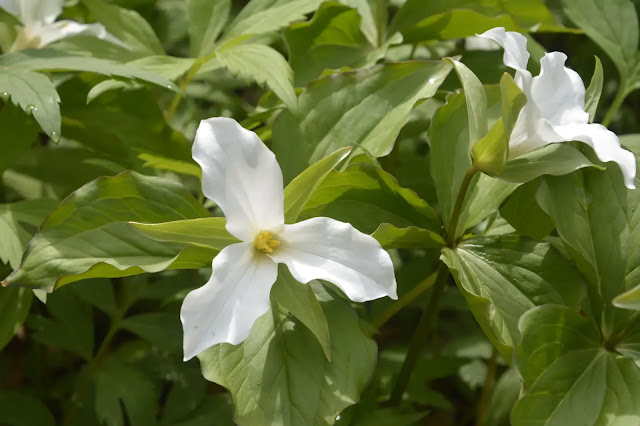 This is Trillium grandiflorum, a native wildflower in the eastern part of the continent. It is seriously endangered due to human development, predation, and competition from invasive plants and it may disappear.
*~*~*~*
At the World Economic Forum in Davos, Switzerland this week, more than fifty corporations pledged to "buy green" by getting the commodities they need in their production from processes that emit little or no carbon.
*~*~*~*
Ninety-seven-year-old Jimmy Carter has joined the fight to stop the construction of a gravel road that would cut through a federal wildlife refuge in Alaska. The battle over the road endangers an environmental law which Carter called one of his highest achievements.
*~*~*~*
Also in Alaska, the Biden administration this week took action that will likely block the controversial Pebble Mine project there.
*~*~*~*
When cave explorers descended into a massive sinkhole in China's Guangxi region that had never before been explored, they discovered a hidden forest that could be home to previously unidentified plant and animal species.
*~*~*~*
Langkawi Archipelago in Malaysia is a cluster of 109 tropical islands that form an important area for marine mammals. It is threatened by development in the area that could cause severe damage to its ecosystem and wildlife.
*~*~*~*
A nest of the endangered Kemp's ridley sea turtle was discovered in the dunes of Galveston Island State Park on Thursday. The nest contained 107 eggs which were taken to an incubation facility where they can be protected. The nest was the first to be discovered in the park since 2012 and since this is the most critically endangered sea turtle in the world, every egg is precious.
*~*~*~*
A lithium mining project in North Carolina promised a reliable source of clean energy but neighbors have now turned against the project.
*~*~*~*
While some species suffer because of the warming climate, at least one creature is perfectly happy with higher temperatures. Pacific rattlesnake populations in a heated up California are thriving.
*~*~*~*
Christian Cooper, the Black birder who became famous after he was accosted by a White woman in Central Park, will soon be hosting a birdwatching show called "Extraordinary Birder" on National Geographic TV.
*~*~*~*
One victim of the heatwave on the Indian subcontinent has been the mango. The blistering temperatures have devastated crops of the fruit.
*~*~*~*
The tiny Clear Lake hitch is an endangered fish that currently swims in the waters in California, but for how much longer?
*~*~*~*
Here are some pictures of the beautiful Swainson's Hawk from the Flint Hills of Kansas.
*~*~*~*
Wandering salamanders that parachute out of trees? Yes, they exist! Nature never ceases to amaze us.