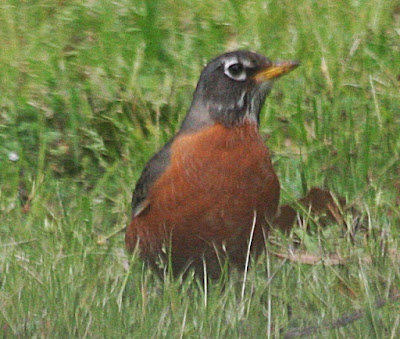 The American Robin is the harbinger of spring in some places but around here they are present throughout the year and their nesting season has begun.

Farther north, large flocks of robins are showing up in yards as their spring migration is well underway. In the 1800s, these flocks would have been fair game for hunters. Thankfully, that is no longer the case and robin numbers are increasing.

Communities in California where the superbloom of wildflowers has taken place are still having to deal with large numbers of tourists, some of whom are quite thoughtless and destructive. Some have even landed in helicopters which have flattened the wildflowers around their landing spots.

Scientists at the Fish and Wildlife Service in 2017 wrapped up a comprehensive analysis of the threat that three widely used pesticides present to hundreds of endangered species. But just before the team planned to make its findings public in November 2017, top political appointees of the Interior Department, which oversees the Fish and Wildlife Service, blocked the release and set in motion a new process intended to apply a much narrower standard to determine the risks from the pesticides. Leading that intervention was David Bernhardt, then the deputy secretary of the interior and a former lobbyist and oil-industry lawyer and now the nominee to become Secretary of the Interior.

Native trees that provide the canopy for shade-grown coffee trees are much better at providing support for migrating birds than trees that are non-native.

We think of feather mites on a bird as being destructive and, indeed, heavy loads of mites can be, but the tiny critters can also be helpful to their hosts because they eat bacteria and fungi that grow on the feathers, thus helping to keep the feathers clean.

Most managers of urban forests in America do not have adequate plans for dealing with the effects of climate change.

It seems that the amphibian apocalypse is even worse than previously believed. More than 500 frog and salamander species face possible extinction from a deadly fungal disease.

The coal industry may struggle to stay viable in coming years but will it decline fast enough to make a difference for the climate?

Flooded rice fields are favorite spots for Snow Geese and other migrating water birds to stop to rest and feed during their travels. 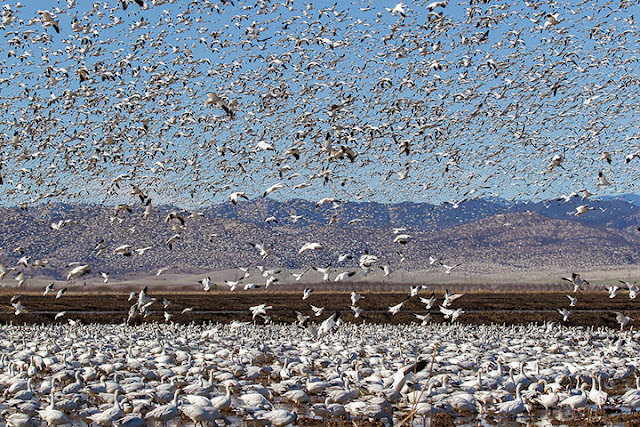 Thousands of Snow Geese on a flooded rice field in Sacramento Valley in California in 2014.

Losing species to extinction or extirpation is not only a tragedy for that species, but it can also be a serious problem for the ecosystem from which it comes. Anytime a species disappears from an ecosystem, it creates an imbalance which can be detrimental to other species as well.

The waterbirds that winter in Ireland have decreased in number by 40% in less than twenty years.

Chemical dispersants that are used to clean up oil spills have been shown to be harmful to marine wildlife, response workers, and local residents and yet the EPA continues to allow their use.

How and why did animals come up with metamorphosis as a survival strategy? A new theory proposes the idea that it was to give animals greater access to food.

Culling invasive mammals such as rats and feral cats can save vulnerable island species. It is estimated that such a move could save up to 10% of all endangered birds, mammals, amphibians, and reptiles.

It isn't often that a new species of whale is discovered, but that, in fact, has happened. It is a species of baleen whale that has been named Omura's whale, after Hideo Omura, a prominent whale biologist. The whales are seldom seen but seem to be widespread throughout the tropical waters. 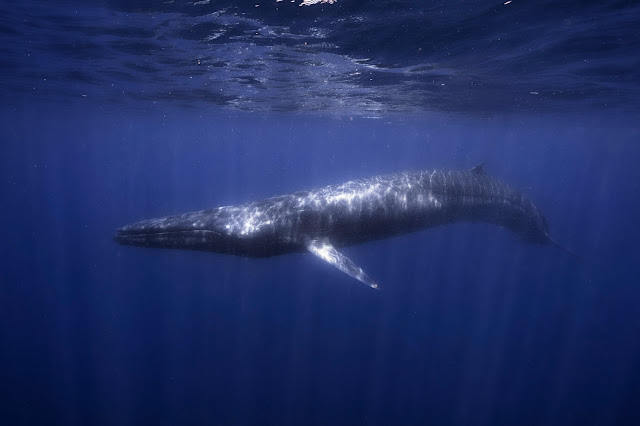