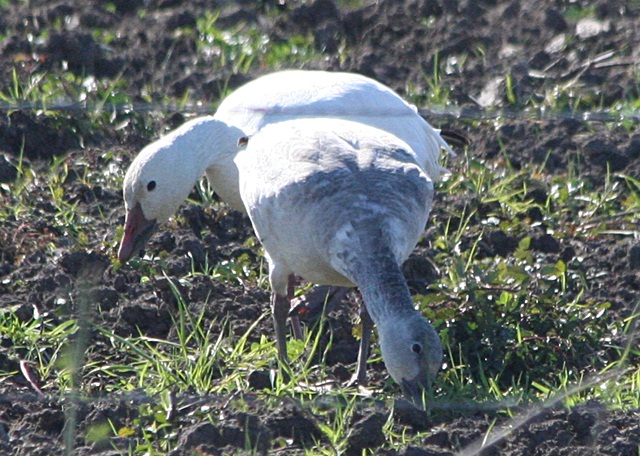 Two Snow Geese, one a dark phase, graze on the tender new grass at Anahuac National Wildlife Refuge on the Texas Coast. Thousands of the geese spend their winter there.

On February 26, 1919, President Woodrow Wilson established the Grand Canyon National Park. Today the park attracts more than six million visitors a year. The Guardian has a photo exhibit of images from the park's remarkable history, some of them from the Grand Canyon Centennial Project. And the oldest-ever junior ranger, 103-year-old Rose Trophy, is now a part of that story.

Do you know your bees? Take this test and find out. (I got eight out of nine.)

Here's something I didn't know: The first field guide to birds of North America was compiled and written by a woman! The woman was Florence A. Merriam and her book was Birds Through an Opera Glass and was published early in the last century. It propounded the novel idea that there was a way to look at and identify birds without shooting them.

The Mariana Trench in the Pacific Ocean is the lowest point in any ocean on Earth. All of the tiny animals from that environment that have been examined by scientists have been found to have plastic in their guts.

The administration in Washington is planning to create an ad hoc committee of very select scientists who question the severity of climate change impacts and the role that human beings play in the problem. Their role would be to reassess the government’s analysis of climate science and counter conclusions that the continued burning of fossil fuels is harming the planet.

Both long-distance and short-distance migrations of birds are beginning earlier in the spring and migration is spread out over a longer period than it was in the past.

Now less than half of its original size, the Everglades is beset by encroaching development and nutrient pollution and riddled with invasive species, such as the Burmese python, and exotic plants, such as Brazilian pepper and Australian pine. But help may be on the way. The new Republican governor of Florida, Ron DeSantis, has outlined an ambitious $2.5 billion plan to rescue the ailing ecosystem over four years.

A new study shows that an African Gray Parrot named Griffin can perform some cognitive tasks at levels beyond that of 5-year-old humans. The results not only suggest that humans aren't the only species capable of making complex inferences, but also point to flaws in a widely used test of animal intelligence. The study is described in a November paper published online in Behaviour.

One of the barriers to protecting endangered species is being able to see and observe them. Hard-to-spot species like manatees are at a particular disadvantage because of that. Scientists study the minute particles of DNA which the critters leave behind to try to compensate for their inability to observe them directly.

Did you hear the one about the snake on a plane? No, not that one - this one is for real. A woman from Scotland returned from a holiday in Australia to find a python in one of her shoes. After the 9,300 mile journey from Queensland, the tiny creature was very much alive and had even shed its skin in flight. 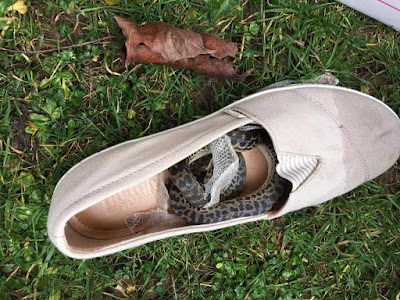 Image courtesy of The Guardian.

The snake was a non-venomous spotted python. It has been removed to the Scottish SPCA's rescue and re-homing center in Edinburgh.

Restoring Whiskey Island, a barrier island off the coast of Louisiana, is expected to at least temporarily help to protect the threatened Louisiana marshlands.

Monarch butterflies derive protection from predators because the milkweed which their caterpillars feed on gives both the caterpillars and the adult butterflies a nasty taste. Several other butterflies gain protection by imitating the appearance of the Monarch, thus perhaps fooling the predators. One of those is the Viceroy. 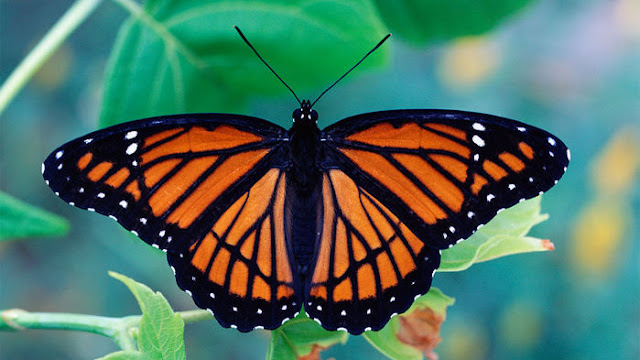 This is the Viceroy from Florida. 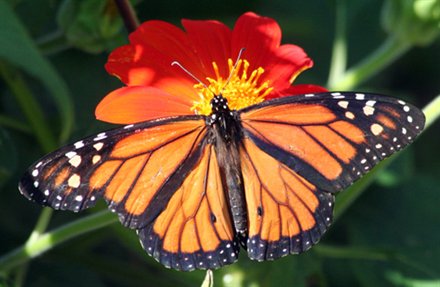 And this is a Monarch from my backyard.

Coyotes are making a comeback in many American cities. Some see them as a pest, but they have their defenders. One of those is San Francisco's "coyote lady" who seeks to educate the public about the animals.

Reelfoot Lake next to the Mississippi River in northwest Tennessee is a unique geological site that was formed by a series of earthquakes in 1811-1812. It has become a haven for Bald Eagles. Several hundred of the birds live there year-round and even more migrate there in winter. Ecotourism is now a major income producer in the area and the eagles of Reelfoot are a big draw.