October 26, 2018
A roundup of the week's news of birds and the environment: 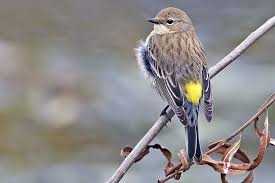 Yellow-rumped Warblers are making their way back to our area to spend the winter. They are always welcome winter visitors and fun to have around.

Many species of small songbirds, like the warblers, attempt to make their way across the Gulf of Mexico on spring and fall migration. Many don't make it. Those that do, research has shown, are generally the ones with more fat packed on to their bodies. Wind direction and strength is also a major factor. Those that leave on days when they have prevailing tailwinds are more likely to make it to the other side of the water.

The water that those birds pass over in their migrations contain some of the most active areas of off-shore oil drilling platforms and the inevitable spills that come with them. One of those spills has been continuing now for fourteen long years! The platform, owned by Taylor Energy, leaks between 300 and 700 barrels of oil a day, and, with no fix in sight, it threatens to overtake the BP Deepwater Horizon as the biggest oil spill disaster ever.

There is substantial evidence that the big oil companies have long known of the dangers that their products pose to the planet because of their role in hastening global warming. Now, the State of New York has filed suit against Exxon Mobil, claiming that the company defrauded shareholders by downplaying the effects of climate change.

A University of Delaware research team has collected data on the relationship between non-native plants in urban landscapes and the population of birds in those areas. They found that the non-native plants provide less sustenance for the insects in the area which in turn reduces the availability of the kind of insects which the breeding birds need to feed their chicks. That has a deleterious effect on the ability of those birds to successfully raise their offspring.

Happy Bat Week! October 24 - 31 is designated as Bat Week, a time to celebrate the diversity of these often misunderstood critters who are an essential part of a healthy ecosystem. (I'm sure the timing of Bat Week has nothing to do with the fact that it ends on Halloween!)

Sadly, the United States has refused to step up to leadership in the fight against climate change. You might be surprised to learn of some of the countries that have been willing to shoulder the burden. For example, Iran.

Of course, within our country, many of the states, cities, and even private companies are doing what they can to pick up the slack of the federal government's climate change denialism and refusal to act. In Washington, D.C., a proposed bill would make the city move toward 100% renewable energy by 2032.

The home stadium of the Minnesota Vikings has proved to be a horrendous death trap for migrating birds, killing thousands of them every year. Now Minnesota's professional soccer team, the Loons, is getting a new stadium built but they are taking a radically different approach to design and construction.

East Island, a remote spit of gravel and sand that sat atop a coral reef and was a part of the Hawaiian Islands system, was utterly wiped off the map, destroyed by powerful Hurricane Walaka that hit the islands earlier this month. Despite its small size, East Island was important to local wildlife, including the endangered Hawaiian monk seal, many of which raised their young on that island.

In more news of Hawaii, the Hawaiian Gallinule is a homebody that tends to stay in its home area, refusing to disperse to other islands. This makes the species more vulnerable to catastrophic weather events or other environmental problems.

Hydropower dams may seem like a clean and easy solution to humans' need for a source of energy but they block the movements of fish and have detrimental effects on the surrounding ecosystem.

As if the Great Barrier Reef didn't already have enough problems, on August 26, a cruise shipped dumped - apparently accidentally - 27,000 liters of food waste and gray water on it.

Saltmarsh Sparrows are critically endangered, and as the planet's oceans rise and take over more of the land mass, this little sparrow's habitat is increasingly squeezed. Saving the Saltmarsh Sparrow is an urgent problem but a successful solution to that problem would benefit very many other species as well. 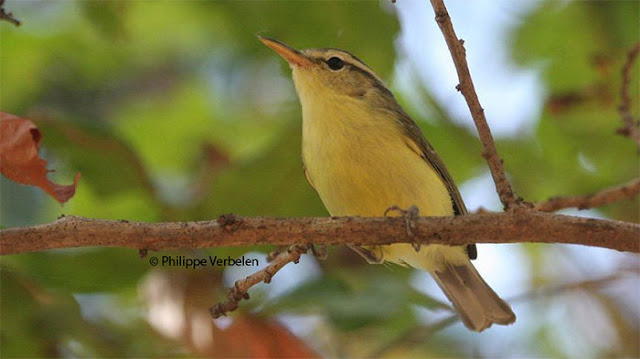 A previously unknown species of warbler has been discovered in Indonesia. It has been named the Rote Leaf-Warbler after the island (Rote) on which it was discovered.

The European Parliament has overwhelmingly approved a ban on single-use plastics such as straws, plates, cutlery and cotton-swab sticks within the European Union by 2021, joining a global shift as environmentalists emphasize the urgency of halting the use of materials that are detrimental to the planet.

Hunting and gathering was the way that our ancestors sustained themselves over thousands of years of their existence. It is a dying way of life in today's world. The Hadza, a tribe in Tanzania, is the last hunter-gatherer tribe in that country. They are an indigenous ethnic group located near Lake Eyasi in the Rift Valley and they have occupied their land unchanged for thousands of years.
weekly roundup