October 13, 2018
A roundup of the week's news of birds and the environment: 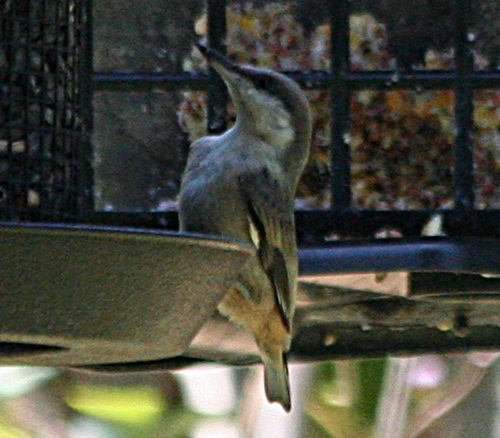 A tiny Brown-headed Nuthatch, a permanent resident in our area, visits a feeder in my backyard.

The U.N. Intergovernmental Panel on Climate Change issued its report this week. It was not expected to be good news, but, in fact, it was even worse than expected. With global emissions showing few signs of slowing and the United States — the world’s second-largest emitter of carbon dioxide — rolling back a suite of Obama-era climate measures, the prospects for meeting the most ambitious goals of the 2015 Paris agreement look increasingly slim. The good news is that it is still possible to reverse the trend but the world has just over ten years to take the actions that are needed to do it.

Global warming is already having catastrophic effects on some species of birds and will affect even more, increasing rates of extinction, if present trends continue.

And, of course, warmer waters in the ocean are increasing the power of hurricanes, as the people of Florida experienced this week. It seems that we are past the time when we can continue to deny that individual weather events, like hurricanes, are affected by climate change.

The California Condor continues slowly inching its way back from the brink of extinction, and the captive breeding program continues to aid in that recovery. Puppets play a very large role in that program.

Brazil is in turmoil for many reasons these days and that is creating problems for the environment there. Recently, in the state of Rondonia, the government essentially removed protections for 11 preserved areas in the Amazon region, areas covering 2316 square miles.

Cemeteries can be good places for birding. The areas are protected from development and, especially if there are trees and hedges, they are very attractive to birds.

The population of cougars in the West is continuing to grow and, as it does, young cougars are dispersing farther east into the Midwest and even beyond.

The privately run National Aviary of Colombia serves as a refuge in which birds representing 165 different species have a second chance at life after escaping the hands of illegal wildlife traffickers. So far in 2018, Colombian authorities have rescued nearly 4,000 birds — victims of a trafficking industry that has become the third-largest illicit economy in the country.

Over the past 60 years, the Mariana Crow, or Aga, has completely disappeared from the island of Guam and has rapidly declined on neighboring Rota. Now, a captive-breeding program is producing chicks to return to the islands to try to reintegrate the species into the ecosystem.

In Canada, a vast region of the Northwest Territories that local Indigenous people call their “breadbasket” because of the abundance of wildlife has been declared permanently off limits to resource development, eight years after the federal government tried to open it to mining. 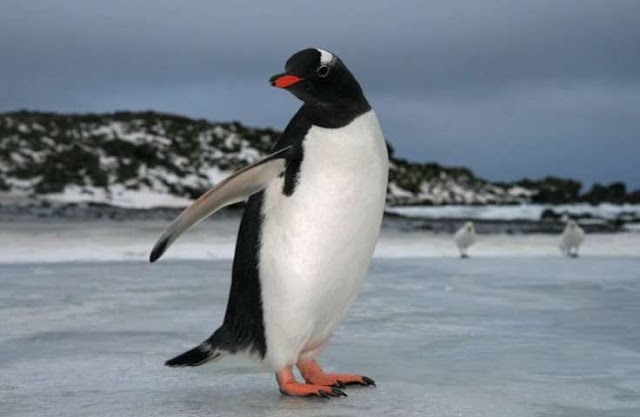 A study of Gentoo Penguin colonies on an island in the Antarctic shows a decline of 25% in the number of breeding pairs over the last twenty-one years. The reasons for the decline are not entirely clear and are probably due to a combination of factors.

The chain of life has many links and everything in Nature is connected, a fact which we ignore at our peril. It turns out that the forest elephants of Africa are an important link in that chain and their extinction would adversely affect many species, including humans.

How does one write about a vanishing world? How can one adequately chronicle ecological destruction? Elizabeth Kolbert, author of The Sixth Extinction, has some thoughts.

Most of the seasonal invasion of boreal species of birds from Canada has not happened yet, but Red-breasted Nuthatches are already irrupting into the Northeast in droves this fall.
weekly roundup