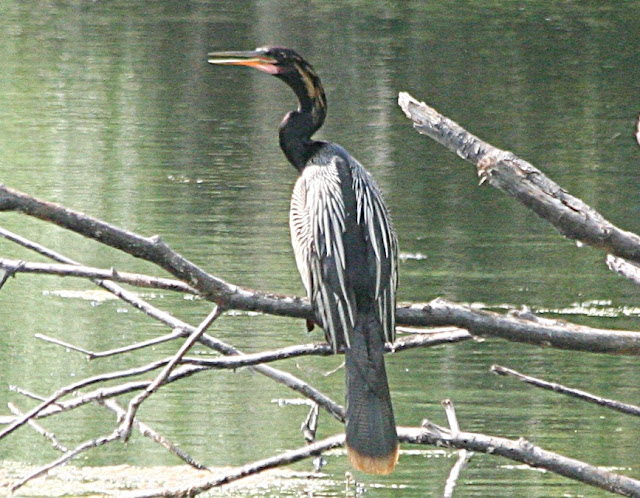 Looking something like a creature from Jurassic Park, an Anhinga rests on a downed branch over a lake at Brazos Bend State Park. The Anhinga has many common names, among them Water Turkey and Snakebird, the latter because when the bird swims only its head and a bit of neck are above water and it looks a little like a snake swimming.

The Deepwater Horizon disastrous oil spill may have faded from the news and from the consciousness of most people but it hasn't faded from the Gulf. Lingering oil residues have altered the basic building blocks of life in the ocean by reducing biodiversity near the site of where four million barrels of oil gushed into the water. Unfortunately, the environmental policies of the present administration in Washington have removed safeguards meant to prevent such disasters, making oceans around the world more likely to have such events in the future.

The state of California has announced that it is seeking to declare the Humboldt marten an endangered species because of the risks it faces from deforestation and, most surprisingly, from the cannabis industry. As the cultivation of cannabis increases, more forestland is lost and that decreases the acceptable habitat available for the martens. 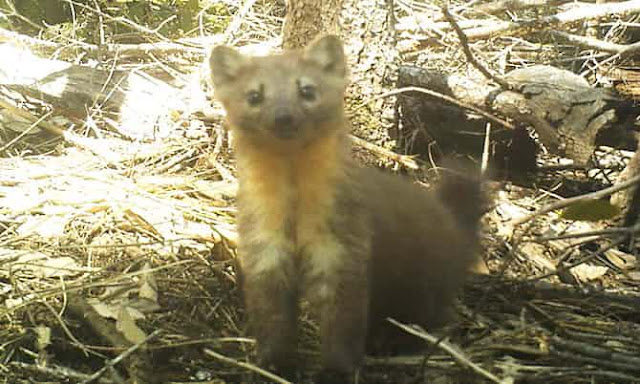 It has long been known that New Caledonian Crows are geniuses of the bird world. Now, a new study has shown that the brainy birds use mental pictures to twist twigs into hooks and make other tools, and, not only that, they are able to pass their successful designs on to succeeding generations, one of the hallmarks of a culture.

Here's some good news from the world of public health: An ebola outbreak in the Democratic Republic of Congo has been "largely contained" according to the World Health Organization; this thanks to the use of a new vaccine that has proved highly effective against the deadly virus. None of those who have had the vaccine have contracted ebola.

The California Condor has been given a chance to step back from extinction because of the intervention of scientists and a captive breeding program that has helped to increase the number of the big birds in existence. One of the keys to the success of the captive breeding program has been preventing the chicks from imprinting on humans and that has involved the use of condor-shaped puppets in their feeding and care.

Global Forest Watch, which uses satellite data to track the growth or depletion of forests around the world, has reported that 2017 was a particularly bad year for tropical forests. Roughly 39 million acres of trees, an area the size of Bangladesh, were lost during the year because of a combination of development and some extreme weather events such as Hurricanes Irma and Maria.

Looking a bit like a Battlestar Gallactica spaceship, an interstellar visitor named Oumuamua (Hawaiian for messenger or scout) has been identified as a likely comet in disguise, even though it doesn't have a tail like a normal comet. It was originally classified as an asteroid, but scientists now believe that was incorrect and that the cigar-shaped entity is a comet. 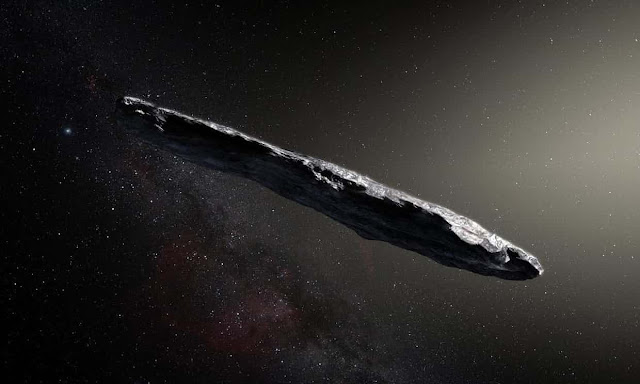 Oumuamua: Sometimes a cigar-shaped comet is just a comet.

And here's one drop of good news concerning the world's oceans and their inhabitants: The Belize Barrier Reef, the largest barrier reef system in the Northern Hemisphere, has been removed from the United Nations list of endangered world heritage sites because it no longer faces immediate danger from development. The Belize government has imposed a moratorium on oil exploration in the area of the reef.

This year's Kilauea volcanic eruption has been devastating to human communities and to the native habitat as well. It has wiped out rare sites and whole ecosystems. Although mourning their loss, the people affected accept the eruption as part of the natural cycle and one of the costs of living in paradise.

Conservationists are getting very creative in using all the communication tools available to them to help educate people to protect the environment and save species. YouTube, for example. Videostreaming the activities of Hawaii's Laysan Albatrosses has helped to bring them to the public's attention and to make that public more likely to want to protect the species.

In an interview with The Guardian, Dr. Cristiana Pașca Palmer, UN assistant secretary general and executive secretary of the convention on biological diversity, explains the importance of biodiversity to the survival of life on Earth.

"What did extinct animals eat?" is always a question that interests both the scientists who study them and the public that likes to imagine them. Pterosaurs are one group of such animals about which there has been much speculation - a lot of it probably wrong.

Research is showing that bumblebees, somewhat surprisingly, thrive much better in villages and towns rather than in the countryside. Bumblebees face many threats but those that live in urban areas produce more offspring, have more food stores and fewer invasions from parasitic "cuckoo" bumblebees than those that live in rural areas.

Here's some interesting news from our solar system "environment": A NASA probe has revealed blasts of ocean spray from a moon of Saturn named Enceladus and that spray contains complex organic molecules, making this the only place beyond Earth that we've found that harbors the crucial constituents for life as we know it.

In June 2005, on a very windy day in Wichita, Kansas, two flamingoes escaped from the zoo there. One, designated No. 347, flew north and was later spotted at Michigan's AuTrain Lake in August of that year but has not been seen since. But the other, No. 492, an African Flamingo, flew south to Texas, ending up on the coast around Corpus Christi. It proceeded to make itself at home, initially teaming up with a Caribbean Flamingo that had made it to the area, but that bird later disappeared, possibly lost in a storm. Old No. 492, though, has survived. Flamingoes are not native to Texas and he may be lonely, but for thirteen years he has found a home among the seabirds along the coast and he provides an extra thrill and surprise for birders visiting the area. 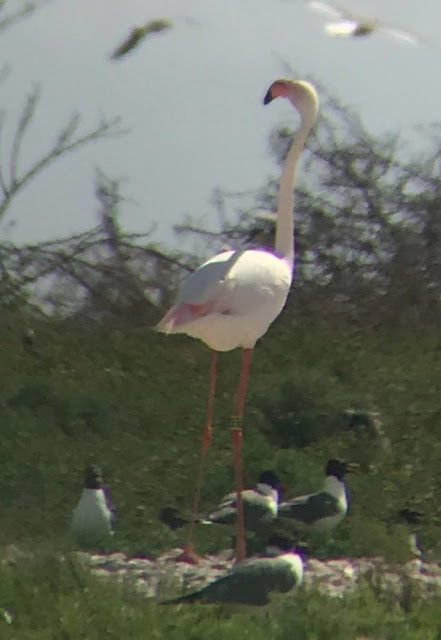