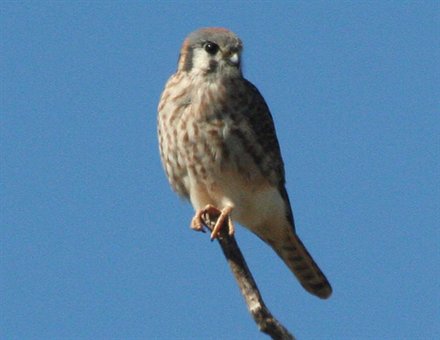 The American Kestrel is the smallest and most common falcon in North America and also the cutest in my opinion. I photographed this one at Anahuac National Wildlife Refuge.

Increased artificial lighting in the world is a cause for celebration in some previously dark areas as it signifies increased prosperity and better living conditions, but too much of a good thing can be very bad indeed, both for humans and animals. A survey has rated the brightest metropolitan areas in the world. Some of them might surprise you.

The Arctic sea ice inexorably continues melting and that has potentially serious implications for the world's weather. It may seem counterintuitive but the sea ice actually has a moderating effect on weather. What will happen when it is gone? 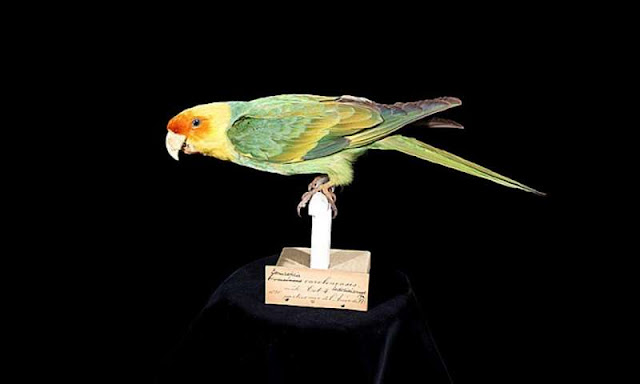 2018 marks the centenary of the death of the last of North America's only native parrot, the Carolina Parakeet, but the bird is still being studied by scientists. Recent research has revealed more about the bird's range and distribution.

The giant baobab trees of Africa are dying. The death of the trees, some of them thousands of years old, is being linked by scientists to the effects of climate change.

Shorebirds around the world are threatened by human activities, by the vagaries of weather, and, of course, by climate change, but concerned conservationists are on the front lines, working to protect and save them as a vital link in the chain of life on Earth. In Colombia, home to some 1877 different species of birds, shorebirds, as well as other birds, were threatened for years by war. With the coming of peace, conservationists there have been able to join the effort to protect the shorebirds.

The Prairie Ecologist tells us about managing the various grasses of the prairie to maintain a healthy and thriving environment. It begins at the roots.

According to an analysis, the average monthly temperature in New Jersey rose nearly 2.19 degrees from 1988 to 2017. This makes it one of the fastest warming states.

National parks and historic sites like battlefields offer some prime habitat for birds and consequently are popular places for birders who go looking for them. Better habitat management of these places has increased their value and utility as public lands. They are also economic boons to the towns and cities nearby.

A new study by Los Alamos National Laboratory scientists and colleagues confirms that increasing minimum winter temperatures allow invasive beetles to expand their range; however, overcrowding can put the brakes on their population growth.

There's good news and bad news on the white-nose syndrome front. That's the fungal disease that has been killing bats by the thousands in the eastern United States for years. The disease continues to move westward and is infecting new bat species, but ongoing research now offers some hope of a way to fight back against the epidemic.

Mexican Spotted Owls, a federally threatened species, have been found near the property where Arizona Mining Inc. has had as many as 15 drilling rigs running since 2007, chasing silver, lead, zinc, and manganese.

A nondescript insect, the bogong moth, is the first insect known to use magnetic sense in long-distance nocturnal migration.

A new study confirms that warmer sea surfaces can affect the survival of juvenile albatrosses and lead to reduced population growth rates in the species.

The lethal pathogen, Batrachochytrium salamandrivorans or Bsal, has been killing amphibians around the world. Although it has not yet been detected in North America, the potential for spread is there and the Association of Fish and Wildlife Agencies is proactively planning how to combat it.

The endangered parrots of Australia need lots of help, and lots of money, if they are to survive extinction and the funds provided by the government of the country are inadequate to the task. Non Government Organizations (NGOs) are trying to take up the slack.