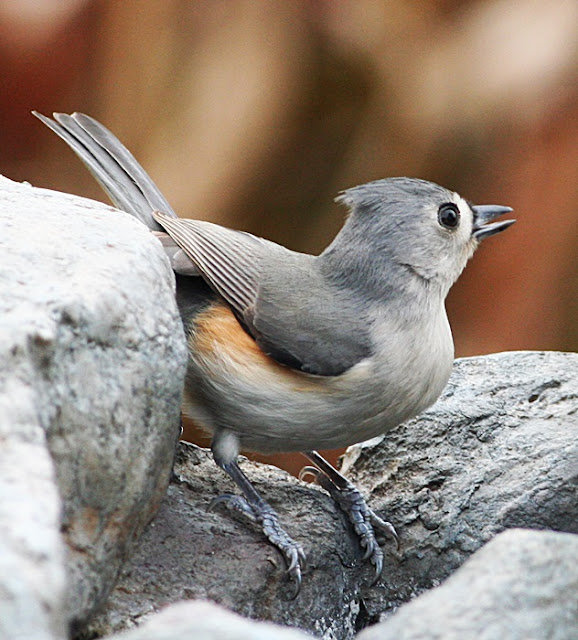 Tufted Titmouse having a drink from my little backyard fountain.

A new study out this week estimates Puerto Rico's deaths from Hurricane Maria could number as many as 4,600 Americans. Many of these deaths were attributable to delayed medical care because assistance to the island after the storm was delayed, ineffective, and insufficient. The island's infrastructure still has not been restored and this year's hurricane season began yesterday.

Plastic bags are a major threat to the environment and do inestimable damage. New Jersey's legislature is considering tackling this problem with either an outright ban or a tax on each bag. Perhaps more states will follow suit.

A group of volunteers monitoring spring migration at an observatory in Quebec were hoping to be able to count as many as 50,000 warblers on one day. Instead, they saw an astonishing estimated total of more than 700,000! It was a veritable river of warblers.

The midwestern United States had one of the coldest Aprils on record this year. That was followed by the hottest May on record, in which Minneapolis posted its earliest ever 100 degree day on Memorial Day.

Burrowing Owls in a Silicon Valley park are dying and disappearing. A bit of investigation has traced the source of the owl mortality to the nearby Google campus which maintains feeding stations for feral cats in the neighborhood.

Numerous studies have documented a precipitous decline in the biomass of insect life in many areas. That this has not gotten the attention that it deserves may be due to the fact that the naturalists who study insects also are dying off. Apparently, insects are just not sexy enough to command the attention of today's naturalists.

The Rio Grande Valley region of Texas is a major ecotourism destination, and much of the economy of the area depends on it. Building a wall across the border between the state and Mexico would harm biodiversity on both sides and would adversely affect ecotourism and the economy of the Valley. 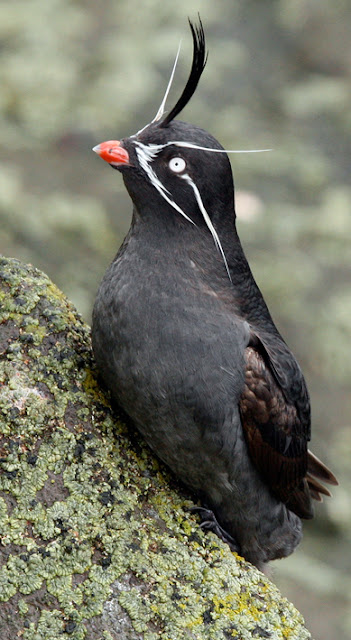 Whiskered Auklet image from The Auk.

Nearly all seabirds migrate. A notable exception is the Whiskered Auklet which stays close to its home in the Aleutian Islands of Alaska right through the year.

China has placed a ban on recycling most foreign garbage. That has led to many American cities and towns sending items designated for recycling to landfills instead as they have nowhere else to send them.

The eggs of some stick insects that are eaten by birds survive that experience and are excreted by the birds. The eggs then hatch in whatever location they've been dropped, thus assisting in the dispersal of the insects.

One of the problems in aiding the survival of insect species is that we don't know enough about them or about what they need to survive. This is especially a problem in regard to the native bees of North America.

For the first time since the 1980s, Western Snowy Plovers are nesting in Fort Stevens State Park in Oregon. Conservationists had been trying for years to lure them back to the area where they once nested many years ago.

A new study has found that parasites impair the ability of seabirds to fly and to care for their offspring.

How Homo sapiens first came to America and populated the two great continents from the Arctic all the way to Tierra del Fuego has always fascinated me. So, I was interested to see the report of a new study of the DNA of early inhabitants that came out this week. The study indicates that those early inhabitants split into two distinct groups over 13,000 years ago and that they later merged once more.