August 19, 2017
A roundup of the week's news of birds and the environment: 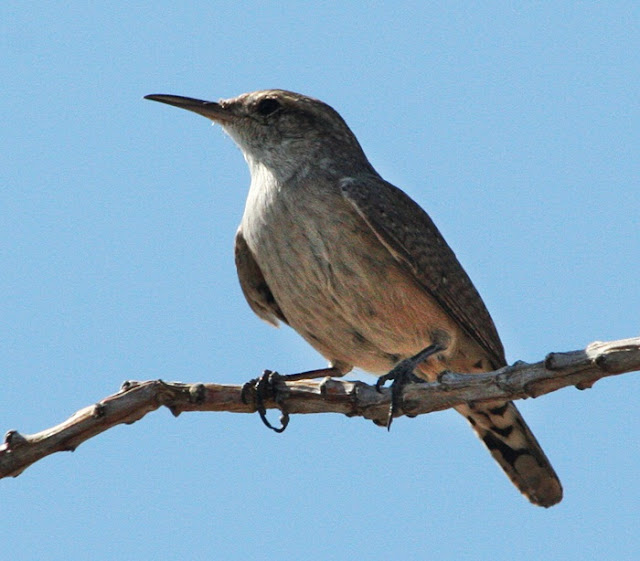 Here's a somewhat unexpected story: It seems that birding is becoming more popular among millennials! That is a hopeful sign for the future.

In a less hopeful vein, The Guardian has a story about how college-educated young conservationists are having a hard time finding paying jobs and many are giving up and turning to other professions.

The average temperature of the contiguous 48 United States in July was the 10th warmest in 123 years of record-keeping. In addition, the year-to-date (January - July) is the second warmest on record. In July, there were significant climate events in some parts of the country, with much above average temperatures in parts of the West, Mid-Atlantic, and Southeast and above average precipitation in the Southwest, Midwest, and Northeast.

The Eurasian Curlew, native to Ireland, has been declining for decades in that country due to the loss of habitat in the uplands. The steady deterioration in population means that this species, storied in Irish literature, could be extirpated in Ireland. It is an avoidable tragedy and Irish conservationists are trying to make sure it does not happen.

The original purpose of that bizarre presidential news conference this week was to boast about the fact that the president was signing another executive order repealing an action by President Obama to protect the environment. This one required that bridges, schools, fire stations, roads, and other public infrastructures be built to standards that would take into account rising flood risks. Contractors will no longer have to build structures to withstand the rising waters caused by climate change.

In related news, a series of emails shows that staff of the U.S. Department of Agriculture have been told to avoid the use of the term "climate change". Instead, they are supposed to refer to "weather extremes". Problem solved!

A coalition of business leaders from western states is lobbying the Secretary of the Interior Ryan Zinke to keep his hands off the boundaries of national monuments. These federal lands are a significant tourist draw that pump millions of dollars into the area each year. Shrinking them or rescinding protections for the lands, which Zinke and his boss are eager to do, could cost local governments and businesses much-needed cash.

A study of the effect on grassland birds of developing wind energy facilities on the prairies indicates that such facilities have little effect on the birds and are less detrimental to them than the construction of roads and the grazing of cattle on their nesting grounds.

Cities along our coasts, even where governments deny that climate change is happening, are already having to deal with rising tides and the damage they can cause. The traditional solution has been to build a seawall, but such walls can be breached and they are very disruptive to native habitats. Environmental engineers offer more natural, greener alternatives that can use the qualities of the landscape to provide protection.

A new study shows that bird populations flourish in stable environments. Thus, environments with less variability in their climates - i.e., tropics - are more likely to have a larger diversity of species.

Birders and others who are concerned about the environment continue to be appalled by the possibility that a wall will be built through Santa Ana National Wildlife Refuge on the Texas-Mexico border. The 10,000 Birds blog discusses the options for stopping the project and determines that, sadly, environmental laws will probably not save the refuge since those laws can be so easily ignored or rescinded by a hostile government. The key to saving the refuge - if it can be done - will be political.

The population of the Monarch butterfly of North America has plummeted from a billion to 33 million in two decades. Now, a plan to help the butterfly proposes using the interstate highway system, namely I-35. This highway cuts through the heart of the country and the eastern Monarch's migratory path. Restoring habitat along the highway, planting it with milkweed for caterpillar nurseries and other plants for nectar could go a long way toward aiding a comeback for the butterfly.

The increasing heat in the desert Southwest presents a significant challenge to the continued survival of songbirds there. They must struggle to find enough moisture to stave off dehydration in an increasingly hostile environment.

The wonderfully-named Pepper Trail is an ornithologist, essayist, and poet living in Oregon. He makes the case for the importance of learning the proper names of plants and animals. It is only by knowing their true names that we can begin to know them and to appreciate the habitat of which they are a part.

The Environmental Protection Agency, under the direction of Scott Pruitt, is scrapping a measure instituted by the Obama Administration that limited the water pollution that could be released by coal-fired power plants. Now, those plants will be able to pollute away, content in the knowledge that the agency that is supposed to protect the environment is protecting them instead.