Wednesday in the garden: Before the rains came

August 02, 2017
I was doing some tidy-up pruning in the garden today before an afternoon shower drove me inside. But before the pruning, I documented with my camera some of the things I saw around the garden. 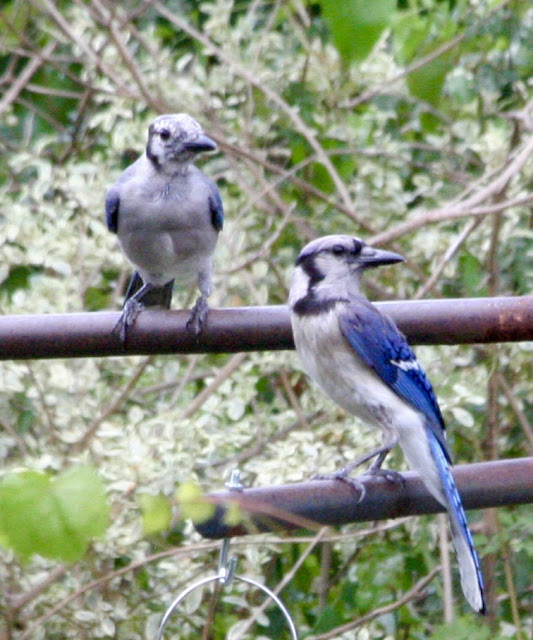 There was a bit of activity at the bird feeders. These Blue Jays were checking out what was on offer at the table. They look a little disheveled because they are beginning their molt. They'll be losing all their old worn feathers and growing bright new ones. 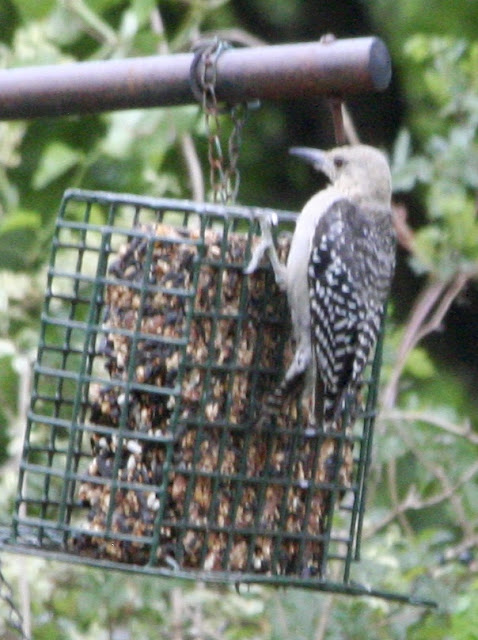 This juvenile Red-bellied Woodpecker hasn't got his distinctive red head and belly feathers yet, but he's learned where he can find a tasty meal. 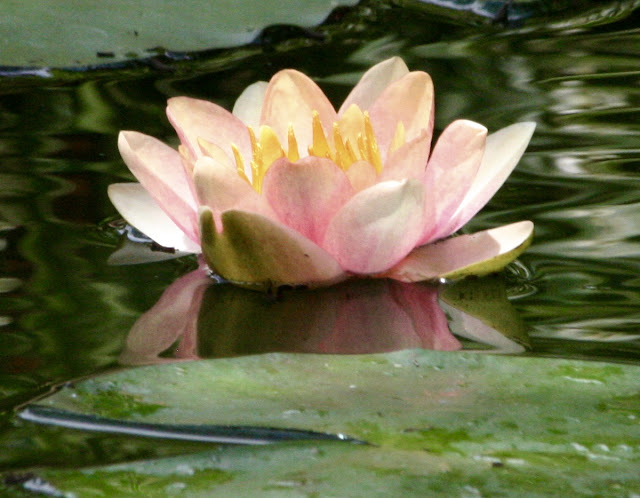 In the goldfish pond, the water lilies are flourishing. 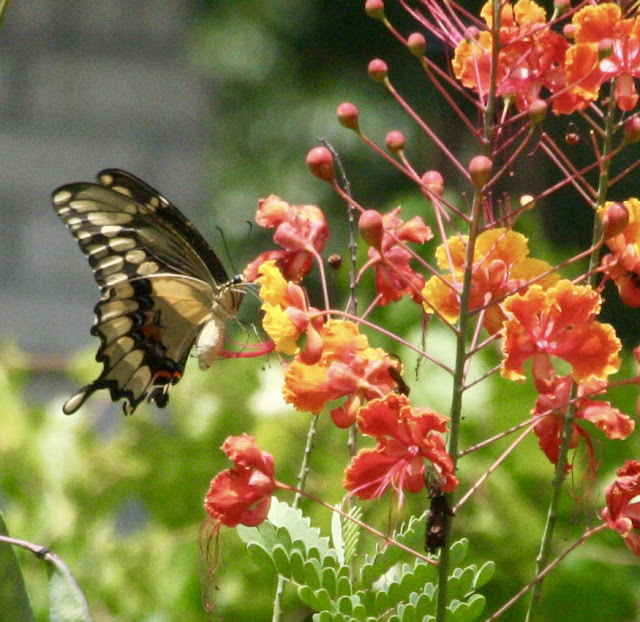 This Giant Swallowtail butterfly was very busy on the blooms of the 'Pride of Barbados'. 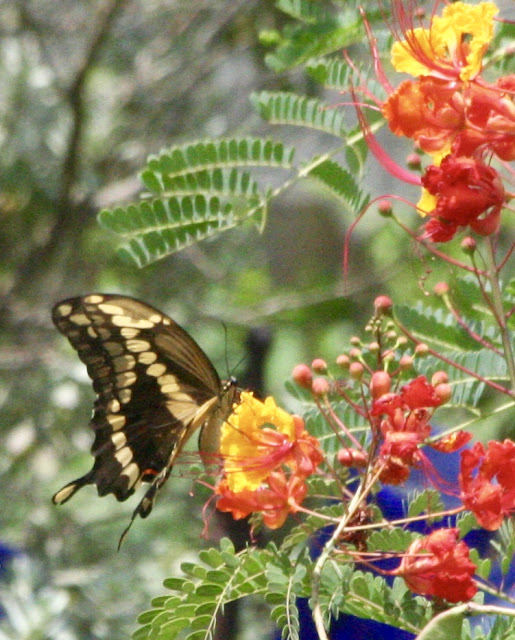 These flowers are favorites of many butterflies. 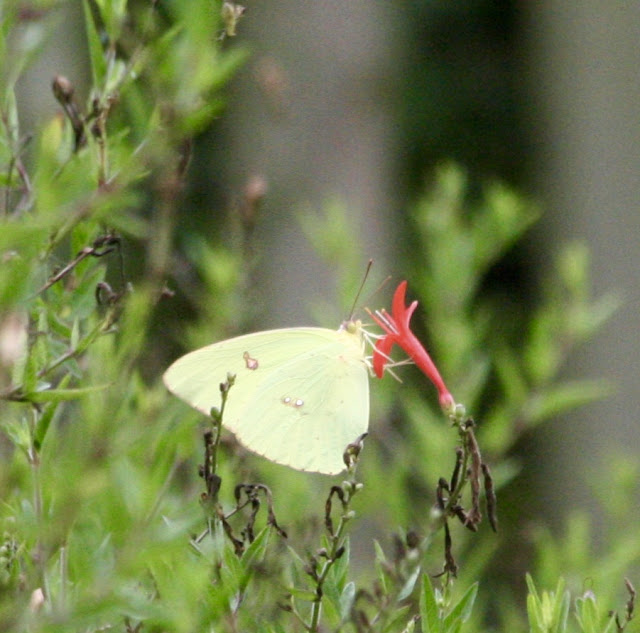 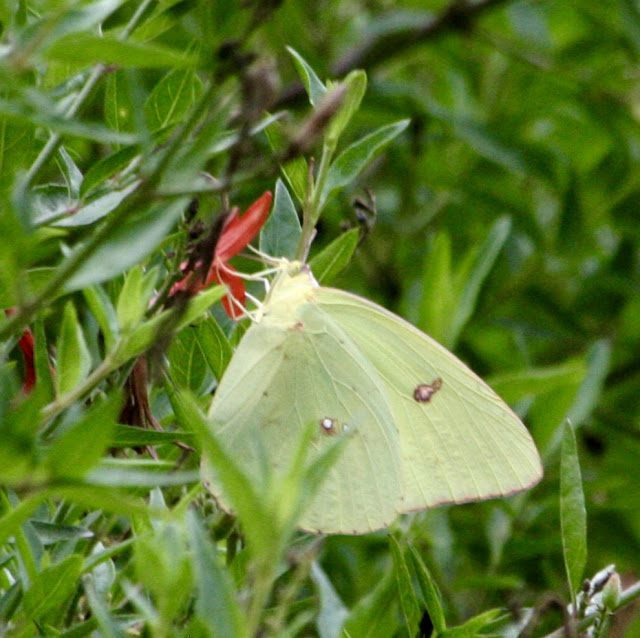 Sulphurs are numerous in my garden in late summer and fall. 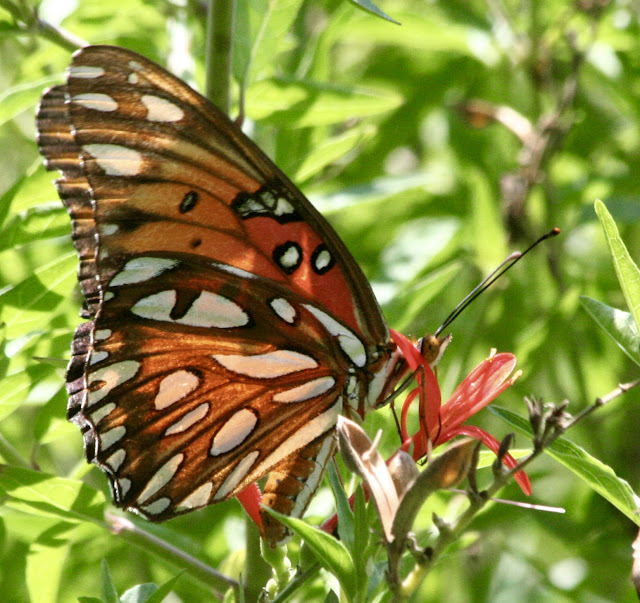 And the Gulf Fritillaries are numerous throughout the year. 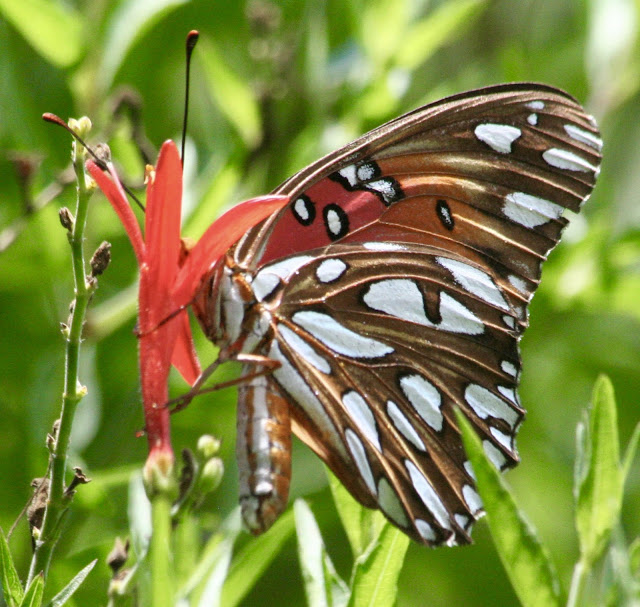 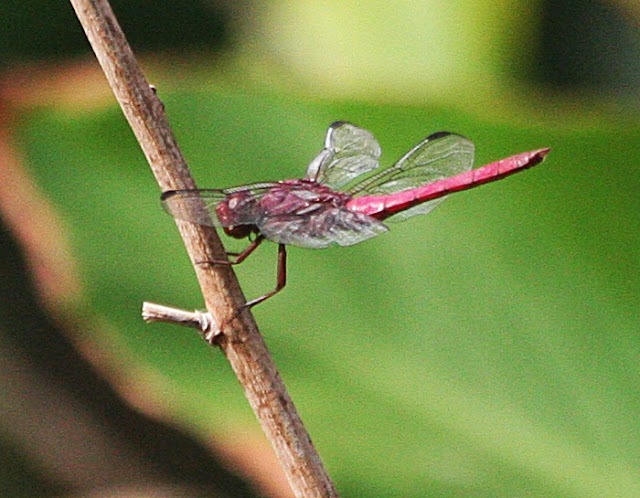 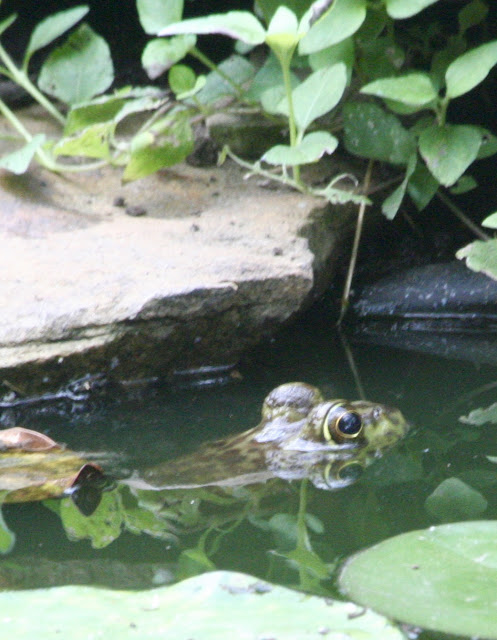 And in the pond, the newest resident decided to show himself. I think I'll call him Jeremiah. 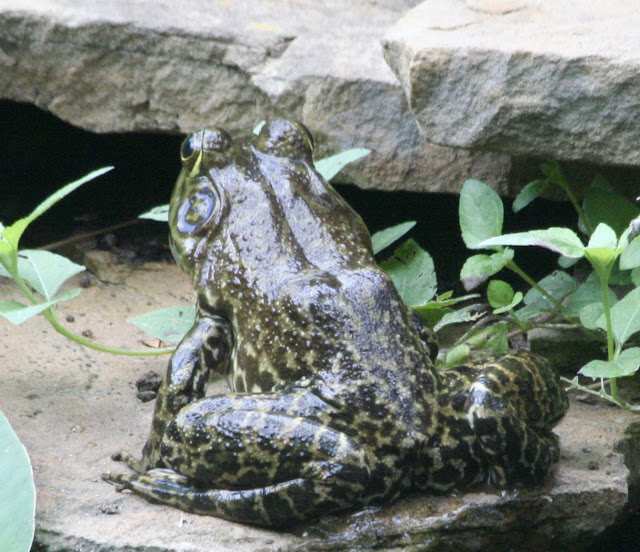 I've been trying to get a decent picture of this bullfrog for several days, but he's never bothered to cooperate. At least today he showed me his back, and I was surprised to see the colorful pattern that the camera revealed. From a distance of ten to fifteen feet and with my naked eye, the frog just looked gray-brown. 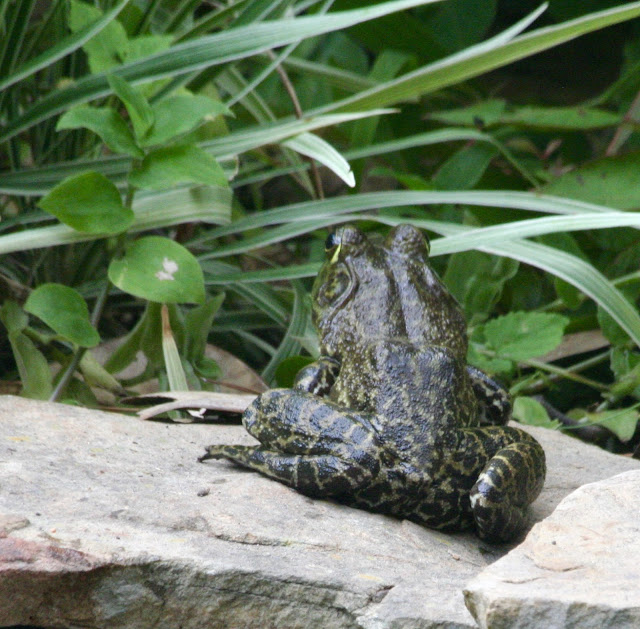 He decided to take a stroll into the variegated lirope that borders the pond. 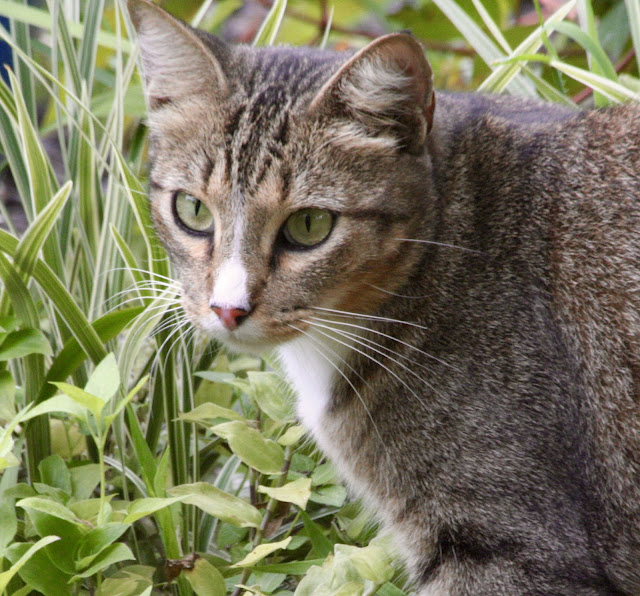 But he no sooner made it into the grass when his visit was cut short by Rudy, the Mighty Hunter, and he had to jump back into the pond.

And then the rains came and Rudy and I had to take cover, too.
birds bullfrogs butterflies cats dragonflies water plants