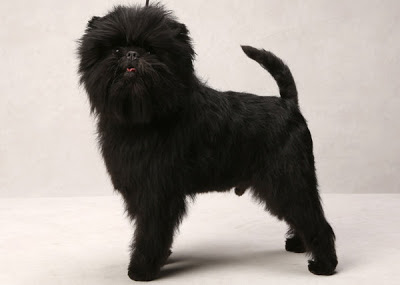 I am a cat person, but one of my guilty pleasures is watching dog shows on television, especially the Westminster Dog Show which happens at this time every year. These animals are the very best of their breeds and they are beautifully trained superb athletes who mostly seem to truly enjoy their time in the ring. They are just a joy to watch and I always look forward to spending time with them. Unfortunately, this year I was otherwise engaged and didn't get to watch any of the show, but I was delighted to look at the New York Times online later and learn that an affenpinscher, sometimes called the "monkey dog," had won the big prize.

Banana Joe, or Joey as he is called, was the first of his breed ever to win the Westminster Best-in-Show, and it is always fun to see a new breed win. There have been enough poodles and beagles carrying home the prize. Time for some new blood. It's especially nice to see such a quirky little dog as the affenpinscher, not exactly a household name among dog breeds, finally win.

I wasn't watching when he won because I was watching the other big show on television last night, the political one. I watched President Obama's State of the Union address and Marco Rubio's Republican response, as well as excerpts from Rand Paul's online tea party response. Comparing the three speeches made painfully clear that Marco Rubio is not ready for prime time and Rand Paul remains a loose cannon nut case, very much in the tea party mold. I'm sure they loved his speech.

The president's speech, on the other hand, was a continuation of the themes in his inaugural address. He laid out a bold progressive agenda for the months and years ahead, an agenda which, if enacted, would make this country more forward-looking and its citizens safer and more prosperous, with a greatly strengthened infrastructure and safety net and a reinvigorated economy. With the obstinate determination of the Republicans to obstruct and delay, it is not clear how much, if any, of his agenda can become law, but all we can ask is that he will continue to take the message to the American people and ask for their support, that he will, in fact, actually fight for these measures which he says he wants. I think he would find that the vast majority of Americans agree with him.

So, who won the political Best-in-Show last night? No competition, really. 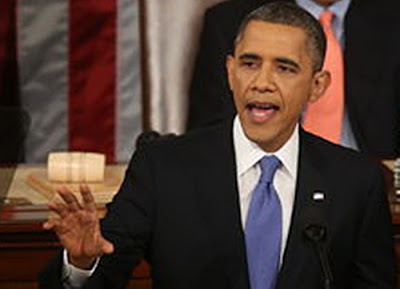 Hardly an unknown like the affenpinscher, but a well-known competitor who rose to the occasion once again.
affenpinscher Barack Obama dog shows politics