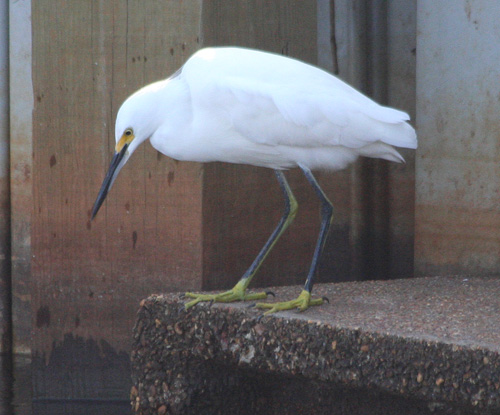 The losses of ice sheets in Greenland and Antarctica are tracking the worst-case scenario as stated by climate scientists. They are melting six times faster than they were in the 1990s.

Mangrove forests, marshes, and seagrass beds protect inland areas from storm surges and strong winds. Over long periods, coastal wetlands like these build up sediment that mitigates sea level rise and local land subsidence. A recent study found that there were staggering economic benefits derived from having healthy wetlands, a good reason to protect them.

In the absence of leadership from the federal government, many states are exploring cooperation in the fight against climate change.

A study indicates that birds are beneficial to farms that grow corn because they help to control pest insects. However, they do not provide the same benefit to soybean farms because they tend to eat some of the "natural enemies" of soybean pest insects.

Climate change is altering the character of the Kenai National Wildlife Refuge in Alaska. The forest is disappearing and the land is becoming grassland. Refuge managers are considering introducing grassland species, including bison, to proactively adapt to the changes.

The Atlantic Forest area between Brazil and Argentina has seen the number of jaguars more than double to 105. This is after the area had almost lost all of its big cats in the early 2000s.

A tiny skull trapped in 99-million-year-old amber suggests that some of the earliest birds evolved to become miniature. The skull may be from the world's tiniest dinosaur.

The administration in Washington is considering pushing for federal assistance for oil and gas producers hit by plummeting gas prices during the coronavirus pandemic. Because, of course, they are.

Meanwhile, the city of Honolulu has filed a lawsuit against eight petroleum companies for damages to the city from climate change.

The Greater Sage-Grouse has lost much of its habitat to oil and gas drilling and the Bureau of Land Management's solution to this is to cut down piñon and juniper forests to create more grouse habitat. Is this really an acceptable answer?

Coconut crabs in the Philippines are considered a rare delicacy and they are being overharvested to serve to tourists. Different options, including a possible sanctuary, are being considered to protect the creatures.

Cameras set up in gaps in the border wall between the United States and Mexico have documented the wildlife that passes back and forth through the border.

Intensive agricultural practices are contributing to the decline of the Mourning Dove population in the eastern part of the country.

The tiny land bridge between Central and South America that is the Darién region creates a kind of bottleneck for neotropical birds migrating between the two continents.

Studies that delve into how animals adapt in urban environments are still relatively rare. But anoles are becoming a model system for urban evolutionary research. Recent research shows how urban lizards in Puerto Rico are adapting to the increased heat of the urban landscape. 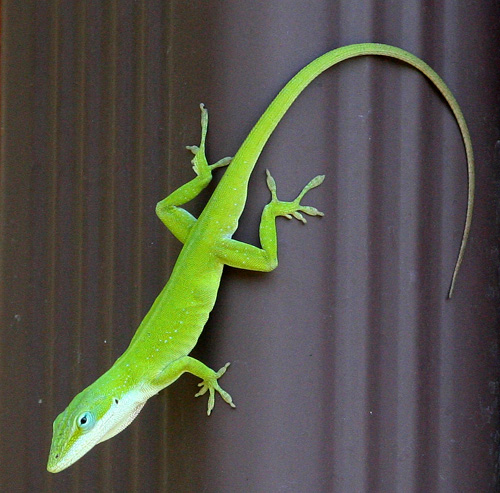 "No, I'm not a Puerto Rican anole but it gets pretty darned hot in Texas, too!"
weekly roundup