January 04, 2020
A roundup of the week's news of birds and the environment: 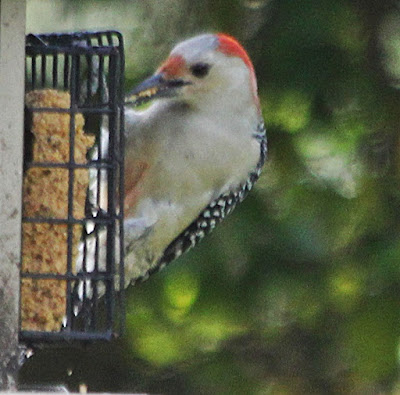 Thousands of Australians have been forced to flee their homes because of the wildfires raging there. As many took refuge on the shore, the week saw the last day of the warmest decade on record in the country. Nine people and countless animals have died as a result of the fires and hundreds of properties have been destroyed.

A new interpretation by the current administration of the Migratory Bird Treaty Act means that as of now, companies are no longer subject to prosecution or fines even after a disaster like the Deepwater Horizon oil spill in 2010 that destroyed or injured about one million birds and for which BP paid $100 million in fines. It essentially ends protections for migratory birds. Moreover, the Interior Department is planning to redefine "habitat" in a way that will make it more difficult to protect endangered species. (Truly, the damage that this administration has done to our environment is appalling and it is not at all certain that it can all be repaired.)

As the climate continues to warm, many species of birds that nest in North America are eschewing the long and hazardous fall migration to Central and South America. This includes many Ruby-throated Hummingbirds that are now choosing to winter in the Carolinas and further south along the Gulf Coast.Credit...

Interior Secretary David Bernhardt on Tuesday extended the tenure of William Perry Pendley as acting head of the Bureau of Land Management, without a presidential nomination to the post. Pendley has been a stalwart supporter of selling or opening up federal lands to drilling, mining, and other commercial use. The position of BLM director has been left empty for the entire tenure of this administration.

More than 400 new species previously unknown to science have been discovered in the past year by experts at the Natural History Museum in London. The new species include lichen, marsupials, snakes, long-extinct dinosaurs, and 171 beetles, one of which was named in honor of the teenage environmental activist Greta Thunberg.

The lone male wolf which took up residence in Belgium in August 2018 may have found a new mate. A female wolf has been observed in the area recently.

Two rare Spoon-billed Sandpiper chicks have been hatched in a captive breeding program in Britain. So far, the program has not been able to successfully return captive-bred birds to the wild.

Coyotes have been busily carving out new niches in the ecosystem for some time now, and one place they have found to make themselves at home is Donald Trump's golf course in New York City.

Although the heat wave being experienced in Australia this year has been nothing short of apocalyptic, conditions in the ocean surrounding the continent/nation are, if anything, worse.

Golden Eagles are birds of the West and Canada, but estimates are that about 5,000 of the birds spend their winters east of the Mississippi River.

So far the plastics industry has been very successful in beating back all attempts to regulate it and limit its production of more plastic products or certain types of plastic products.

The Environmental Protection Agency is pushing ahead with its plans to roll back environmental regulations despite sharp criticism from its panel of scientific advisers. The changes would weaken standards that govern waterways and wetlands across the country, as well as those that dictate gas mileage for U.S. automobiles. Another change would restrict the kinds of scientific studies that can be used when writing new environmental regulations, while a fourth would change how the EPA calculates the benefits of limiting air pollutants from coal-fired power plants.

Rather than developing new roots, conifers appear to rely upon their existing root systems during times of drought.

A ballot initiative in Colorado calls for the restoration of gray wolves to the state. If passed, the state would develop a plan for reintroducing the wolves to western Colorado by 2023.

Costa Rica has a plan to achieve zero greenhouse gas emissions by 2050. A key component of the plan is reforestation. Meanwhile, in Germany, fares for long-distance rail travel are being reduced to help encourage people to take trains rather than flying which creates more pollution.