November 30, 2019
A roundup of the week's news of birds and the environment: 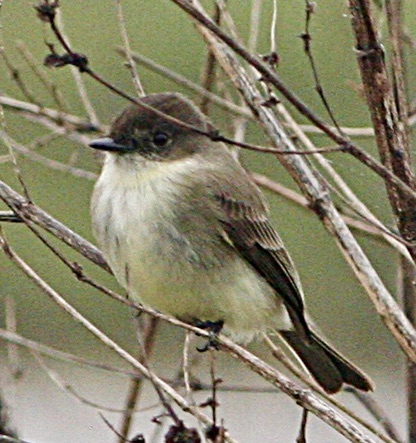 Each morning when I step out the back door of my house, I hear these birds calling all around my neighborhood. It is an Eastern Phoebe, the bird that announces its name with its call. Many spend their winters in this area, but I don't remember there ever being quite as many as this year. A symphony of "phoebes" - not a bad way to start my day.

This week there was yet another bleak report on the status of the planet in regard to climate change. Greenhouse gas emissions are still rising in spite of repeated warnings from scientists. China and the United States, the two biggest polluters, further increased their emissions last year.

There was a horrific tale out of Texas this week, where a woman was killed by feral hogs. This was only the fifth recorded instance of a fatal wild hog attack in the country since 1825. Feral hogs are an increasing environmental problem in many parts of Texas.

A study of the remains of salvaged bodies of seabirds on the Bering Sea shows how the ecosystem of the sea is being changed in this era of global climate warming.

Africa's vultures are under attack by humans who do not understand their vital importance to the ecosystem. They are often killed with poisoned bait. Now, South Africa is establishing "safe zones" for the birds to try to protect them.

There was another explosion at a chemical plant in Port Neches, Texas this week. It is a plant that has a long history of environmental violations. It had been out of compliance with federal clean air laws for years. So why hasn't it been shut down, you ask? Good question!

The fish in the waters around Iceland have long been a staple in the economy of that country. But now the warming waters are causing some species to move away in search of cooler waters, creating a crisis for the economy as well as the diet of Icelanders. 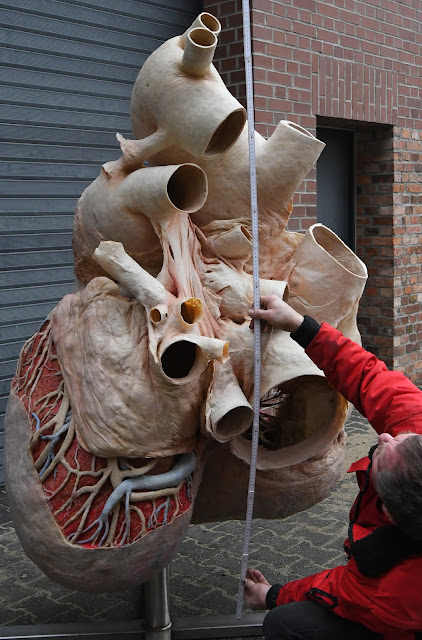 This is the plastinated heart of a blue whale that died in Newfoundland in 2014. It is being prepared to go on exhibit. Blue whales, as far as is known, are the largest animals ever to inhabit the planet and they feed on some of the smallest, krill. New research on them shows that when they make their dives, their great hearts can slow to only two beats per minute. This allows them to stay underwater longer.

The Sumatran rhinoceros is now extinct in Malaysia. The last animal, a female, has succumbed to cancer. The last male died earlier this year. It is estimated that only about 80 of the animals remain, mostly living in the wild on Sumatra.

Our great national treasure, our national parks, are in trouble. They suffer from being loved too much (overcrowding), from climate change of course, and from invasive species. But perhaps the greatest threat is that the government does not provide adequate funding to care for them.

Did you know that in vitro fertilization for frogs and toads is a thing? Well, it is and it is offering hope to save some endangered species like the Puerto Rico crested toad, seen here. 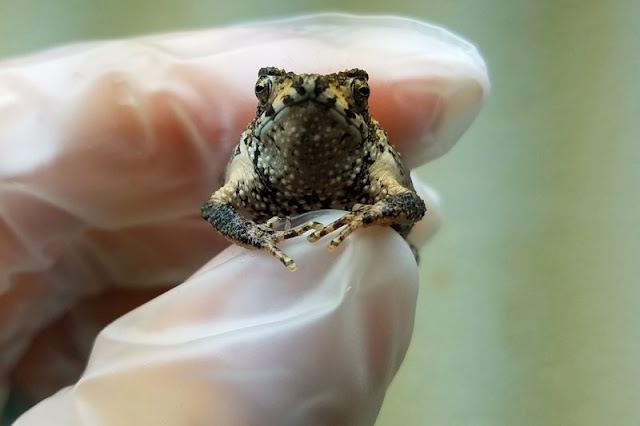 Puerto Rico crested toad at the Fort Worth zoo. Image from AP.

The threatened woodland caribou of the boreal forests of North America have declined rapidly in recent decades in western Canada, including in the oil sands areas of Alberta. Conservationists fear that restoring the habitat of the animals will not be enough to save them.

A seabird called the Short-tailed Shearwater had a mass die-off in the Bering Sea earlier this year. (See above) Now, the birds were two weeks late in arriving at their winter home in southern Australia and they have arrived in greatly reduced numbers from the past.

Arizona tribes including the Navajo Nation, environmentalists, state and federal agencies, river rafters and others have significant concerns about the proposal to dam a Colorado River tributary in northern Arizona for hydropower. The Navajo Nation owns the land where the dam would be located, and the projects won’t move forward without the tribe’s approval.

The fires raging in Australia have killed many of their iconic koalas and have ravaged their critical habitat. But fears that the animals are nearing extinction seem overblown, according to scientists.

There is an Amazonian tree that has leaves the size of a human body. It has now been described and identified as a previously unknown species. 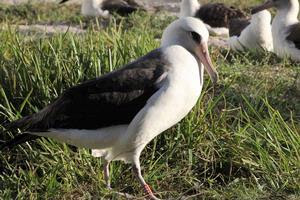 And just in time for Thanksgiving, Wisdom, the oldest known Laysan Albatross, has returned to her nest site on Midway Atoll National Wildlife Refuge. She is at least 69 years old and has hatched more than 35 chicks since she has been known to science. Wisdom - one more thing to be thankful for.
weekly roundup