November 09, 2019
A roundup of the week's news of birds and the environment: 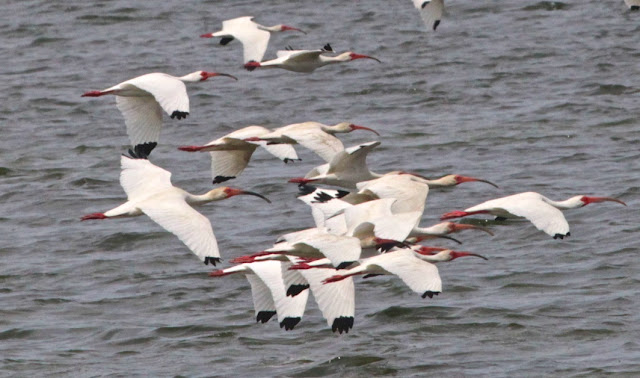 A flight of White Ibises off South Padre Island, Texas.

More than 11,000 scientists from around the world are once again attempting to get the attention of governments and persuade them to take effective action to fight climate change. In a report published this week, the scientists declare a "climate emergency" and outline six major steps that could be taken to address the situation.

However, the denialists currently in charge of our country's government refuse to acknowledge any such emergency. This week, they took the first steps to quit the Paris Climate Agreement.

In the U.K., the government has halted shale gas extraction (fracking) because of fears of generating earthquakes.

A warmer and wetter climate, the result of global climate change, is benefiting some species of birds on the grasslands of the Canadian prairie.

A contagious form of cancer that affects mussels originated off the Pacific Coast of Canada but it has now been spread, apparently as a result of human activities, to other species in Europe and South America. 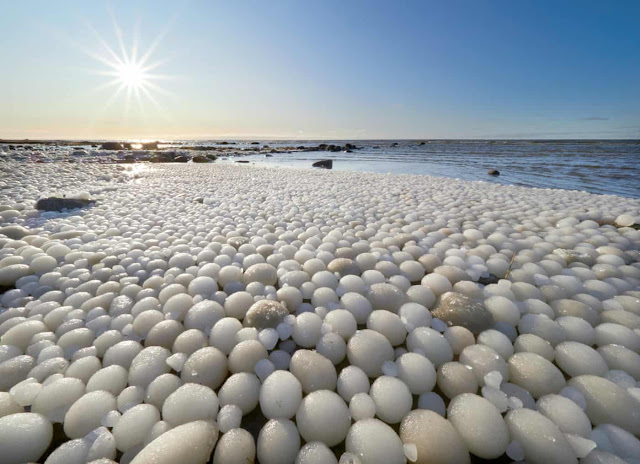 These are "ice eggs", a rare phenomenon that is the result of a very particular set of weather conditions. They occurred on a beach in Finland recently. The largest of the "eggs" was football-sized.

This story might be stretching the definition of "environmental" news but I couldn't resist. On the other hand, if we consider the universe as our environment...

NASA's two explorers, Voyager I and Voyager II, have now traveled beyond the heliosphere, more than twelve billion miles and 40 years into their journeys. When Voyager II crossed that frontier of interstellar space, it sent a faint signal from the other side, a signal which NASA scientists have now decoded. It gives me chills just thinking about it.

Meanwhile, back here on Earth, the current iteration of our EPA has taken steps to weaken rules governing toxic water pollution from coal plants.

Purple Gallinules have become quite common in our area in recent years, but they are great wanderers, sometimes finding their way up the East Coast and even into the Canadian provinces. Recently, an immature bird has turned up in Central Park in Manhattan to the great delight of birders there.

Anyone who has ever spent time around guineafowls might think the phrase "pea-brained" was coined to describe them. They have tiny brains not only compared to mammals but compared to other birds as well. But a recent study of the Vulturine Guineafowl of eastern Africa found that the birds live in complex, many-layered societies, in spite of their lack of braininess. 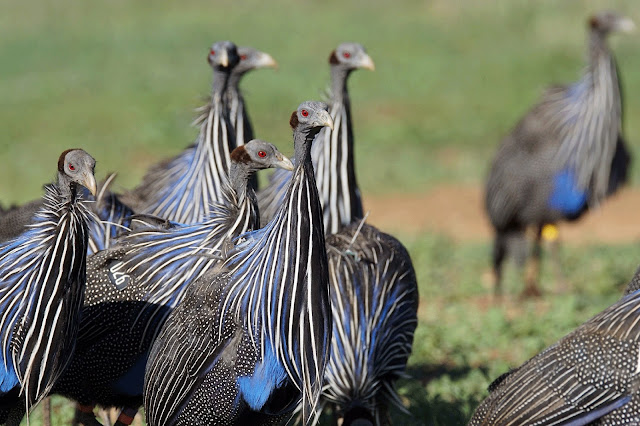 Turtle Doves in the U.K. have suffered a 51% decline in population over the last five years. It is now Britain's most endangered bird. But wildlife-friendly agriculture funded by the government is offering some hope of a recovery for the birds.

Mexican archaeologists have made the first-ever discovery of pits that were built around 15,000 years ago for the purpose of trapping mammoths. They have found two pits that contained 824 bones from at least 14 mammoths.

The most threatened member of the gull family is the Black-billed Gull. About 300 of the birds have established a colony with 130 nests in a derelict building in Christchurch, New Zealand. The bird is endemic to New Zealand and is only found there.

Installing wind turbines and solar panels in the U.S. Midwest instead of other parts of the country would deliver the biggest cuts in climate-warming emissions and improvements in public health, according to a study published on Tuesday.

The National Parks Conservation Association has released a list of the 12 national parks that are most threatened by oil and gas drilling. Some of my personal favorites are on the list.