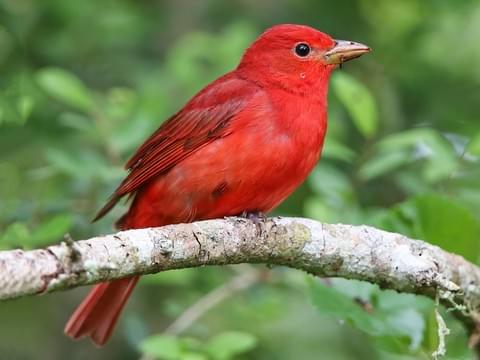 That other redbird, the Summer Tanager, is here. Can summer be far behind? Three weeks behind according to the calendar, but, with our recent temperatures topping 90 degrees Fahrenheit every day, it seems that summer, like the tanager, is already well and truly here.

In one of the more gruesome consequences of the heating up of the planet, the bodies of some climbers who died on Mount Everest but whose remains were never recovered are now being revealed by the melting snow and ice. Many of the bodies are quite well preserved. Finding dead bodies has become a new normal for those who attempt the climb.

We are all too sadly familiar with the phenomenon of climate change deniers, those who make the claim that all those climate scientists are in cahoots and are seeking to scam us while they rake in the big bucks from those who are paying them to do it. Well, in the wake of the report that up to a million species are now in critical danger of extinction, get used to hearing from the "extinction deniers," people who are out to obfuscate and debase scientists and conservationists trying to preserve endangered species. Actually, in many cases, climate change deniers and extinction deniers are the same people.

The Black Rail, like all of the rail family, is a secretive little bird that is seldom seen and is not well known. But we do know that it is threatened by loss of habitat due to development, pollution, and global warming which is causing the seas to rise and envelope the saltmarshes along our southern coast where the bird lives. The U.S. Fish and Wildlife Service is expected to list the bird as threatened by the end of this year which could provide additional protection and give the bird a better chance of long-term survival.

The Gulf Coast oyster population has been hit hard during the last decade by the Deepwater Horizon oil spill, overfishing, hurricanes, flooding, and drought, but along the Texas coast, an effort is underway to build artificial reefs to aid in oyster repopulation. The reefs are constructed of rocks and/or oyster shells dumped into the bays, providing new habitat for the critters.

One of the more remarkable examples in recent years of Nature's ability to regenerate is the story of Chernobyl. Since humans have abandoned the area, it has been taken over by wildlife, including some rare and endangered animals. It has recovered to the extent that there are now eco-tours being offered in the area.

Although extinction of species is proceeding at an alarming rate, we don't often hear of the extinction of individual species as the event happens because scientists are cautious about declaring a species extinct. Thus, it may seem to us that extinctions and the threat to biodiversity are not as serious as they actually are. 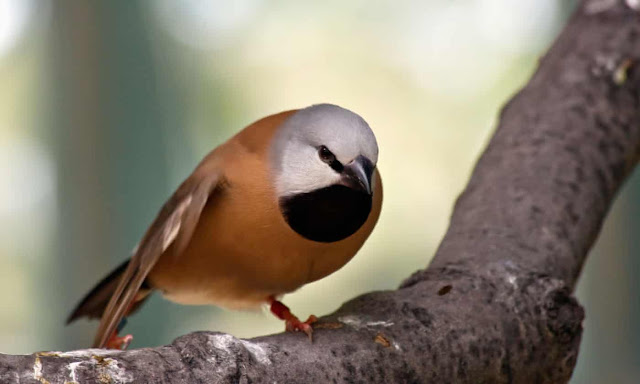 In Australia, the Queensland government has signed off on a management plan for the endangered Black-throated Finch, but some conservationists complain that the plan is more of a gift to a company which plans to mine coal in the area and that it could put the bird at increased risk of extinction.

Farmers in the Midwest have been hit by a devastating series of extreme weather events which are leaving some of them facing total crop loss this year.

The striped maple is a slow-growing species that thrives at medium to high elevations along the Appalachian Mountains from Georgia to Nova Scotia. It possesses the rare ability among plants to switch sexes. It may be female one year, male the next, and then switch back to female.

The southeastern United States has just endured one of the hottest Mays on record. And that would seem to be only the beginning as summer isn't even here yet. There is general agreement among climatologists that a contributing factor to the extreme heat is global climate change, but, as they swelter, the residents of the Southeast continue to reside in a hotbed of denialism.

Fortunately, there are at least some states in the country which are attempting to face up to the challenges created by climate change. One of those is Connecticut, where the House of Representatives has just passed a bill mandating the teaching of human-induced climate change in the public schools of the state.

Right whales in the North Atlantic have had a precipitous decline in their population in recent years and, even though there have been some births of calves this year, the population still stands at only 411. Scientists say the main thing contributing to the decline is the warming of the ocean which has reduced the whales' main food supply.

Saltmarsh Sparrows are another species that is being pushed toward extinction by rising sea levels. It is declining rapidly and needs protection but the U.S. Fish and Wildlife Service has delayed a decision on its status until 2023. Ecologists fear that may be too late for the bird.

States that share the water of the Colorado River just finalized a big agreement on that sharing last month. The next phase of negotiations may be more contentious as they try to plan for the future of the river.

The U.S. Department of Energy is attempting to rebrand fossil fuels as "molecules of freedom." No, I'm not making this up. In their newspeak, natural gas will now be known as "freedom gas." Somewhere, the shade of George Orwell must be shaking his head in disgust and disbelief.
weekly roundup