A good guy without a gun

Not necessarily. James Shaw didn't have a gun when he rushed and disarmed a man with an AR 15 rifle who was shooting up the Waffle House in Nashville. The man had killed four people and seriously injured others. Who knows how many might have died if James Shaw hadn't had the courage to act?

Maybe I've missed them but I haven't seen or heard any statements from the NRA or the usual suspects, including the tweeter-in-chief, lauding Shaw for his courageous action. Perhaps it's because once he got the gun away he didn't use it to shoot the attacker. Or maybe it's because he just doesn't fit the profile of the "heroes" in the fables they tell themselves. 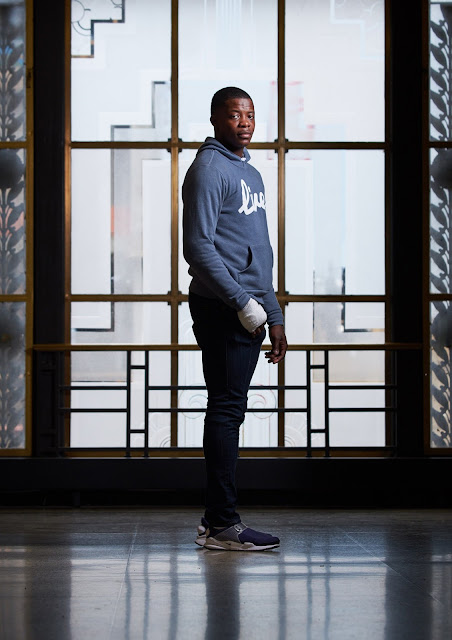 James Shaw, an ordinary man who "just wanted to live." (Image from The New York Times.)

Yes, sometimes what it takes to stop a bad guy with a gun is a good guy with his bare hands. And courage. 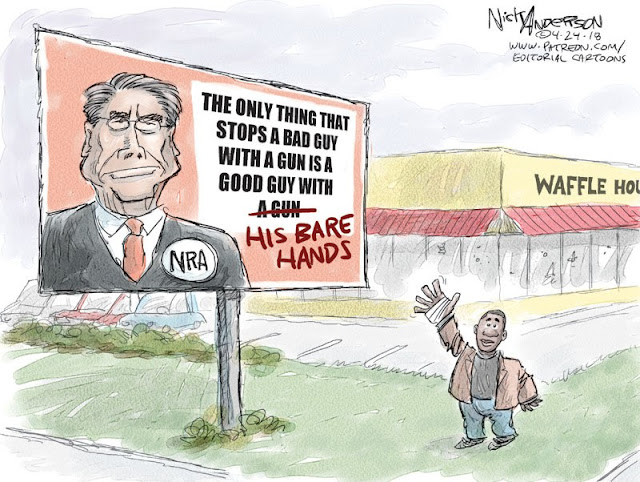