Wednesday in the garden: Moonflowers

The moonflowers are blooming. 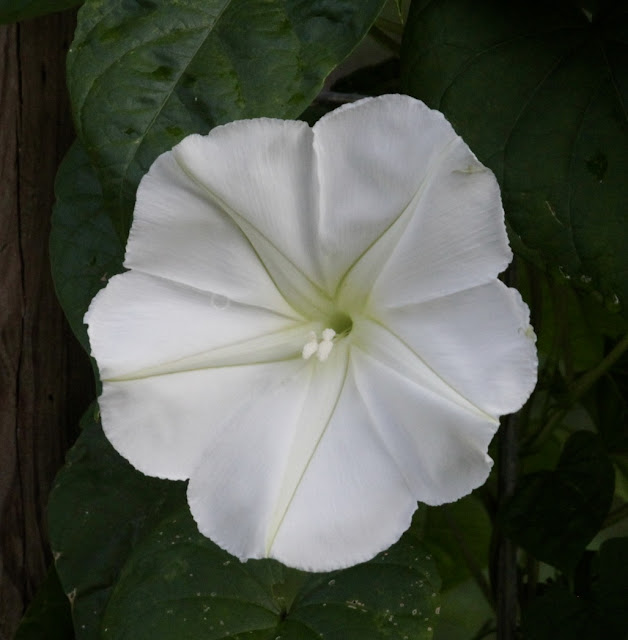 They seem to be a little late this year, or maybe I just planted them a little later. This member of the Ipomoea family, to which sweet potatoes and morning glories also belong, has the scientific name of Ipomoea alba but is commonly called moonflower for the very simple reason that it blooms while the moon shines. The beautiful and delicately scented flowers open in the early evening as the sun sets and they stay open through the night, attracting moths and other nighttime pollinators. 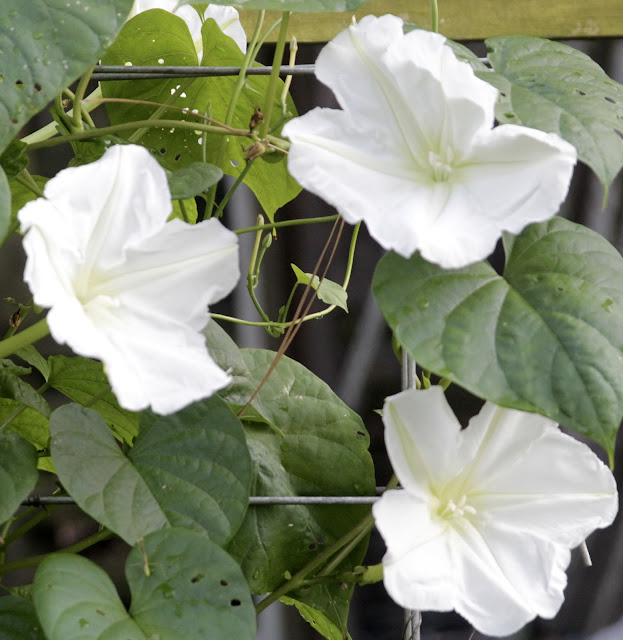 Typically, the blooms will stay open through the early morning, but then they close up and that's the end of that flower. There are usually several buds on the vines so that when one flower drops, another is ready to open up. 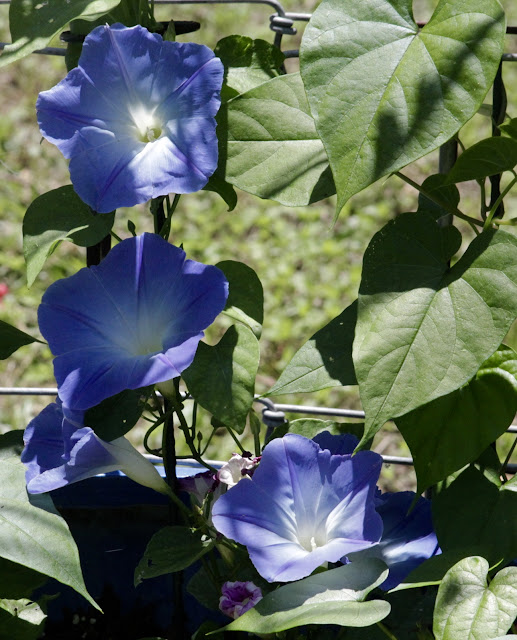 Meantime, as the moonflowers are closing under the light of the sun, their companion plants, the morning glories, are beginning to bloom. These blooms brighten mornings in the garden but generally poop out under the heat of the afternoon sun. And like their cousin, the moonflower, each individual blossom only lasts for the day.