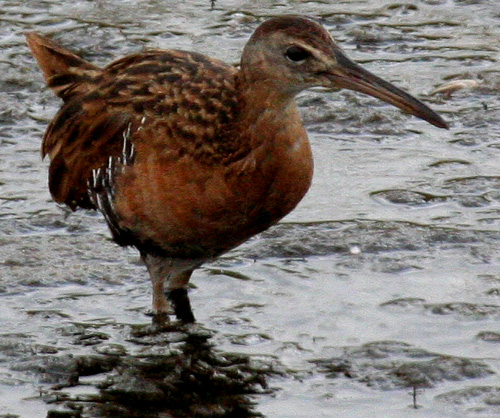 A coalition of influential officials in Arizona and Utah is urging the current administration in Washington to roll back Obama-era environmental protections that ban new uranium mining near the Grand Canyon. The Grand Canyon, like all public lands, is in danger from an administration that does not value them.

We know that members of the corvid family are very smart birds and now researchers from Sweden and Austria have determined that ravens are able to remember people who have tricked them for as long as two months after the incident.

Whitebark pines are a coniferous tree of the high country. They are going extinct because of a combination of factors; however, the U.S. Fish and Wildlife Service has not listed the species for protection under the Endangered Species Act, not because they don't recognize that the tree is endangered but because of lack of funds.

Beavers are fairly common in the boreal forests of the United States and Canada, but as trees are moving north in response to climate change, beavers are moving with them. They can now be found on the tundra of Alaska.

Climate change progress at the EPA is grinding to a halt as any mention of climate change has been deemphasized and halted and the agency tears up key planks of the emission-lowering agenda.

A new research model evaluates whether an extinct bird species could have flown based on their skeletal proportions - the length of wings and legs.

The serviceberry is a tree that is native to North America. It produces heavy crops of berries that typically ripen in June; thus, another common name for it is Juneberry. Birds love these berries! Cedar Waxwings, Baltimore Orioles, and Gray Catbirds, among others, flock to the trees to partake of this spring feast.

The elephant family tree has been shaken up by new genetic evidence from an extinct species of elephant that gives additional proof that the forest elephant and the savannah elephant of today's Africa are indeed two separate species.

A new study from The Condor: Ornithological Applications takes a fresh look at radar studies of seabirds on the island of Kauai and concludes that two endangered birds, the Hawaiian Petrel and Newell's Shearwater, have suffered steep declines in the last two decades. There has been a 78% drop in radar detections for the Hawaiian Petrel and a disastrous 94% drop in radar detections of the Newell's Shearwater.

Scientists are warning that U.S. coral reefs are on course to disappear within a matter of decades. Even strict conservation measures that have been imposed by Hawaii have not been able to spare reefs there from the effects of a warming ocean.

The Ridgway's Rail is another endangered bird that is getting some innovative help from concerned humans to try to keep its head above water - literally. In this case, it is artificial islands that are being constructed in San Francisco Bay, one of the few places where the bird is still thriving. The human-made islands are places where the birds can safely build their nests and rear young.

The "Backyard and Beyond" blog shows us that the Pale Beauty moth is indeed well-named.

Kestrels are able to vary their hunting techniques to take advantage of weather conditions. They are able to adjust their flight patterns to use differences in wind speed or thermal updrafts to most efficiently hunt their prey.

Bare trunks of dead coastal forests are being discovered up and down the mid-Atlantic coastline, killed by the advance of rising seas. The “ghost forests,” as scientists call them, offer eerie evidence of some of the world’s fastest rates of sea level rise. Forests provide habitat and protect against global warming, but they’re declining worldwide because of land clearing, fires, disease and invasive species. The ghost forests show sea level rise can be yet another cause of deforestation.

The relationship between Emperor Penguins and sea ice is a fragile one: Too little sea ice reduces the availability of breeding sites and prey; too much sea ice means longer hunting trips for adults, which in turn means lower feeding rates for chicks. Only in the past few years have scientists become aware of the penguins' ability to migrate to locations with potentially more optimal sea ice conditions. It is unlikely, though, that they will ultimately be able to move locations enough or fast enough to cope with climate change.