November 08, 2014
A roundup of the week's news of birds and the environment: 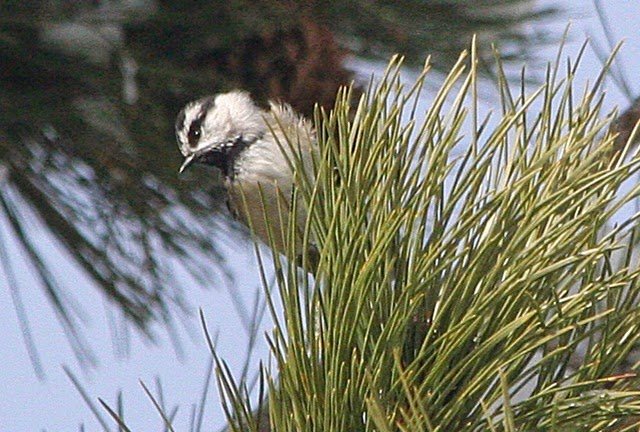 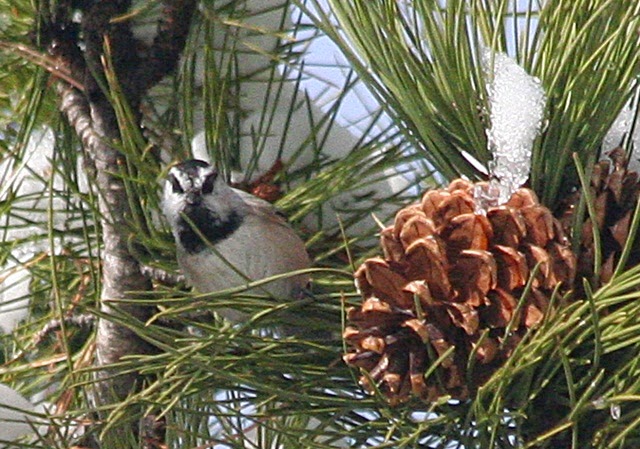 The biggest loser in last Tuesday's election appears to be science and the environment in general and climate science in particular. The next Congress will be even more hostile to the idea of doing anything about climate change than the current one. A recent Pew poll showed that 83% of Republicans either do not believe that global climate change exists or that it is a problem.

The distribution of birds in the United States is likely to change drastically over the next 60 years because of climate change and land use. A new U.S. Geological Survey study predicts where 50 common species will feed and breed in 2075 based on predicted changes in climate and the way the land is used.

In case you were wondering, at last count 1,659,420 species of animals have been described by scientists. Nearly 80% of those are arthropods, or insects and their crunchy relatives. There has long been a question as to how and when exactly these creatures evolved. A new study published in Science throws some light on the subject.

New 3-D scans of Dodo skeletons have revealed more about the structure of the giant extinct member of the pigeon family and about how it might have moved.

With the help of his colleagues, "Bug Eric" has identified the 40th species of grasshopper that he has found in the Colorado Springs area. It is a critter called the large-headed grasshopper and he has a picture of one on his blog.

When we think of milkweed butterflies, we automatically think of Monarchs, but in fact there are three species of butterflies in the United States that make use of the milkweed. There is, of course, the Queen, similar to the Monarch, that in some years is fairly common in my garden. (Not this year though.) But there is also a butterfly called the Soldier, with which I was unfamiliar. The Soldier can sometimes be found in southern Arizona and other subtropical areas of the country. With the changing climate, it may be moving into other areas. More reason to grow milkweed.

The emerald ash borer, an invasive insect from Asia, is expected to kill all the ash trees in the East unless they are treated with expensive chemicals, but now it has been documented to be branching out to a new species - the white fringe tree. Not good news for forests if this deadly insect makes the leap to other species.

In 2011, Australia's Labor Party government enacted a carbon tax and carbon emissions in the country started declining, rather drastically in some cases. But in 2014, a new more conservative government was elected and in July they repealed the carbon tax. Now those deadly emissions are rising again.

City lights at night can be deadly to migrating songbirds - most of which migrate at night. The lights confuse them and cause them to fly into high rise buildings, killing millions every year. Some cities have responded with a "lights out" program which seeks to reduce the confusing lights and give the birds a chance to survive.

The predicted rise in carbon dioxide and ozone over the next 100 years because of global warming is expected to increase the production of grass pollen which, in turn, will have an negative impact on human health for those suffering from allergens. In other words, people are going to be sicker.

In a new study in PLOS ONE, entitled "Predicting Vulnerabilities of North American Shorebirds to Climate Change," a team of scientists explored whether currently stable species might become "at risk."

In the last century, a blight killed virtually all the once dominant American chestnut trees of the United States. Now, a team of scientists in the College of Environmental Science and Forestry at SUNY (State University of New York) have produced American chestnut trees that are blight resistant, offering hope that these magnificent trees might again populate American forests.

Yellow-rumped Warblers are even now winging their way back to us. Indeed, some may already be here. They are among our favorite winter visitors. But these little birds are quite tough and are capable of surviving very cold temperatures because they are able to make use of wax-covered berries like bayberries. Like most warblers, they prefer insects but when those aren't available, they are opportunistic enough to make use of what is available.

Today is the opening of Project FeederWatch. So far, I haven't had a chance to get out and observe the birds in my yard, but I know it is going to be a very quiet beginning to this season's citizen science project. As I reported last week, many of my common birds have deserted my garden at least temporarily and even the House Sparrows have become wary under repeated attacks by a Sharp-shinned Hawk. Things should begin to pick up in a few weeks though as more of the winter birds arrive and my "regulars" begin to return. Fingers crossed.