November 05, 2014
The goldenrod along my back fence has been in bloom for weeks. It's almost finished now, but it has been a festival for the eyes and the bees this season. 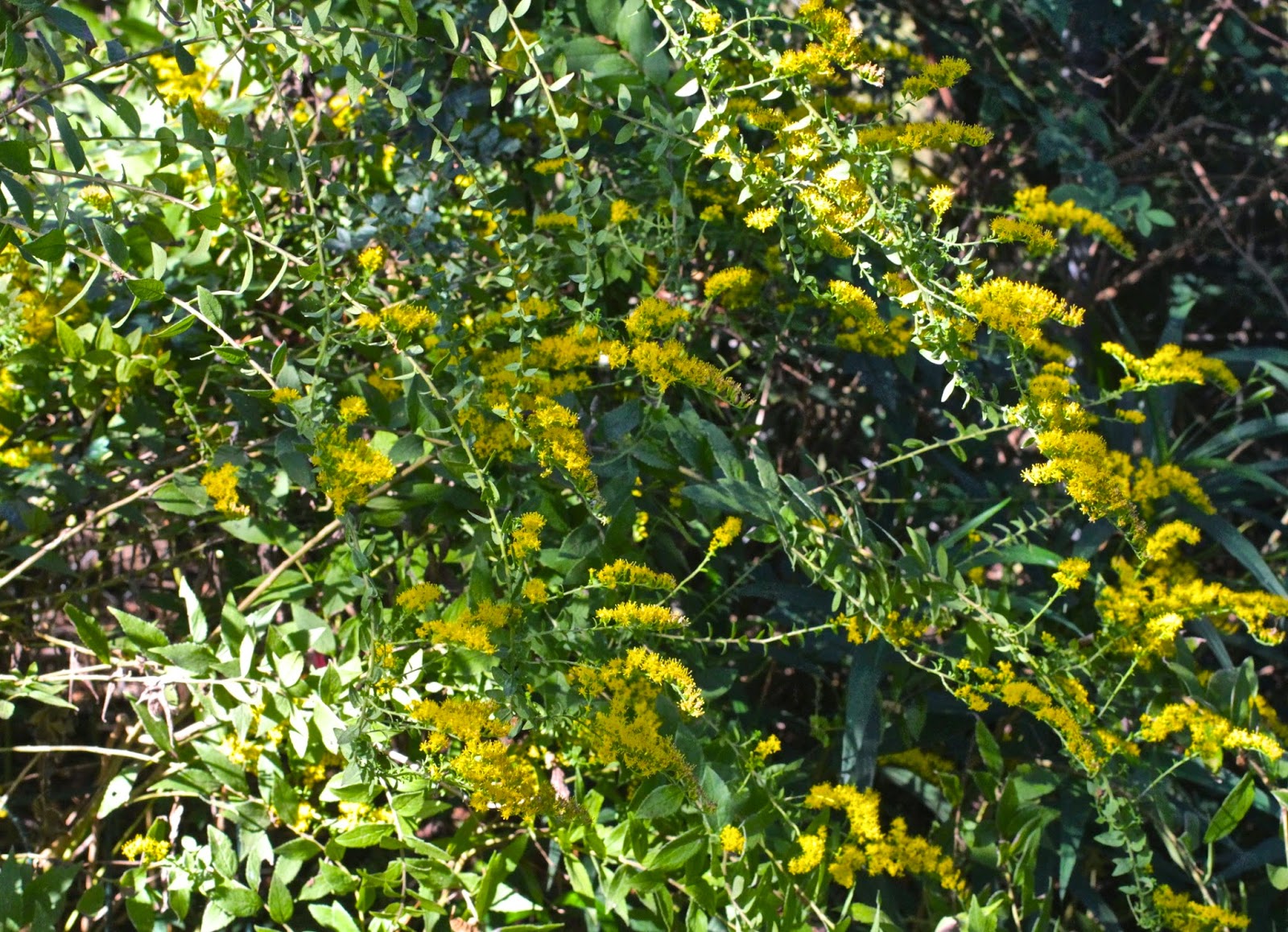 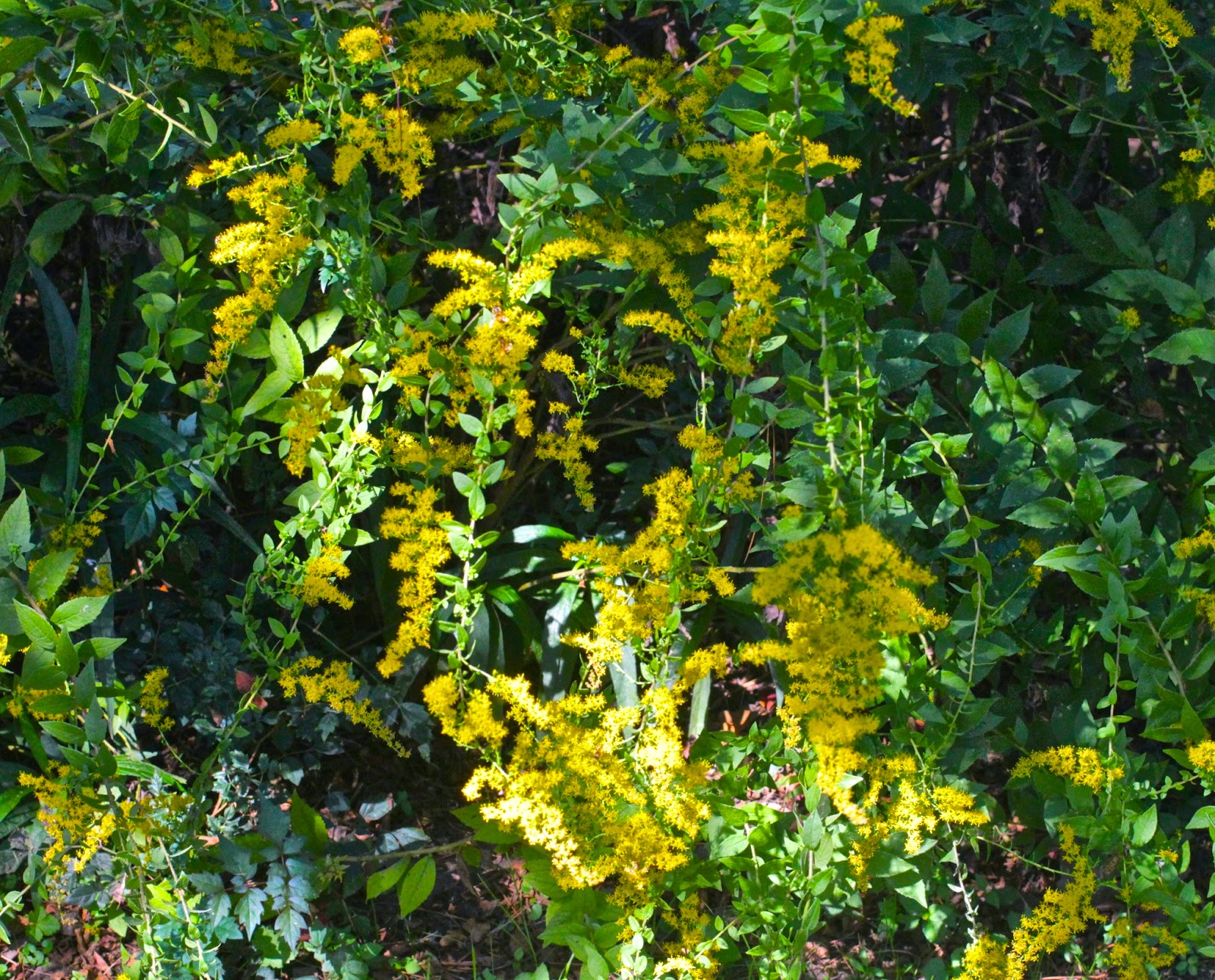 The goldenrod, or Solidago, is a member of the aster family. It is often unfairly blamed for causing hay fever, but goldenrod pollen is heavy and sticky and not easily blown by the wind. It is mainly pollinated by insects - the aforementioned bees and wasps in particular. The real hay fever culprit is ragweed which blooms at the same time and has pollen that is easily carried on the wind.

Traditionally, goldenrod was used in herbal medicine. It was considered a kidney tonic that could be used to counter inflammation and irritation caused by bacterial infections or kidney stones. Native Americans also chewed the leaves to relieve sore throats and chewed the roots to relieve toothaches.

The goldenrod is the state flower of Kentucky, Nebraska, and South Carolina, and is the state herb of Delaware. So, obviously, some do like it!
goldenrod