August 19, 2014
Joe Pye weed is an herbaceous perennial in the aster family that is native to the eastern and northern United States. It can grow from five to seven feet tall and spread from two to four feet wide, so it is best to give it plenty of room.

The plant is in bloom from mid to late summer. The one in my backyard is not quite in full bloom yet but is almost there. The blooms are mauve pink when fully opened. They can be quite showy and they have the added attraction of having a slight vanilla fragrance. The flowers give way to attractive seed heads which will persist right into winter.

The plants can be propagated through stem cuttings. It is best to cut them back to the ground in late winter and let them regenerate in the new growing season.

People often think of this plant as only a roadside weed and do not consider it as an ornamental for their gardens, but those, like myself, who like to use native plants in their gardens and who plant to attract butterflies and other wildlife know it to be a very valuable addition to their mixed ornamental borders, generally at the back of those borders.

This plant can take full sun to part shade. Mine is in part shade and it thrives there. It requires little water and is very hardy with no real disease or insect problems that I have discovered.

If you need a tall showy plant that will attract many different varieties of butterflies, you might consider giving Joe Pye a spot in your garden. 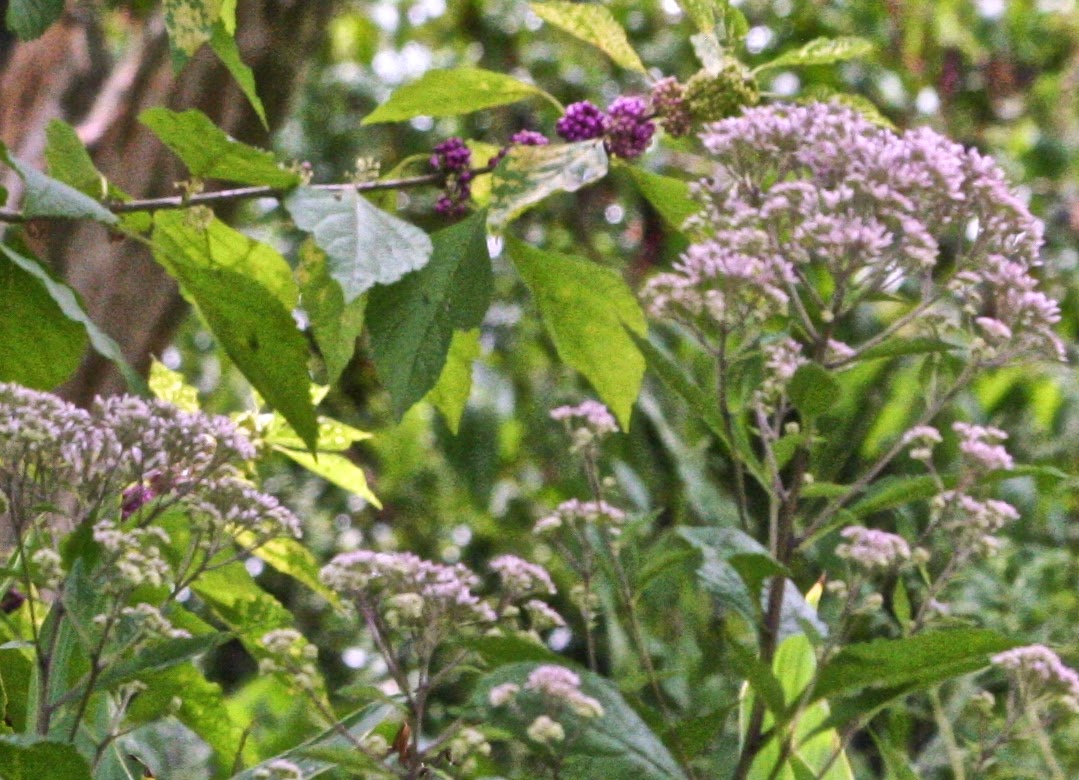