June 20, 2012
During our visit to Mississippi last week, we spent a day in historic Oxford, home of William Faulkner and many other quite famous writers through the years. We visited the wonderful Square Books bookstore on the town square.  It's an outstanding independent bookstore that carries a wide variety of books but specializes in Mississippi authors. There are a lot of them.

While at the store, I purchased a couple of autographed first editions of John Grisham and Ace Atkins, as well as two paperback mysteries by Carolyn Haines, a writer whom I had not read. My "to be read" shelves are beginning to groan under the weight of all the books there.

We could not be in Oxford, of course, without visiting the home of the most famous Mississippi author of them all, William Faulkner, so we headed out to the house called Rowan Oak. Faulkner had bought the house, a primitive Greek Revival structure that was built in the 1840s, in 1930 and had named it after the rowan tree, a symbol of security and peace. It was the home of the Faulkners until he died in 1962. In 1972, his daughter Jill sold the house to the University of Mississippi to secure its preservation and, in 1977, it was named a National Historic Landmark. 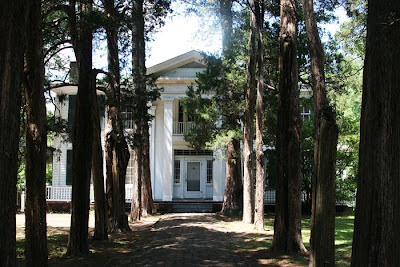 The house stands at the end of a walkway bordered by big eastern red cedar trees. The trees were planted after an epidemic of yellow fever that swept the South. It was believed that these trees helped to cleanse the air of bad vapors.

Rowan Oak is a a very modest and unpretentious house. Apparently, it suited Faulkner just fine. It was his home and his sanctuary. 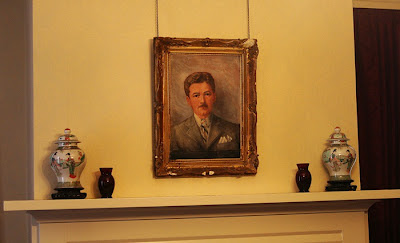 Above the mantle in the library is a picture of Faulkner that was painted by his mother who was a talented artist. My eye was taken by the two small ruby glass vases on the mantle. My mother-in-law had those exact vases, also, and now I have them. 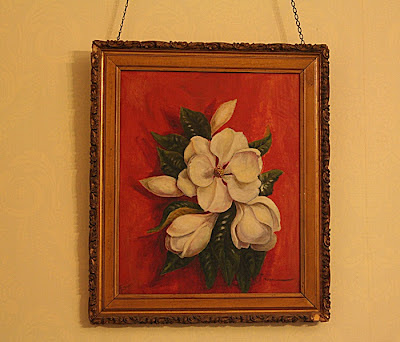 Also in the library was this painting of magnolia blossoms, another work by Faulkner's mother. In fact, all of the paintings in the library - several of them Faulkner ancestors - were painted by his mother. 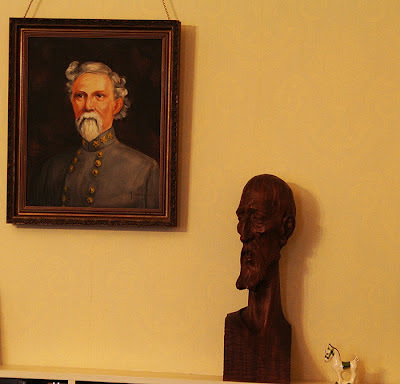 The painting is of Faulkner's great-grandfather Col. William C. Falkner. (That was the original spelling of the family name. Faulkner later added the U.) The bust next to the picture is of Don Quixote. Faulkner acquired it in Venezuela. 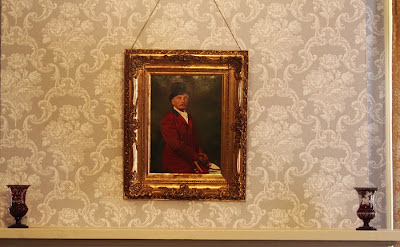 Across the hall from the library is the parlor which features another picture of Faulkner in his riding habit above the mantle. 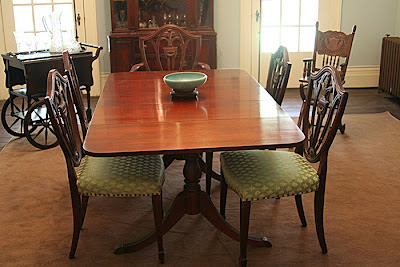 Another thing which struck me was this dining table and chairs which are like ones that my husband and I had when we were first married! We later passed them along to our younger daughter. 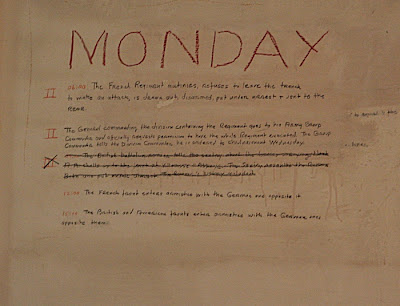 Faulkner added a small room where he did his writing and on the walls of that room, in his own handwriting, is the plot outline for his novel, A Fable. 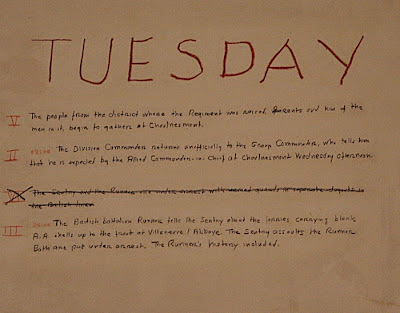 The action of the novel takes place during a Holy Week set during World War I. There is an entry on the walls of the room for each day of the week. The book, published in 1954, was awarded the Pulitzer Prize and the National Book Award. 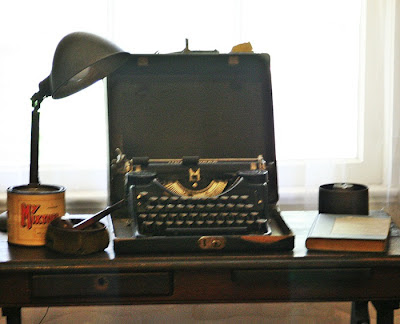 On a small table in front of the window in the writing room is Faulkner's typewriter and his ever-present pipe and can of tobacco. 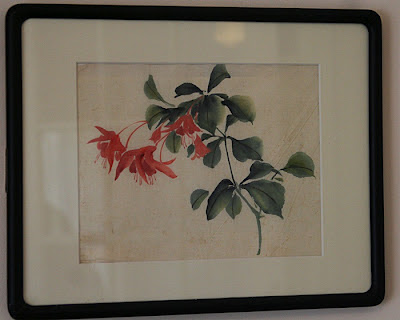 Faulkner's wife, Estelle, was a painter also and upstairs in the hallway and the family's quarters are several of her paintings. She loved Nature and was a bird watcher - a woman after my own heart! 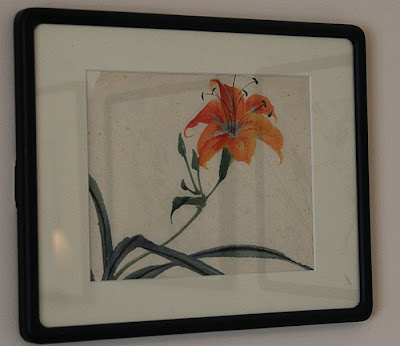 This looks like the old tawny orange daylily, often called "ditch lily," that one sees growing everywhere, including in the wild, in the South. 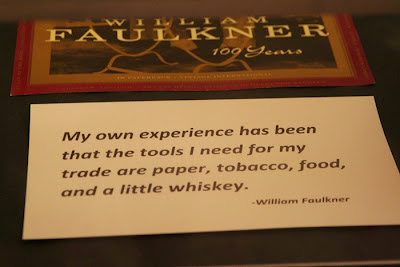 A quote from the man himself neatly sums up his philosophy of writing. This was in a cabinet near a book of newspaper clippings about Faulkner. One that I found was from the 25th anniversary of his death and stated that he was still receiving letters from people who did not realize he was dead! One recent one was from a Hollywood producer who wanted advice about filming some of his works. 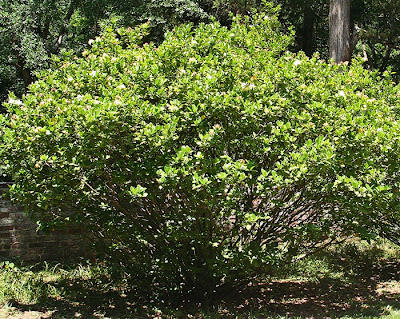 In the garden were two huge gardenias, much taller than my 5'5'', which scented the air with their wonderful perfume. 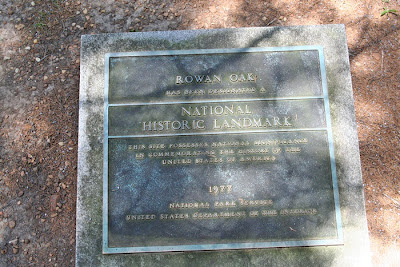 The plaque near the cedar-bordered walkway identifies this as a National Historic Landmark.

If you happen to find yourself in Oxford, by all means take an hour or so and tour Rowan Oak and its grounds. The spirit of Faulkner can be felt here, and the day we were there, the woods were full of birdsong. Miss Estelle, the bird watcher, would have been happy.