September 07, 2019
A roundup of the week's news of birds and the environment: 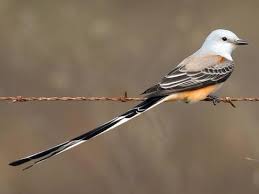 The Scissor-tailed Flycatcher is one of the more spectacular members of the flycatcher family that, for the most part, stays on the drab side of the color wheel. I'm not sure if that long tail serves any other purpose than ornamental, but it certainly makes the bird unmistakable in the field. Many Scissor-tails spend their summers with us but they will soon be leaving us to migrate to their winter homes in Mexico and Central America.

The current administration in Washington seems hell-bent on reversing all the hard-won protections that have been put in place for the environment over the years. Here are six of the major reversals they have announced. The loss of these regulations will leave our water and air and land much dirtier and the people who live on it sicker and shorter-lived.

It is feared that Hurricane Dorian has been the final nail in the coffin of the critically endangered Bahama Nuthatch. The habitat of the tiny bird suffered a direct hit, but it will take time to determine if any of the birds survived. Meanwhile, of course, Bahamians must deal with the humanitarian crisis created by the storm.

And in yet another rule change that would contribute to the greenhouse gases fueling global warming, the administration announced this week that it will significantly weaken federal rules that mandate more energy-efficient light bulbs.

One of the most endangered shorebirds on Earth is the Nordmann's Greenshank. Its nesting habitat has remained a mystery, but this summer, a few of the birds have been spotted in eastern coastal Russia and were photographed and some of them tagged.

You might call it a 150-million-year-old murder mystery, except in this case scientists think they know whodunit. It was a sauropod with its giant foot. The victim was a now-extinct species of sea turtle. All those millions of years ago the sauropod stepped on the turtle and crushed it and now scientists have found the evidence of the ancient footprint on top of the smashed carapace.

The administration in Washington is also attempting to revoke the waiver that allows California to set tougher pollution standards. That waiver was granted by the 1970 Clean Air Act and it has allowed the state to significantly clean up its once severely polluted air.

There have been a number of stories in the news this year about the drastic decline in insect populations worldwide. What does that mean for insectivorous birds like the flycatchers, swallows, and warblers that depend on those critters to live?

The Editorial Board of The New York Times weighs in on the current administration's seeming determination to despoil everything that is protected in the public lands held by this country.

Otters are appealing animals that belong in the wild. Some animal traffickers have been capturing them to sell them for display in public places like restaurants. Now the Convention on International Trade in Endangered Species (CITES) has given its highest level of protection to the animals.

Male kalutas, a small mouselike marsupial found in the arid regions of Northwestern Australia, are semelparous, which is a big word that simply means that they drop dead after mating! They take the admonition "live fast, die young" to its extreme. It is a rare reproductive strategy but has been observed before in a few species.

Bar-headed Geese are the high-fliers of the bird world, sometimes referred to as "astronauts". In migration, they fly over the Himalayas at an elevation of 26,000 feet. An understanding of their efficient use of oxygen during this extreme adventure might be useful in devising strategies to assist the medical treatment of humans.

Based on citizen science data, it is estimated that one-third of British birds have been affected in some way by climate change.

Squirrels are the ultimate observers. They are always alert. Their lives depend on it. One of the things they observe is the birds in their vicinity and when the birds relax, the squirrels relax. They depend on the senses of the birds as an early warning system to alert them to predators in the area.

The Bureau of Land Management is planning to remove an unprecedented number of pinyon-pine-juniper trees from the Grand Staircase-Escalante National Monument in Utah in order to create more foraging area for cattle and to make easier access to a world-renowned trophy-hunting deer herd.

Barn Owls come in two colors, brown and white. The white ones seem to have a distinct advantage when hunting in bright moonlight. Research showed that they were more successful in capturing voles in those conditions. 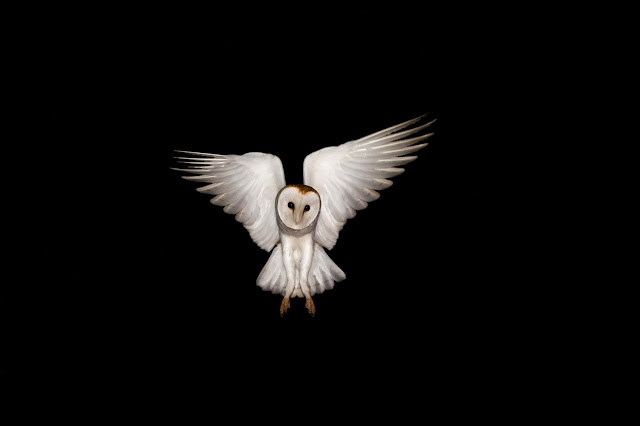 A white Barn Owl on the hunt, terror of voles.
weekly roundup