August 10, 2019
A roundup of the week's news of birds and the environment: 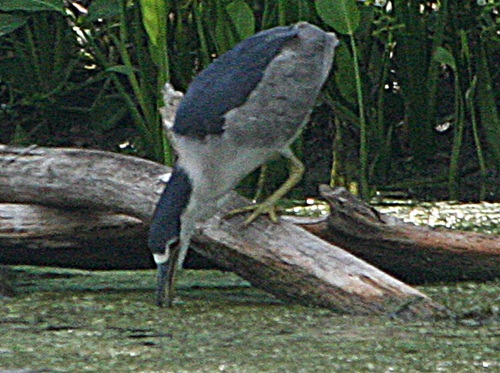 Black-crowned Night Herons are one of several species of herons and egrets that frequent our ponds and marshes. I photographed this one on a visit to Brazos Bend State Park. He was fishing for his dinner.

Light, created by humans for their comfort and convenience, is a type of pollution of the environment that perhaps does not get the attention that it deserves. It has been linked to human illnesses as well as to abnormal behavior in wild animals. There are few places in the U.S. that are still considered pristine, without light pollution. The Washington Post this week published a map that shows those places. They are mostly in the western part of the country, including one of my favorite places, the Big Bend National Park in Texas.

A new report from the U.N. Intergovernmental Panel on Climate Change this week examines how land use around the world contributes to the warming of the Earth's atmosphere and concludes that, in order to avoid the worst impacts of climate change, we must make serious changes in how we grow food, raise livestock, and manage forests.

Despite a formal directive that prioritizes oil and gas leasing and drilling outside the habitat of the Greater Sage-grouse, the current iteration of the Interior Department is pushing to allow such leasing and drilling in those areas, while at the same time working to undermine protections for the bird and its habitat.

A quarter of humanity is facing the prospect of running out of water. Seventeen countries around the world are currently under extreme water stress, meaning they are using almost all the water they have. The New York Times has a map that shows the most severely affected areas.

What can cause the massive die-offs of bumblebees that sometimes occur? The knee-jerk answer is pesticides, of course, and sometimes they are the culprit but not always. Strange phenomena sometimes occur in Nature.

Alaska recorded its warmest month on record in July with an average temperature nearly one degree higher than the previous record set in July 2004. Moreover, for the first time, the state's extensive coastline was left entirely free of sea ice.

The EPA has announced that it will allow the use of controversial poison devices that employ sodium cyanide, and are dubbed "cyanide bombs" by critics, to kill wild animals. The "bombs" have been known to kill indiscriminately, including endangered species and household pets as well as causing harm to humans, thus critics continue to object to their use.

An Israeli probe meant to land on the moon instead crashed into the surface this week, which might not be noteworthy except for one thing: The probe contained a cargo of a few thousand creatures called tardigrades, considered the toughest animal on Earth. They are tiny but almost indestructible and scientists think they probably survived the crash and may now be live on the moon. 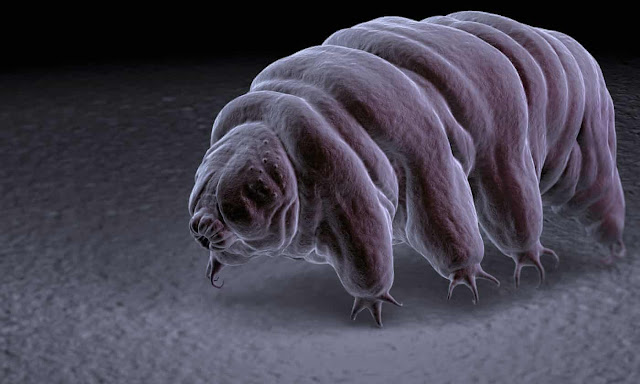 Back on Earth, a part of the heartland of the U.S. has been flooded for five months but it doesn't seem to attract much attention. About 550,000 acres of land in the rural Yazoo backwater area of the Mississippi delta have been underwater since February. It's a poor farming area which may account for the lack of notice, but it has devastated the agricultural prospects for this year.

Despite habitat protection, Northern Spotted Owls are continuing to decline in Washington's Mount Ranier National Park and the main cause seems to be competition from the more aggressive Barred Owls which have expanded their range into the area.

New Zealand, which today has the heaviest parrot alive, the Kakapo that is too chubby to fly, was once home to a three feet tall probably flightless parrot which may have weighed as much as a bowling bowl. The creature's bones were found on New Zealand's South Island, an area replete with fossil deposits from the early Miocene (19 to 16 million years ago).

There is one area in Cambodia that is home to five critically endangered birds - three vultures and two ibises. It is Western Siem Pang, a forest sanctuary, and conservationists are working to ensure that it is preserved.

A beaver has been spotted splashing in the Hudson River off the Upper West Side in New York. Will it become the new animal darling of the city, replacing the now absent Mandarin Duck that caused such a stir?

A study recently published says that Herring Gulls are less likely to steal food if they are being watched. Making eye contact with the thieves keeps them at bay.

Researchers say that this year has been a good one for fireflies and Monarch butterflies in Eastern Canada. The numbers of the insects are up substantially over recent years, offering a flicker of hope for the continuing survival of their species.
weekly roundup