November 17, 2017
A roundup of the week's news of birds and the environment: 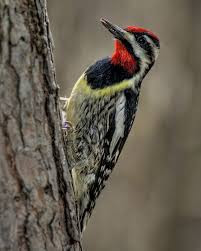 And yet another of our winter birds made its first appearance in my neighborhood this week. I've been hearing the squeaky call of the Yellow-bellied Sapsucker all around my yard, although not actually in my yard, all week long. The birds favor the huge pine trees that stand in my next door neighbor's backyard.

The Keystone Pipeline had a leak that spilled about 210,000 gallons of oil in South Dakota this week. It was in an agricultural area of the state and apparently the oil has not gotten into the waterways. Coincidentally, the public service commission in Nebraska is set to announce in a few days its decision on allowing the pipeline to be extended through that state.

An entire flock of the endangered Puerto Rican Parrots disappeared following the one-two punch of Hurricanes Irma and Maria. Conservationists have been searching for them since. Some individual birds have been found alive and some are known to be dead, but, as yet, many are not accounted for.

Global carbon emissions have been flat for the past three years, but this year they are on the rise again. They are up by about 2 percent. Most of the increase is attributable to China. 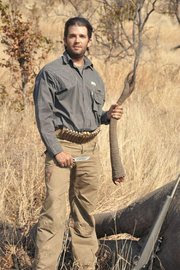 However, after a storm of protest, the president tweeted on Friday that he was putting the announced action on hold until he could "review all conservation facts."

Here's a thought: Perhaps he should try reviewing all the facts before he announces an action.

A new study of birds in California reveals that, in an adaptation to the warming climate, many of the state's birds are nesting at least a week earlier than they did a century ago.

We know that many bird species as well as other kinds of animals have made the successful transition to city living. Now we learn that bats, too, are finding the city a welcoming place and perhaps a haven from some of the diseases that have plagued them in recent years. Bats seem to particularly like Washington, D.C.

Chaco Canyon in New Mexico contains a concentration of ancient Pueblo culture structures that were abandoned around 1200 AD. The site is as close as the US gets to Egypt’s pyramids and Peru’s Machu Picchu, but recent years have seen drilling pressing closer to the park’s boundaries, now aided by the current administration’s work to accelerate oil and gas development. Scientists and conservationists fear that drilling in the area could destroy important archeological information and artifacts.

At one time, the Passenger Pigeon was the most abundant bird in North America and, quite possibly, the world, but their abundance did not protect them. They were hunted to extinction, the last one dying in a zoo in 1914. Now, a study of their DNA has shown that they possessed a unique genome that made them well-adapted for their preferred life style.

John Rakestraw writes about two subspecies of Cackling Geese and describes the subtle differences that allow them to be differentiated.

Natural forest restoration is a lot more successful than human engineered restoration. That's not too surprising since Nature has been doing this a lot longer than we have.

Many seabirds are accidentally killed by commercial fishers. The deaths could be reduced or perhaps prevented by some simple changes to equipment or technique.

From the Everglades to Kilimanjaro, climate change is destroying world wonders. The International Union for Conservation of Nature has announced that there are at least 62 world heritage sites that are already being damaged and are at risk from the effects of climate change.

It's an uphill battle for survival for the endangered African Penguin. They are being put at risk by oil spills, commercial fisheries, climate change, disease, and predators. Rehabilitation of injured or ill birds is an important factor in trying to optimize the species' chances for survival.

Allopreening, i.e., the preening of one bird by another bird, is uncommon in the avian world, but it does occasionally happen and "The Rattling Crow" was able to snap some pictures of Common Moorhens in the act.

The colorful Jackson's climbing salamander was discovered in Guatemala in 1975 and had not been seen since. It's continuing existence was in doubt - until a forest guard recently sat down to have his lunch on the edges of the Finca San Isidro Amphibian Reserve. There he found what dozens of previous surveys could not – a small juvenile salamander, black and gold. It seems that the species is still alive and well; perhaps not numerous, but it does exist. 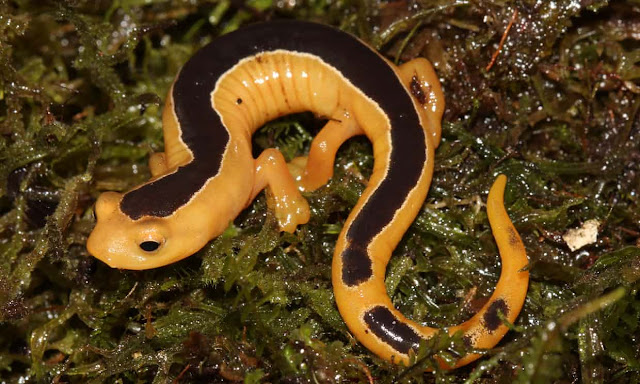 The pretty little salamander that the forest guard saw. Long may it live and climb.