November 12, 2016
A roundup of the week's news of birds and the environment:

More winter visitors have been showing up this week. 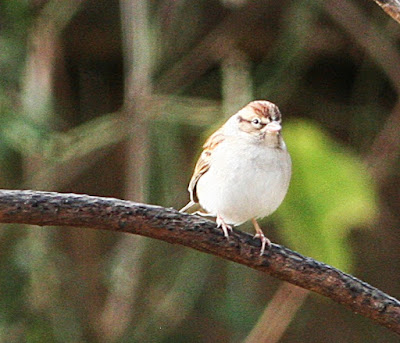 One day, I looked out the window of my library/office to see a flock of Chipping Sparrows at my front yard feeder. Here's one from last year. 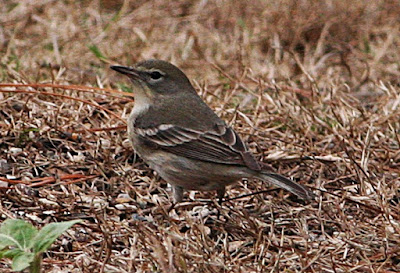 On that same day, in the backyard, a small flock of Yellow-rumped Warblers made their way through the trees looking for insects. 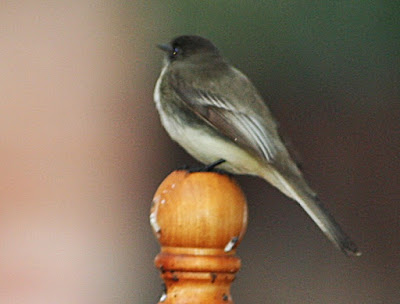 And all week long, I've been hearing Eastern Phoebes calling around the neighborhood.

Indeed, it seems like winter may be coming after all. At least these little birds think it is.

Project FeederWatch begins today and runs through early April. It is the citizen science project that provides information about the winter movements of birds. If you haven't signed up to participate yet, you can still do it anytime during the project period.

Germany's coalition government has reached an agreement on a climate change action plan that involves reducing greenhouse gas emissions by 80% to 95% by 2050. This is an important step as pressures on Germany to take a leadership role in the fight against global warming have increased following the U.S. presidential election.

Meanwhile back in this country, one of the first personnel choices announced by the incoming administration is that a climate change denier, Myron Ebell, will be appointed to head the Environmental Protection Agency.

"Bird brain" has long been a pejorative term, but, in fact, research continues to establish just how wrong that is. Birds are in fact quite intelligent, more like "feathered apes" than ignoramuses.

Approximately one-third of the reduction in carbon emissions in the U.S. since 2007 has been due to changes in electricity production away from coal combustion to natural gas and renewable energy sources and not because of an increase in fracking as some sources claim.

Birders in eastern states have been thrilled to find that many western hummingbird species are migrating through their area in late fall and early winter.

If we are to stave off truly catastrophic global climate warming then fossil fuel development must be tapered off as quickly as possible.

Plastic detritus in our oceans is wreaking havoc on many species, particularly seabirds that ingest it. Why do they do that? New research indicates that it is because after the plastic has been in the ocean for a while, it begins to smell like plankton.

Boobies can exhibit appalling behavior, at least by human standards, but we have to remember that these are the strategies that Nature has given them to survive and perpetuate their species.

Leprosy has been found in red squirrels across the British Isles and scientists believe it may have been present in the endangered species for centuries but poses little threat to humans. The last human case of leprosy in the UK was in 1798.

In some very good news for Golden Eagles, the Royal Society for the Preservation of Birds in Scotland has announced that the population of the birds there is now close to historic levels with some 500 pairs present.

Global changes in temperature due to human-induced warming have already impacted every aspect of life on Earth from genes to entire ecosystems, with increasingly unpredictable consequences for humans, according to a new study.

The Helmeted Hornbill of Indonesia looks more like a dinosaur than a modern bird but it is a keystone species of Asian forests and it is endangered because its "red ivory" makes it a prime target for poachers. Indonesia is putting forth a major effort to try to save the species. 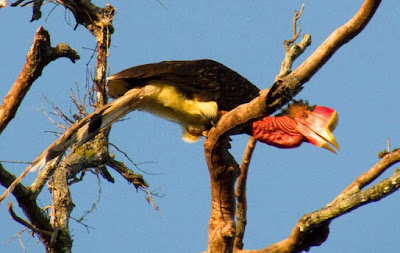 A huge die-off of Tufted Puffins has been washing up on the Pribilof Islands in the middle of the Bering Sea. The die-off is believed to be related to rising temperatures of the ocean causing starvation due to the depletion of their food sources.

The threatened Red-headed Woodpecker thrives in habitats that are dynamic and transitional in nature. Preserving them requires a holistic approach to conservation.

Washington State voters rejected a carbon tax initiative in this week's election. It seems to have been doomed by opposition from some environmental and social justice groups. On a more positive note, voters in 19 states committed more than $13 billion to conservation projects.