November 05, 2016
A roundup of the week's news of birds and the environment: 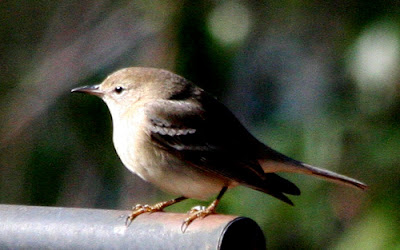 Tiny Ruby-crowned Kinglets are always among the first of our winter visitors to arrive and they are always a welcome sight and sound as they scramble through the shrubbery looking for small insects. They are among my favorites of our winter birds and I'm very happy to report that they are back! I saw and heard the first ones around the yard this week.

President Obama said this week that the U.S. Army Corps of Engineers is studying whether an alternate route for the four-state Dakota Access pipeline, one that would address the concerns of Native American protesters, can be found. Also, various sections of the federal government are discussing with tribal governments how to prevent future disputes over public works projects. That seems like a good start but one that should have taken place long ago.

A few years ago, my neighborhood was host for several months to two Monk Parakeets. Nothing ever came of this "invasion" and finally the two disappeared, either moving on to find other parakeets or perhaps taken by predators. But Monk Parakeets have been incredibly successful in colonizing many areas of the country. There are many such colonies in Texas and they've even managed to find a home in Brooklyn!

Some of the smallest inhabitants of our planet exist right under our noses and under our notice, but these critters can be very interesting and very important to the overall ecosystem. Bug Eric has an appreciation of "small bugs."

War causes incredible human suffering and that is what generally focuses our attention. But it also causes great and sometimes irreparable harm to the environment. An intriguing new bit of research brings home this fact, detailing the damage that was done to seabirds by oil spills during World War II. Surveys of some of these bird populations after the end of the war confirmed that they had dropped by as much as 95% from levels that existed before the war.

Climate change is causing even the oldest and thickest part of the Arctic sea ice to melt and thin, leaving the sea ice cap more vulnerable to the effects of the warming ocean and atmosphere.

Feral cats do enormous damage to wildlife, as well as generally suffering short, nasty, and brutish lives themselves. We know of the toll they take on birds but they kill other kinds of wildlife as well in their struggle to find food to stay alive. In Hawaii recently, they've even been known to kill monk seals, not directly but by the transmission of deadly toxoplasmosis.

The U.S. Fish and Wildlife Service has the responsibility of protecting breeding birds on the Midway Atoll in the northwestern Hawaiian Islands, home of one of the largest colonies of Laysan Albatrosses, but the agency is underfunded and does not have the resources to do everything that needs to be done. In another example of the long-term environmental effects of war, the birds frequently ingest lead paint from the crumbling wartime structures on the island, which the FWS has not been able to clean up.

Two rare Utah wildflowers will receive the protection of the Endangered Species Act after a suit by conservation groups to gain that protection for them. The federal court agreed with those bringing suit. Thus, the White River and Graham's beardtongue populations will receive protection. 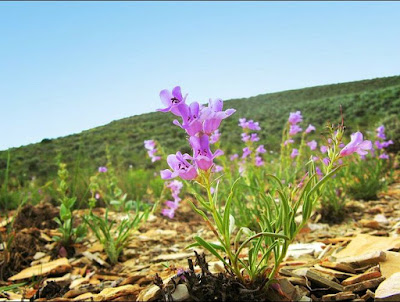 The atmospheric rate of carbon dioxide will hit record rates of 3.2 to 3.55 parts per million this year. By 2017, the amount of carbon dioxide in Earth's atmosphere will be roughly equivalent to what it was 15 million years ago during the Middle Miocene climate epoch.

Twitter is much-maligned and much-misused, but it can be a valuable tool for birders, helping them to find reports of rarities that may be found in a certain area and helping them to connect with other birders.

If the goal of a rise in Earth's temperature of no more than 2 degrees Celsius set by the Paris Agreement is not met, southern Spain could very well be transformed into a desert, deciduous forests would invade the mountains, and Mediterranean vegetation would replace the deciduous forest in much of the Mediterranean basin.

An errant Gray Kingbird, a rarity in Massachusetts, has been drawing birders from all around the region to see it and perhaps get some pictures of it.

A study finds that fruit-eating birds are important to the maintenance of rare plant species. The birds eat the fruits of the plants and then spread their seeds around when they poop them out - a win-win situation for birds and plants!

It isn't only western states that are experiencing drought. New Jersey is in the midst of its worst drought conditions in fourteen years and may need to impose restrictions to protect the state's water supply.

Climate change is even affecting the flaming fall foliage that is iconic to much of the Northeastern United States and to Canada. The warming climate is causing the changing of the leaves to occur later in the year. A century ago, the leaves would already have faded and dropped but now the peak is delayed, giving "leaf peepers" longer to anticipate their pleasure.