Huge wildfires continue to burn out of control in California. One blaze near Big Sur spanned 42 square miles and has destroyed 34 homes, forced the evacuation of 350 properties and put at least 2,000 buildings at risk, as well as causing one death so far.

Common Cuckoos are in decline in some parts of Europe and their migration habits may be partly to blame. The birds that take the shorter migration route to and from Africa through Spain actually have a lower survival rate than those that take a more easterly route.

The populations of Gulf Coast shorebirds have seen a steady decline since the days of John James Audubon.  Nesting on the beach is a huge challenge due to coastal development, off-road vehicles, beachgoers, and pets, not to mention disasters like Hurricane Katrina and the BP/Deepwater Horizon oil spill. The American Bird Conservancy's Gulf Coastal Birds Program is seeking to conserve those birds.

A toxic muck of decaying algae along the coastal waterways of southeastern Florida shut down businesses and beaches and caused officials to declare states of emergency in four counties. All of this at the height of the tourist season.

Many areas of war-torn Syria are cut off from humanitarian aid. Residents in some places are attempting to grow their own food, planting urban gardens.

The survival of a critically endangered hummingbird, the Blue-bearded Helmetcrest, depends in large part on the indigenous Kogi tribe, with whom it shares its habitat in the northern mountain ranges of Colombia.

The island nation of New Zealand has a large number of unique animals that face pressure and possible extinction due to small, predatory animals that were introduced by Polynesian and European settlers. Now, the government has made plans to eliminate invasive predators by 2050, wiping out opossums, rats, and weasels.

Animal welfare groups are lobbying the United States to classify all leopards as endangered, banning the import to the US of leopards killed by American hunters. They hope to replicate the protections introduced in the wake of the furore caused by the death of famed lion Cecil.

The Bird Ecology Study Group blog has a feature, along with some stunning pictures, on the Oriental Pied Hornbill of Singapore, a truly magnificent bird.

Need some solutions to prevent birds from crashing into your windows? The American Bird Conservancy has some suggestions for you.

The pallid sturgeon is an ancient fish that has outlived the dinosaurs, but it may not be able to survive humans and our human-built dams which block their passageways. It is estimated that only about 125 of the fish remain.

The Stresemann's Bristlefront is one of the most endangered species of birds on Earth, with only 15 known to survive. Moreover, they live in an ecosystem almost as endangered as themselves - the Atlantic Forest of Brazil.

And speaking of threatened and endangered species of birds, no place on Earth is home to more of them than Hawaii. Conservation groups are making every possible effort to provide protection for those that remain.

Biologists have long believed that evolution was a very, very slow process, too tardy to be observed in a human lifetime. But recently, they have come to understand that it can actually happen very quickly, as long as natural selection — the relative benefit that a particular characteristic bestows on its bearer — is strong. And where is this most likely to be true? In urban areas. Birds that live in urban areas may be able to evolve much more quickly than was previously thought.

And, finally, just for grins... 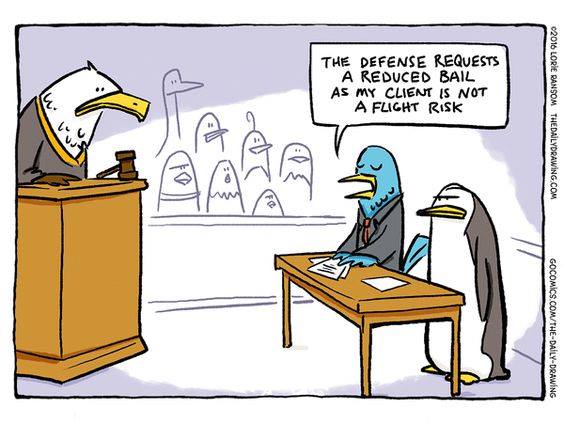