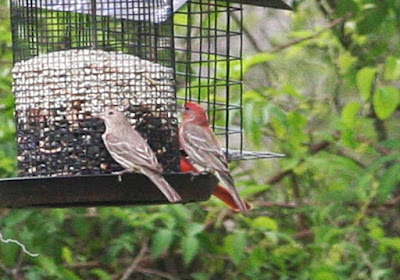 House Finches have been very active in the yard lately. I hear their sweet musical song most days when I am out and about. Here, a pair shares the feeder with a (mostly hidden) Northern Cardinal.

A consequence of the worldwide lockdown because of the pandemic is that the oceans are much quieter these days. The drop in underwater sea noise has been a boon to marine wildlife, particularly whales that are very sensitive to the noise associated with ships.

This administration's response to the COVID-19 pandemic is not an outlier. It is the latest example of a longstanding practice of undermining scientific expertise for political purposes.

In an ambush at Virunga National Park in eastern Congo, 12 rangers were killed along with five civilians. The rangers had witnessed a civilian vehicle being attacked, apparently by a Rwandan rebel group, and had gone to their defense.

Bats play a critical and beneficial role in the environment and the economy and just now they are being unfairly scapegoated as likely vectors for the coronavirus. It is important to defend these essential creatures from unfair persecution. 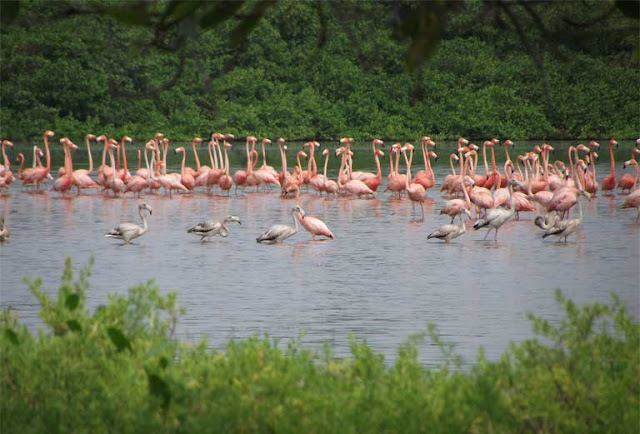 Flamingos photographed at a lake in Venezuela by Alexis Quintanillo.

A new study has found the Flamingos form social bonds not just with their mates but with friends and these bonds last for years.

The American chestnut tree was virtually wiped out by disease in the 20th century. More than three billion trees died. But now there are efforts to revive this magnificent tree, to essentially bring it back from the dead. One of the latest efforts involves genetic engineering.

Those big toe pads that some lizards, such as anoles, have are an adaptation that has helped them survive in hurricanes. It enables them to hold on for dear life. Thus, cataclysmic weather is helping to shape entire species since it favors those individuals with the stickiest toe pads.

The compelling dramas that are captured by live birdcams are drawing more and more viewers in this season of people being sequestered at home.

Climate scientists have been frantically ringing warning bells since the early 1980s. The good news about the pandemic is that it shows unequivocally that science works. It is hoped that the evidence of that may give new weight to the warnings about global warming.

A new study gives a more complex look at the decline in insects. It shows that some insects, mainly freshwater ones, are increasing, but those insects make up only a small percentage of the order.

As climate change causes Minnesota to warm up, with concomitant changes to its ecosystem, conservationists are engaged in an effort to plant more trees there to create forests for the future. 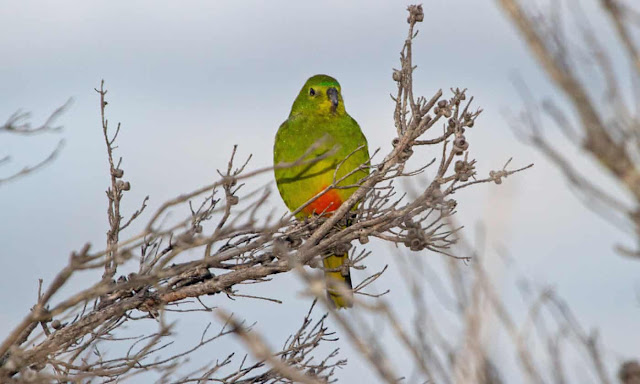 Orange-bellied Parrots, a Tasmanian species, are critically endangered but they are staging a comeback. Their numbers have grown from the low 20s to more than a hundred.

And in the UK, White Storks are making a comeback, too. The first stork chicks to hatch there since 1416 are expected to make their appearance in mid-May.

A project in California is studying whether hazing can keep urban coyotes away from neighborhoods.

And another study is tracking bumblebees with radar to try to learn how to better protect the important pollinators.

Margaret Renkl assures us that all is not yet lost and one important lesson to be learned from the pandemic is just how fast Nature can heal itself when given a chance.