January 07, 2017
A roundup of the week's news of birds and the environment: 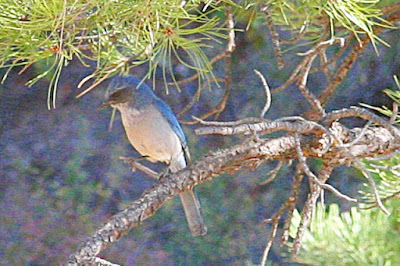 Birds don't sweat, but one of the ways they have of cooling themselves is through their bills which lose heat. That's an advantage when the weather is hot; not so much when it is winter and it's cold. Deakin University research has shown that the bigger a bird's bill is the more time the bird spends snuggling it into its feathers in cold weather to preserve heat.

For those who may need the lesson, the Prairie Ecologist explains how science works and why it matters. There has been much misinformation purveyed by those who are anti-science and, unfortunately, it has been very effective in forming the opinions of many in the public.

One of the ways that science works is that when the winters are warmer, ticks can stay active longer. The Vermont Fish and Wildlife Commission is studying the condition of the state's moose population which is in decline. It is believed that one of the reasons contributing to that decline is the increased pressure of the longer-active ticks.

Scientists reported this week that it took the eggs of some non-avian dinosaurs (like the duck-billed, for example) up to six months to hatch. 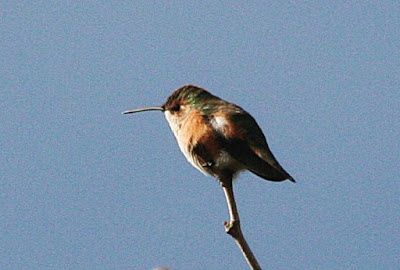 It turns out that hummingbirds, such as this Rufous, fluffed up against the cold in my backyard this week, see motion quite differently than other birds. That really is not surprising since these little guys zip around at 60 miles per hour much of the time. The world must look very slow to them.

In 1962, Rachel Carson's book, Silent Spring, was published. It is not an overstatement to say that many species of birds today owe their survival to this point to Carson and her book. It helped to change the way that we think about the environment and our impact on it. The New Yorker is currently featuring the book on its website. If you've never read it, here's your chance. The magazine divides it into three parts, Part I, Part II, and Part III, which are all currently available.

Republicans in charge of the legislative branch are determined to sell off America's public lands. They are changing House budgeting rules to make that easier to accomplish.

On their migration routes, birds always seem to be chasing spring, that time of the year when the Earth is bursting with life, including insects and fresh young buds. As the planet warms and spring arrives earlier and earlier, it becomes harder for the birds to adjust their routes and their time of flight in order to take advantage of the season.

John Platt of "Extinction Countdown" has a list of conservation stories from 2016 that you might have missed.

Many songbirds have adjusted to thrive in suburban settings, but many others are not able to tolerate such close quarters with humanity, and, as the suburbs continue to expand, those birds can have difficulty finding appropriate habitats for breeding. 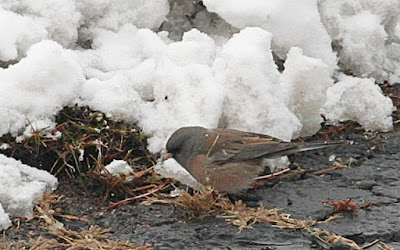 Dark-eyed Juncos, like this one that I photographed on a parking lot in Colorado, can live comfortably in suburban settings. 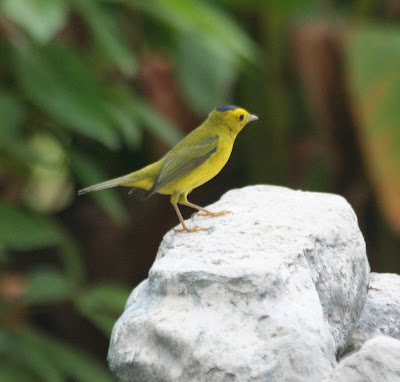 But Wilson's Warblers avoid them like the plague, although this one had no problem stopping by for water at my backyard fountain on its spring migration.

Migrating birds face a multitude of challenges. Here is an explanation of some of the ones faced by shorebirds that follow the Atlantic Flyway.

A warming climate brings both advantages and problems for some birds. For example, it allows Brants to successfully raise more young, but it puts the brooding females in greater danger of predation.

Identifying gulls can be a frustrating enterprise at any time of year - at least for me. But Amar Ayyash of "Anything Larus" maintains that "'Tis the season for gull-watching." And all I can say is, "Good luck with that!" 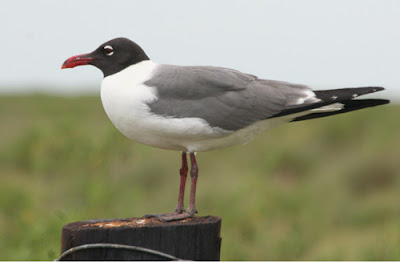 At least I can identify the Laughing Gull which is the one most commonly seen in my area.

Britain had an unusually wet 2016, with heavy rains throughout most birds' breeding season. The inclement weather took its toll. Many birds found it difficult to successfully raise their young in such weather.